Another of my old school favorites passed away recently. Ben Hawkins was a few years ahead of me at Nutley High. I recall sneaking under the fence at the Park Oval to watch him terrorize Montclair and Clifton on Saturday afternoons. 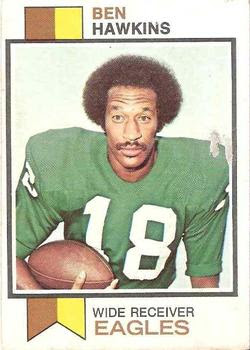 He went on to a great career at Arizona State and played for the Eagles and Browns  in the NFL and with Philly in the WFL. He led the NFL in receiving yards in 1967.

He was known for having that loose chinstrap flapping around when he played. In the video at the bottom he explains how that habit came to be and shows a few clips of him having his helmet knocked off. 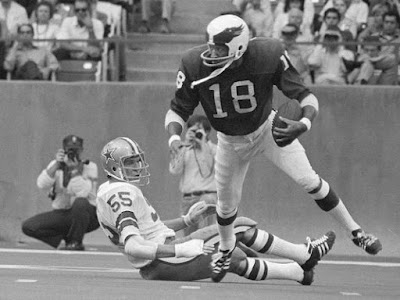 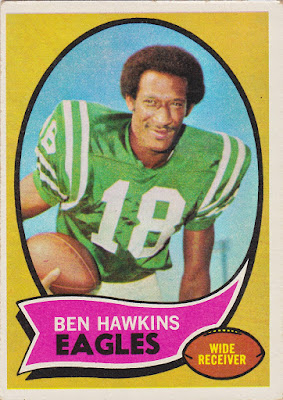 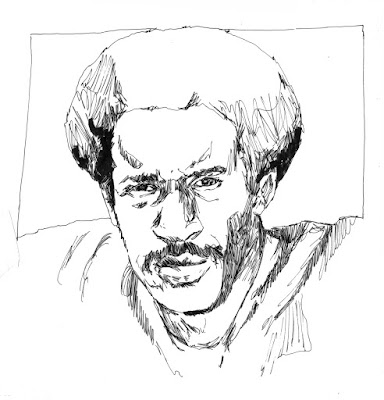