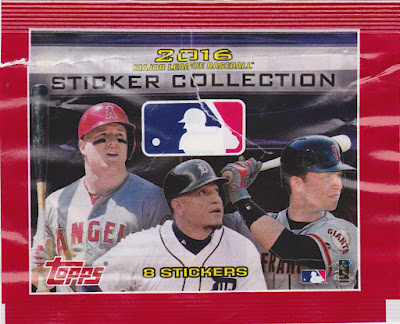 The Target I visited in Dallas last week had packs of 2016 Topps stickers on sale for 74 cents each. I figured 'Why Not?...at the very least I can make a blog post out of them. (Note: They also had Revolver Brewery's Blood and Honey wheat ale on sale but that's for a different kind of post.)

These things were tough to scan because of the bright white borders so I re-did them in album pages and that worked. You get eight in a pack and here is what my pack contained: 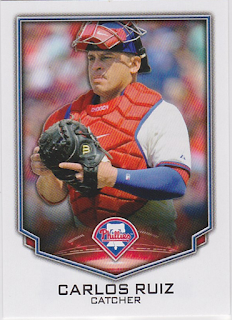 Not a bad design. Topps has certainly done worse with various products. Move the players name over to one side, his position to the other and use the space for more photo acreage and you'd have a nice full sized card design. Maybe a Bowman design.

I'm in a second fantasy league this year. I got roped into an 18 teamer. That means talent is spread pretty extreeeemly thin. My catcher is Carlos Ruiz. I've tried every week to find someone better but it's slim pickings. Never again. To add insult to injury I've made 90+ waiver claims, by far the most in the league. None of the guys I grab are any better than the guys I dump but at least I'm trying. I'm in 10th place and last I looked 8 of the guys in front of me had made less than five moves. Most of those guys aren't even paying attention. It's very humbling.

Here's a look at the back of the sticker. These things are made to be peeled off and stuck in an album so there isn't much point in creating a fancy back for them. 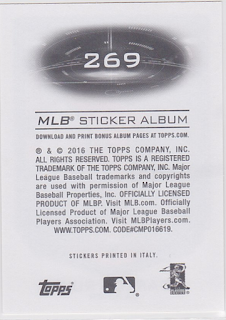 Coco Crisp, whose Wikipedia page instructs us that he is "Not to be confused with Cocoa Krispies." His real name is was Covelli Loyce Crisp. Apparently he's legally changed it to 'Coco Crisp". Man, the things you learn on the 'net! 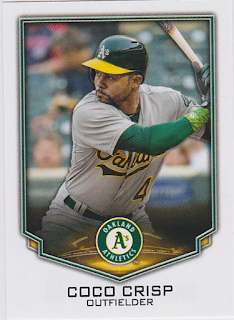 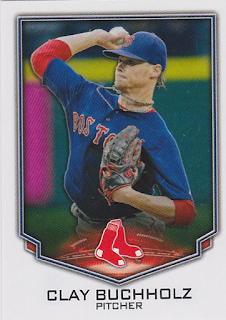 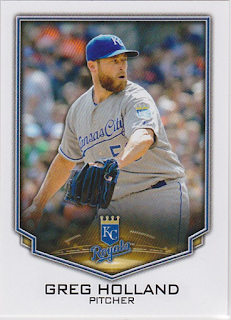 I had Greg Holland on my fantasy team last year, at least until he got hurt. Wade Davis took the closers role and the Royals did OK as I recall. 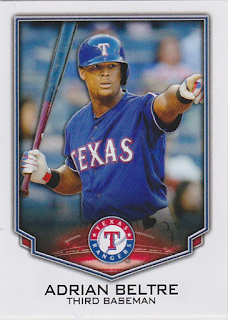 I saw Beltre's name on ESPN on someone's list of the 'Ten Best Third-baseman Ever'. I'm unqualified to comment on that assessment. My list consists of Brooks Robinson at #1 and every other guy who has ever played third tied for #2. 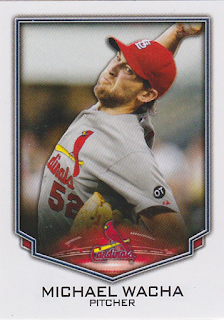 I don't know Micheal Wacka but that's a fun name. Almost as much fun as 'Coco Crisp'.

I got two team stickers, or is it four? It's really hard to see in the scan but these are two stickers on one backing paper. They can be peeled individually. 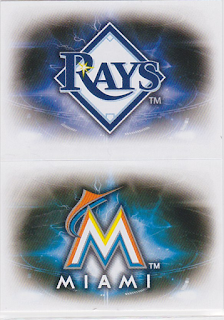 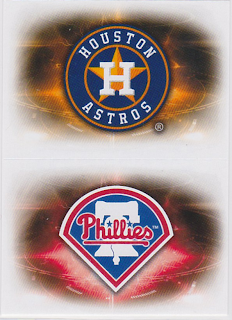 And each team sticker has it's own number. 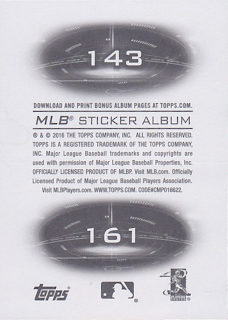 Target had Star Wars sticker packs on sale and I bought one but I am not a Star Wars fan so I'm holding it for when I find someone who is.

Posted by Commishbob at 1:02 PM