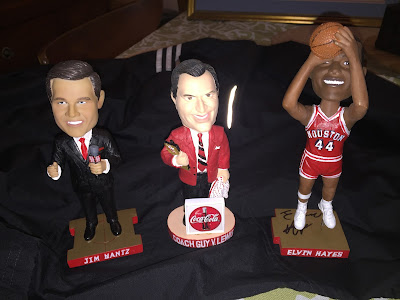 Last week I attended a performance by the Spirit of Houston, the University of Houston Marching Band. Proceeds went to the band's scholarship fund. A silent auction was held in conjunction with the show and lots of UH sports memorabilia was up for bid.

I won a couple of lots and my favorite was this group of three UH related bobbleheads. The Guy Lewis is a dupe and this one will end up with a friend but the other two were new to me. Jim Nantz is a UH alum and he does a lot for the school. He joins Vin Scully and Chuck Thompson in a group of three broadcaster bobbleheads I own. Not too exciting but all three are among my favorite media types so that's pretty cool.

The one I really wanted was this guy, The Big E, Elvin Hayes. 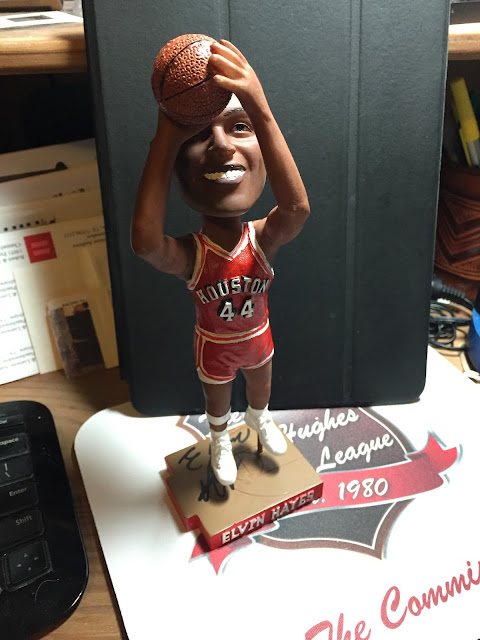 The base is signed. 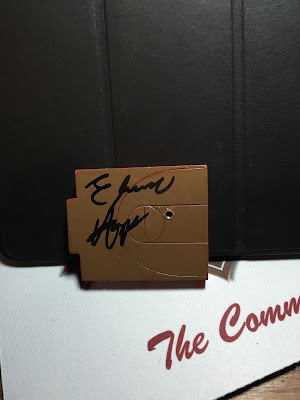 Hayes does Cougar hoops radio broadcasts so he's around the school a lot these days, and that's a good thing.

I recently had to install a couple additional shelves to accommodate more of my display items as I pull them out of boxes. 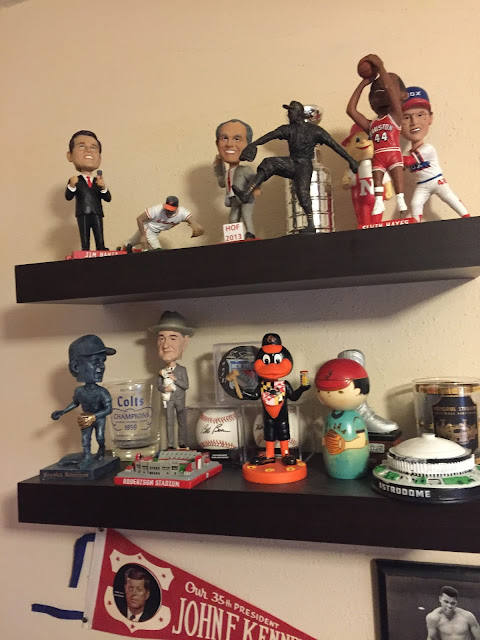 More shelves coming soon.
Posted by Commishbob at 10:11 AM