A Battle of Wills 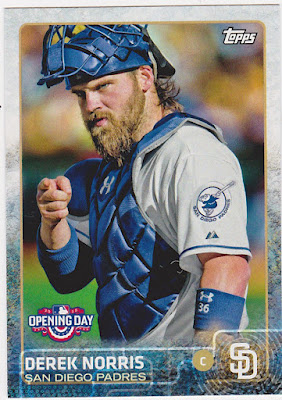 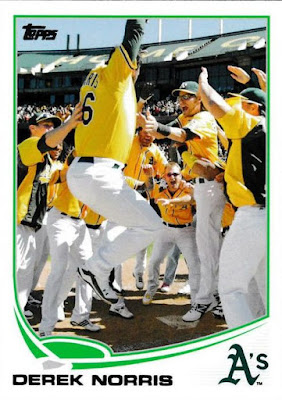 
Off On A Tangent Comment: Lots of folks love these kind of cards but I'd rather that a guy's base card at least show me the player in a way I'd recognize. But that's a debate for someone else's blog.

Back to the the Norris '15 Opening Day card. After my fantasy year was over I went through my binder. I looked for any card I could reasonably 'upgrade' from 'placeholder cards' (minor league card, wrong team, die-cut card, etc) to one with the guy's correct team.

I found the Padre Norris card with a "$1.15 BIN or Best Offer" price on eBay. I usually try to limit my fantasy cards to no more than a buck including postage but this was the cheapest one I saw. (Yes, cards are cheaper on COMC and SportsLots but with those I have to wait to buy enough to make the shipping worthwhile). Just for grins I offered the guy $1. He declined and counter-offered with $1.08 (LOL). So here we were, a dealer and I in a showdown over a crummy 2015 card and 7 or 8 cents at stake.

My online poker days are behind me so I just folded to his bluff and paid the $1.08.

I really like how bad ass Norris looks in this shot. Too bad he did nothing for my team in the week or so I had him.
Posted by Commishbob at 6:00 AM