Mark Hoyle's mail-outs are truly like Forrest Gump's 'box of chocolates'... you never know what you're gonna get. But it's always fun.

Mark delivers an eclectic mix of old and new and almost always includes at least one really neat oddball item. One of his packages arrived late in the week and as always it was fun to open. The 1969 Johnny Callison stamp fills a need in my Callison checklist. Callison was never a superstar but he was a solid pro and four time All Star for the Phillies back when they were 'my team' in the N.L. 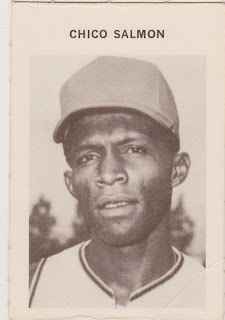 Chico Salmon was a handyman for the Indians and Orioles in the 60s and early 70s. He played on the three AL pennant winning Orioles clubs of that era and got a hit in the 1970 Series. It was his only Seres at bat for the Birds and he will forever have a 1.000 World Series batting average. His SABR bio is a fun read.

This is his Milton Bradley game card from 1969. I posted some of my other cards from that game last year. This Salmon card is new. I have a signed Salmon postcard somewhere that I need to dig up. 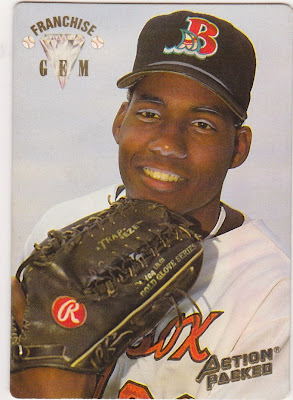 How about this Action Packed Alex Ochoa? These AP cards are embossed and scanning it makes it look like he's wearing eyeliner, doesn't it? Looks like Ru Paul with a ball glove. 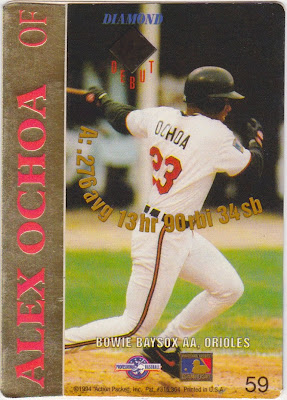 This is the back of the card but it could just as easily be the front. And probably should have been!

Mark also sent along some newer Orioles, some vintage and semi-vintage Orioles and a nice hoops surprise!

'72 Cro Crowley. He was a better situational hitter than he was a hitting coach. 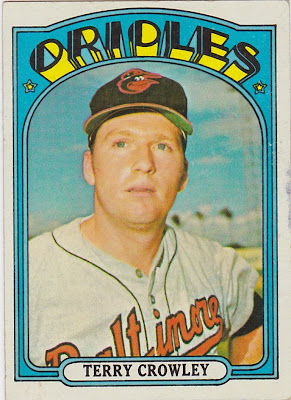 I like this Fleer set more than I probably should. At one point I had it in a binder. Yup, that guy was me. I cannibalized it to reuse the pages. 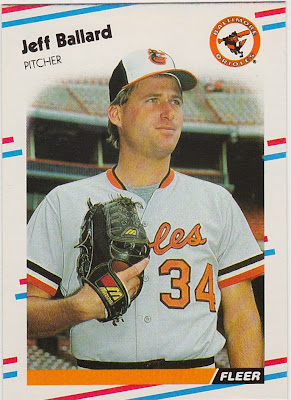 This is my favorite Adam Jones card. He's a throwback guy on a throwback card. He signed more autographs during the spring games I attended than any other player. 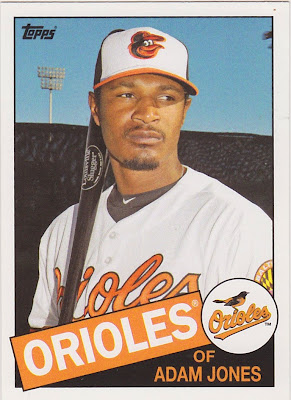 And here is the hoops card. A 1975-76 All Star Rick Barry. He was sort of a prickly guy but boy, could he play the game. In this season he led the NBA in FT percemtage for the fourth time. He did it six times in all. I remember trying to imitate his unique free throw technique in intramural hoops Didn't work as well for me as it did for him! 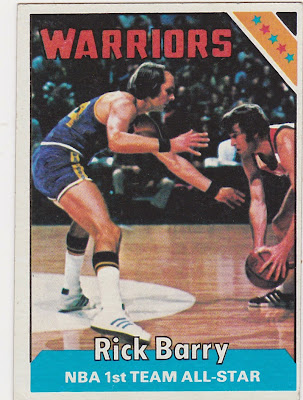 I believe that's Mike Riordan that he's guarding in that pic on the card. Funny, I recognize a rather obscure 70s Bullet player from the 70s but outside of the bearded Hardin guy on the Rockets and Lebron James I wouldn't know a current NBAer if I met one.

Anyway, a big thanks goes out to Mark for the cards. Always, always appreciated. And Mark, I'm still on the look out for a Galen Cisco Topps Giant!!

I almost forgot...here is a shot of Barry's FT style, and as a bonus, a look at one of the greatest unis ever! Smooth! 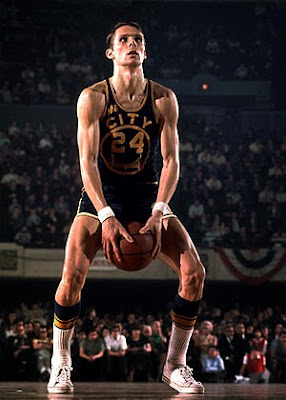