Frank Robinson, with the Reds 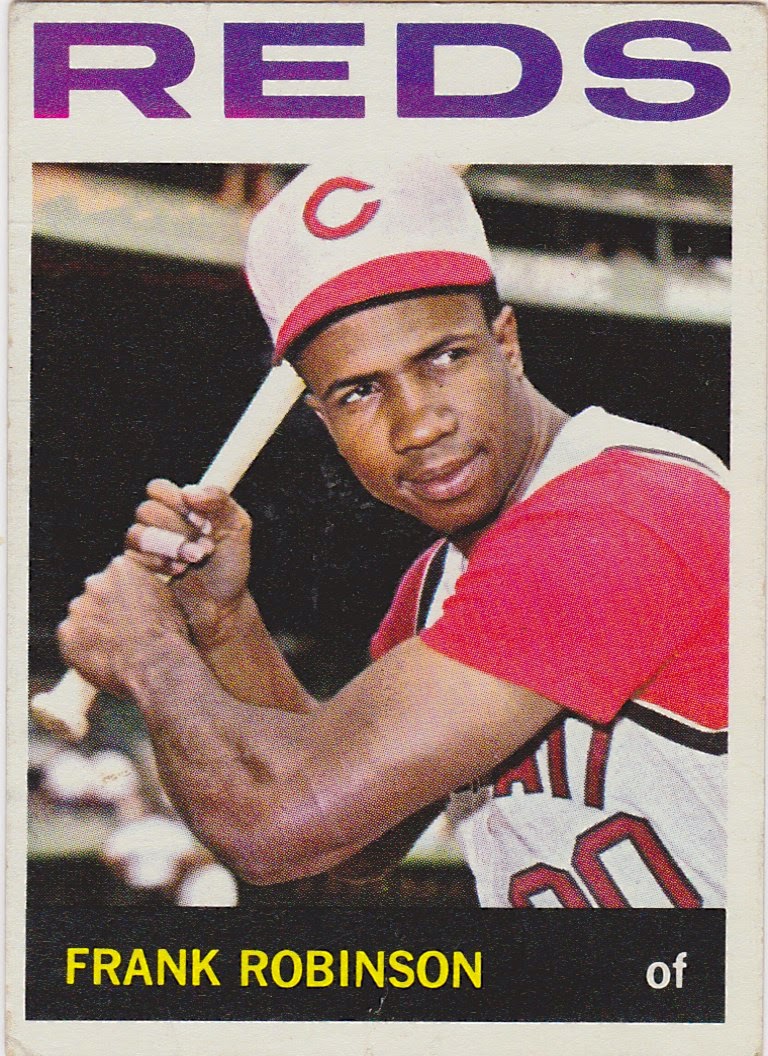 I've been sorting and storing a lot of cards lately. Getting organized comes hard for me since I am by nature just a 'stack it and forget it' kind of person. I came across my stash of assorted 'Favorite Orioles player non-Orioles cards' last week. Out of that stack of Frank Robinson, Mike Cuellar and Dennis Martinez-dominated stuff I pulled these 'FRobby as a Red' gems.

Hard for me to pick a favorite out of these. The '64 at the top looks to be a Polo Grounds shot which you make it seven years old when the card was issued. Frank looks young in the pic but not THAT young so who knows? 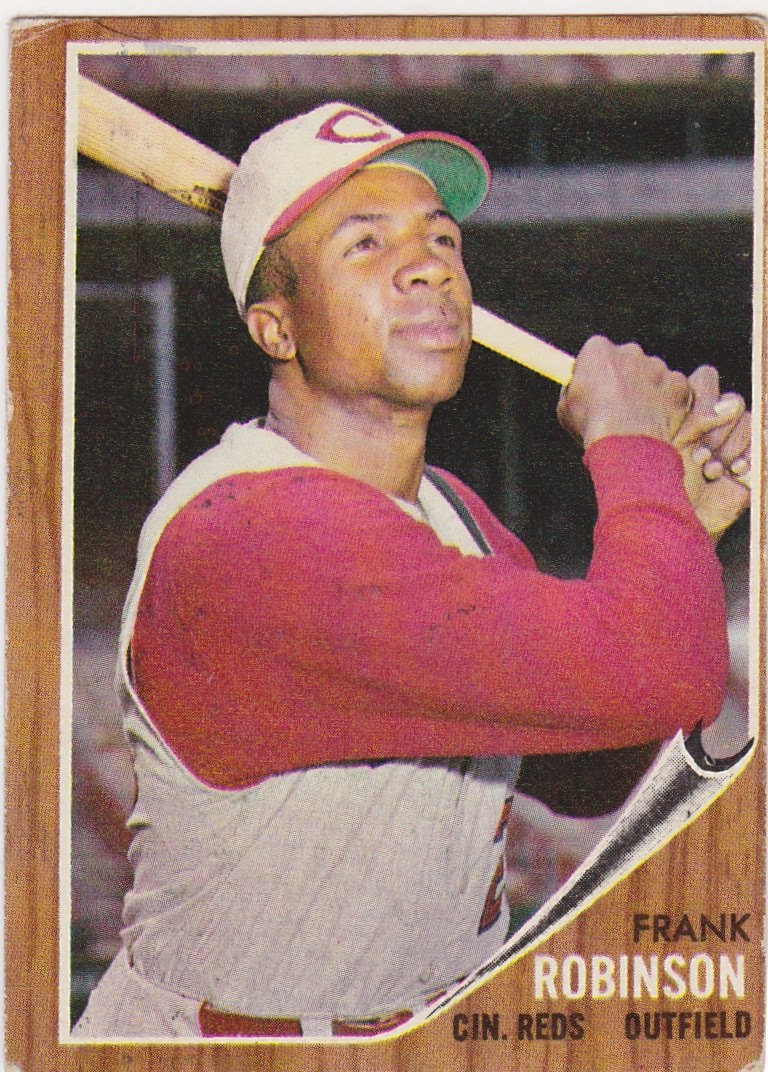 A pair of 62s are next. I'm becoming more and more enamored of this set as I look at more of them. I'm almost positive that the regular card is a  Polo Grounds shot. I'm basing that on what I've seen of the seating area behind home plate.

Now the All Star card shows red seats in the background. That would be Connie Mack in Philly.And I know based on my '59 blog research that Topps used that place for some of their photography. 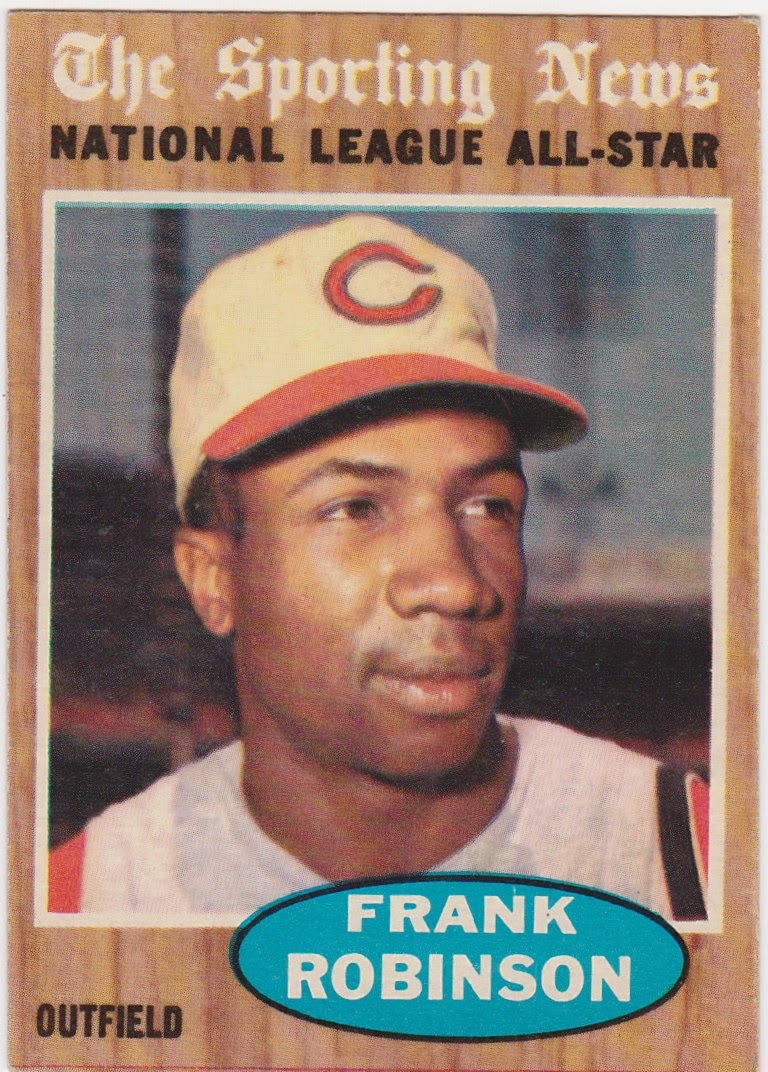 And finally we have his '57 Topps, a classic rookie card of the 50s. You get a look at his slightly choked-up grip in this one. With that unfocused background it's hard to say where this one was taken. I'd say the Polo Grounds based on the light standard but again I can't be sure. 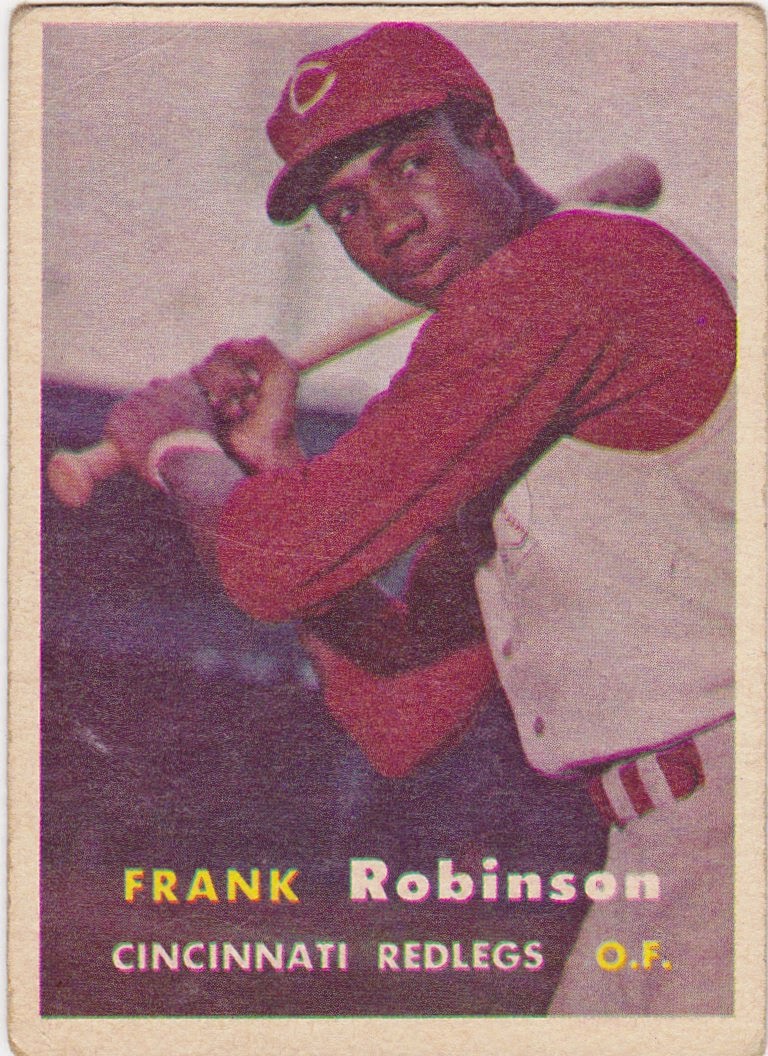 Of course the bigger questions are probably "what does it matter?' and "why do I care?". I can't answer that. Just something I'm interested in I guess.

*-I'll refrain from mentioning the fact that he's pretty much in cruise control over at his blog while I'm snowed under with about six year school related projects and can't be expected to have my head on straight. No I won't mention that at all. ;-0