I Know, I know

I get it. Posting cards of your fantasy players to some is the blogging equivalent of a co-worker showing you his pictures of the family trip to Branson, or the cute shot of her cat sleeping under the table. But I've got nothing else so you get to see what showed up in the mail on Saturday.

And besides, my team, Ted's Frozen Head, is rocking along in second place at the moment. This in a big money league in which I am the 'fish' to the other nine 'sharks'. Two huge weeks vaulted me from 7th to 2nd. So let me wallow in it while I can.

I added Jon Singleton to my team in a Not Active slot. I figure one of these days the 'Stros are going to get tired of Chris Carter's .000000078 batting average and bring this guy back up. 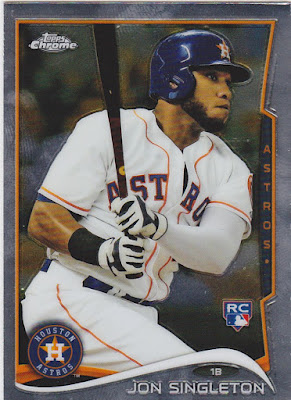 Carlos Frias was a nice addition to my staff...right up until he got shelled relentlessly earlier this week. (UPDATE..he pitched like a boss last nite!) I don't know who the other guy is. This is Frias' only card at the moment so I'm stuck using it. 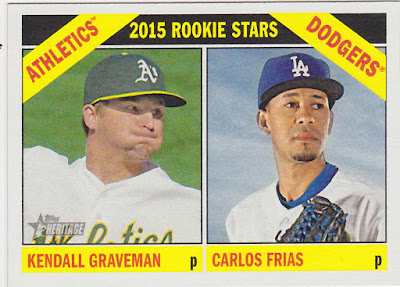 Last Sunday my regular catchers, Brian McCann got dinged up during a long night game against the Red Sox. On Monday I figured "gimpy catcher, day game after night game" and I sat him for this other McCann. Of course Brian McCann hits a homer, scores twice, etc. The Tigers dude did squat (pun intended). Figures. 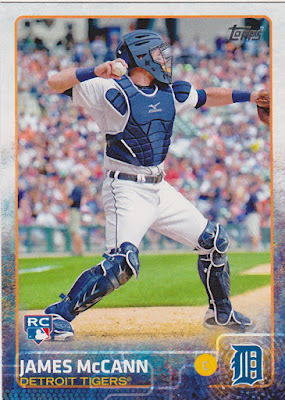 I already had a card of Melky Carbera. That means I have twice as many cards of his as days he spent on my roster. I can be very impatient. 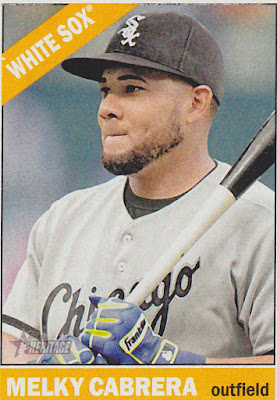 That Cabrera replaces this Cabrera in my Ted's Frozen Head binder. 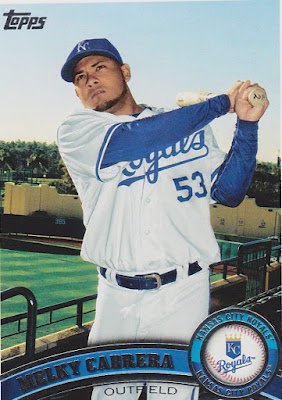 I like this card better but the new one has him on the Sox which is who he's playing for during the very brief moment I had him.

I know others play the 'Does it make the binder? game. I do, too. I like getting a new card of a guy and agonizing over whether or not it's 'cooler' than the one already in place. For example: 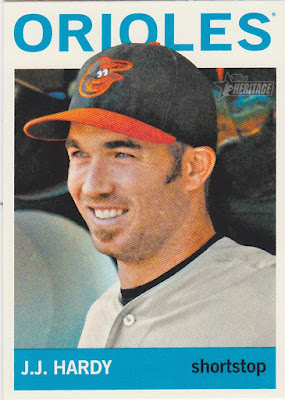 then I got this one from the Nachos Grande group break..... 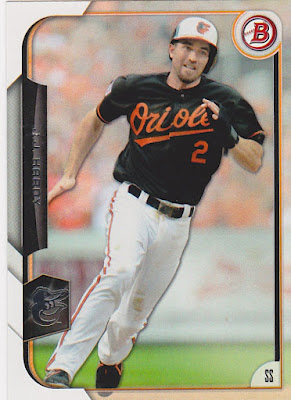 Yes, Hardy's name is hard to read, and yes, I don't care much for baseball players wearing softball shirts but I like this card much more. So into the page slot it goes!