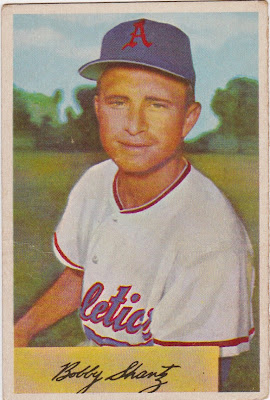 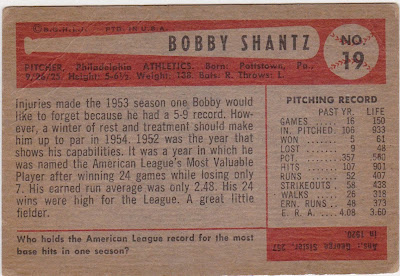 Last Saturday was highlighted by a visit to the monthly Houston-area card show. Shows don't roll around like they used to so I try to make it out to this one when I can. It's a 'throwback' show, hotel meeting room type deal that's friendly and fun. Lot's of vintage stuff and many of the dealers have bargain boxes well worth the time to rifle through.

This time I loaded up on 1960 Topps, taking a healthy bite out of my wantlist. I brought home more than 60 and averaged less than a dollar a card excluding the one big ticket card I nabbed.

I also accomplished a couple other goals I had going out there. I was able to find a few cards for other people's lists and I grabbed a handful of nice Bobby Shantz cards. The '54 and '55 Bowmans are really classics. I plan to send these to Bobby and have them signed. Or at least one of them.

He's a terrific TTM signer. And he fits in my latest casual project which is getting cards signed by players I saw at Yankee Stadium back when I was going there with my father. 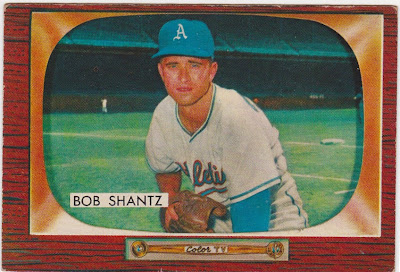 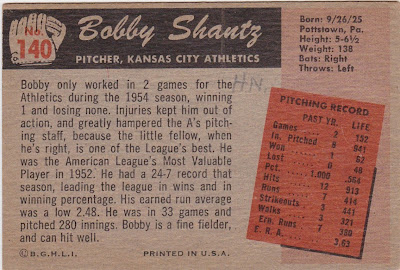 The 1961 Topps MVP subset is one of my favorites. Shantz is included in it. He had a really sterling 1952 season. 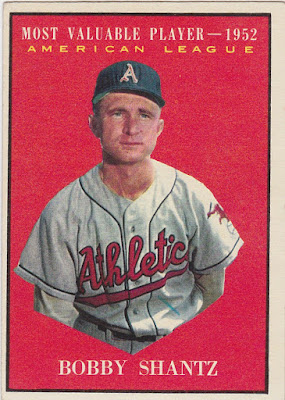 Posted by Commishbob at 9:03 AM