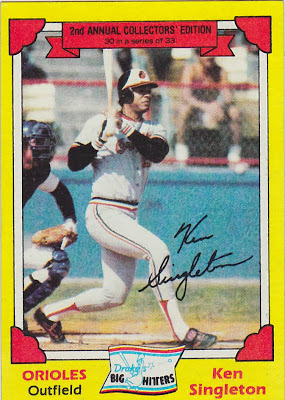 I was poking around the net for a project I am doing and came across this little blurb on Ken Singleton's Wikipedia page:


In the 1986 edition of the Bill James Historical Baseball Abstract, James' wife Susan McCarthy picked Ken Singleton and Carlton Fisk as the best looking players in the 1970s. In a subsequent edition, James wrote that, upon reading the entry, Singleton sent her a thank you card.

That made me laugh. I was a big fan of Singleton when he was spending a decade as an Oriole but it never crossed my mind that he'd be admired for his looks. His swing, sure, his class, definitely, but not his looks. Shows what an un-observant guy I am.

That's a Drake's Cakes Big Hitters Singleton from 1982, the heyday of oddball licensed and unlicensed food issues. Here is the back. Looks like a typical Topps card. 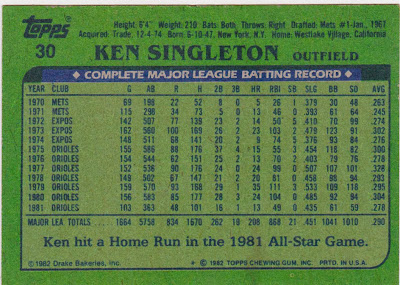 BTW.... when I think of Drake's Cakes I fondly remember these:

Icing-less cupcakes that I ate regularly with an RC Cola after throwing my Newark Evening News route as a kid. Good times, baby.

Here are a few shots of Singleton as a player and today. What say you, Ana Lu? 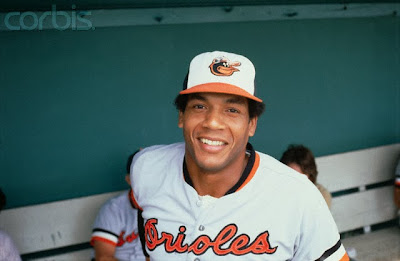 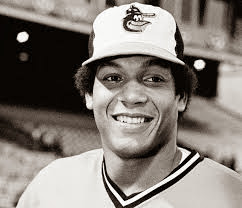 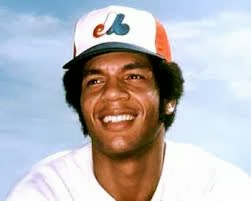 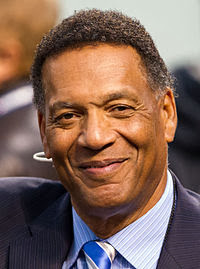