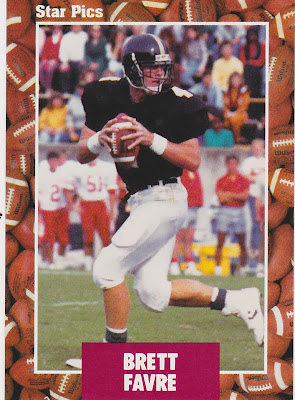 Here is another of my many "Why did I buy this?" finds I've made while recently digging through boxes. It was something I sent off for I believe but I might have picked it up at a card shop. 112 cards packaged in a box. Mostly college 'stars' with a few 'flashback' cards of guys who were already in the NFL. Autographed cards were seeded into random boxes, mine didn't have one.

Lots and lots of unknown college linemen and such. A few cards of name players crop up including a mullet-headed Brett Favre. He majored in Special Ed. Here's an odd fact... Favre's Southern Mississippi team played just two home games in his senior season. They went 7-4 and beat two ranks SEC teams on the road, Alabama and Auburn. 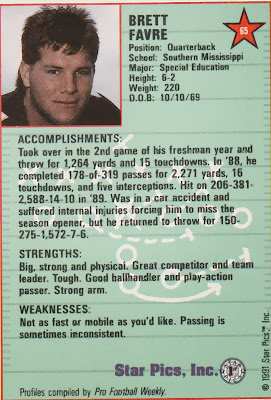 Herman Moore was stud for the Lions in the early/mid 90s. I'm reminded of him when I watch Andre Johnson play, and not because they both played at Miami. 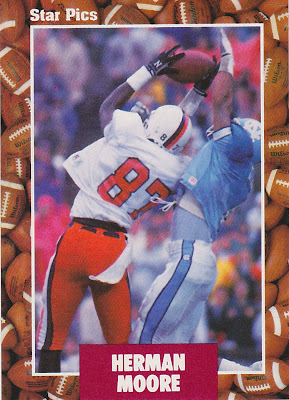 The only Husker in the set, Mike Croel. Go Big Red. 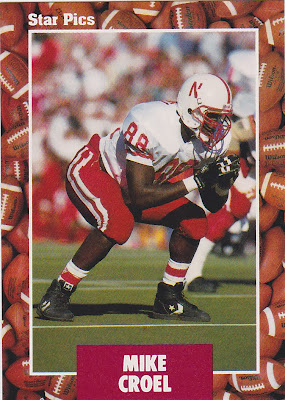 Here is one of the flashback cards, Emmitt  Smith. Troy Aikman has a flashback card, too. The others were Deion Sanders, Barry Sanders, Derrick Thomas and Jeff George. 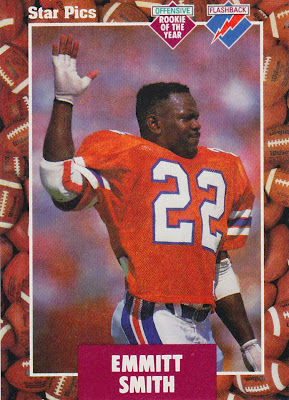 Leigh Steinberg, Agent. Who the hell wants cards of pro agents? There were several in the set. Steinberg was easily the most well known agent of the era. 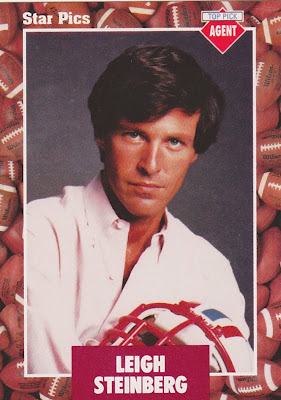 Posted by Commishbob at 3:40 PM