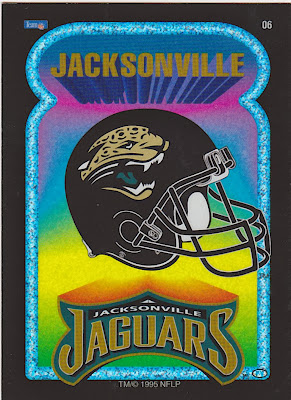 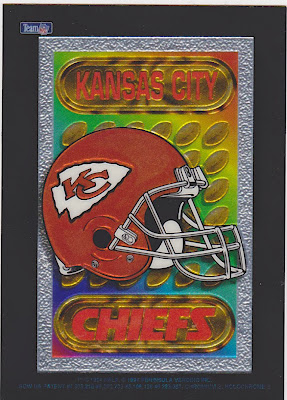 When my kids were younger we had a regular hamburger place we'd hit a couple of times a month. My boys loved it because not only were the burgers top notch but the place had some terrific vending machines. I dropped a ton of quarters into two in particular. One had the mini football helmets. Not the crappy little cheap ones that you had to apply the sticker logos to yourself, but a nice quality little painted helmet. I know that over time we put together the whole set. My boys had them displayed in their room. 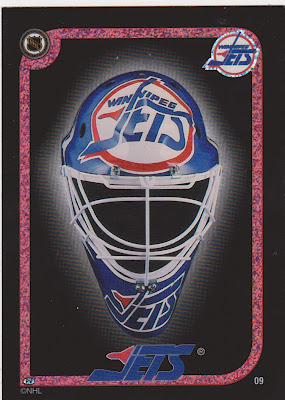 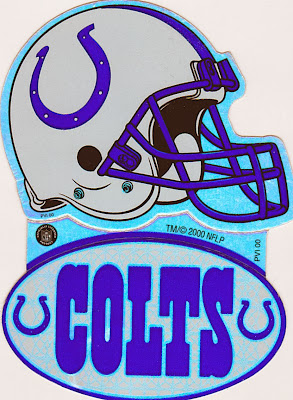 The other machine pushed out the shiny sparkly stickers I have posted here. They came inside a folded cardboard 'pack' and ran a quarter or fifty cents apiece. The burger place always had NFL stickers and the two up top came from there. They are dated 1995 which would have made my boys six or seven when we picked them up but I'm guessing they were purchased a few years later than that date.

I don't know where the hockey one and the snazzy Colt sticker were obtained but I suspect some other place we came across in our shopping/eating travels. I used to be interested in goalie masks and I had a nice little stack of those stickers myself. That Colt helmet sticker is dated 2000.

I came across these when I was clearing out the binders that my sons kept their collections in. Makes for some fun family nostalgia. They had Mark Brunell and Junior Seau PCs along with tons of junk wax 'stars' (or guys they considered stars) and plenty of non-sports cards. I think I posted a Pink Power Ranger collection I came across on here some months ago. I couldn't argue with their taste if you know what I mean.