So I bought a pack of hockey cards

Really, I did. Don't get me wrong, I love hockey. But I bet I haven't bought a pack of hockey cards since the Pro Set cards circa 1990. But I was killing time in a Target store yesterday while my wife was shopping. I looking at the stuff they had in the card display aisle and I was totally uninspired by what was available in terms of football and baseball. But I just had the 'itch' to buy a pack of SOMETHING, anything.

And I spotted an open (and probably untouched) box of this: 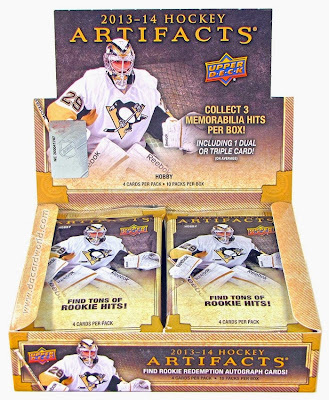 I opened them at home and saw there were only five cards. I guess I shouldn't be surprised given that a) that's probably pretty much the norm these days for anything that not a base set and b) it says 'five cards' right there on the pack but I didn't bother to read it.

Anyway the cards I got were pretty nice. No Rangers were in there but at least most of them were either from Original Six teams or a team I root for over in the West. 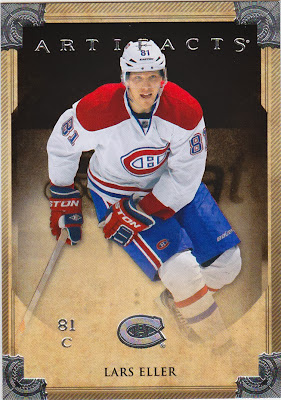 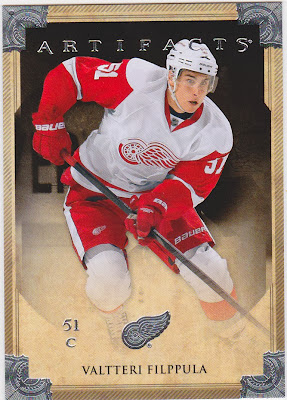 Those first two guys I know nothing about (I like hockey, that doesn't mean I follow it all that closely). Doug Gilmour is another story. He played for just about every team in existence and was elected to the Hockey Hall of Fame a few years back. This is my favorite card out of the pack because he is, well, a H-O-F guy and that Leafs sweater is just about as nice a uniform element in existence. Love the Leafs' gear. 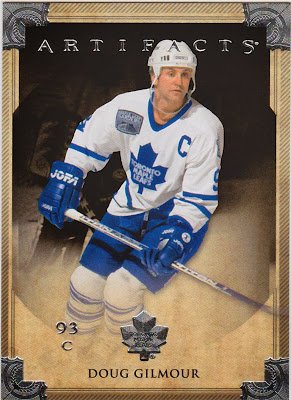 One of my sons is a big Avs fan and he is pretty pumped about Patrick Roy's coaching job so far. 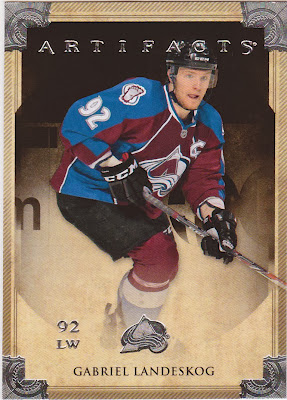 Here is a look at the back of one of the cards. Nothing special. 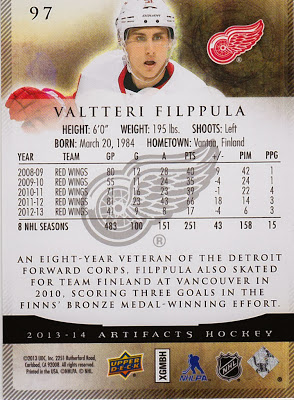 The fifth card in the pack is a New jersey Devil. Ugh. 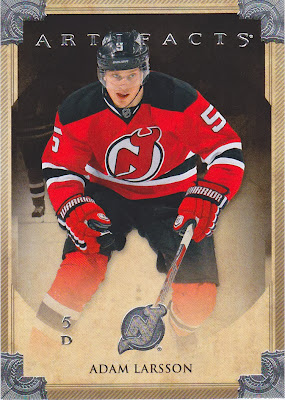 Too bad is wasn't THIS card: 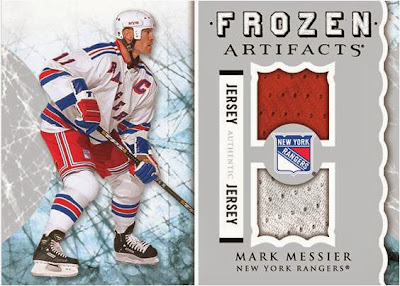 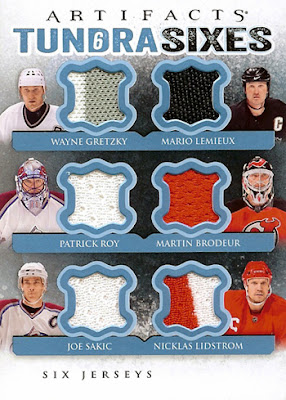 Posted by Commishbob at 1:49 PM

Email ThisBlogThis!Share to TwitterShare to FacebookShare to Pinterest
Labels: hockey