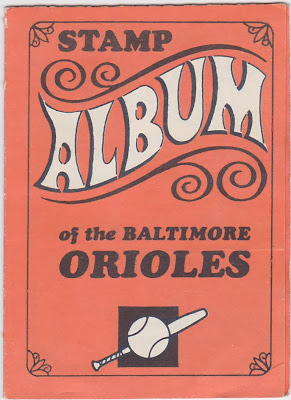 Topps put these stamp albums out for every team in 1969. I remember the stamps more so than I do the album itself. I'm pretty sure I picked this one up in the 80's when I was hitting every card/memorabilia show in Houston. And back then there were several every month of various sizes. I loved nothing more than going through the paper junk that many dealers would have in boxes on their tables. I found some really cool pocket schedules, bumper stickers and Topps inserts that way. 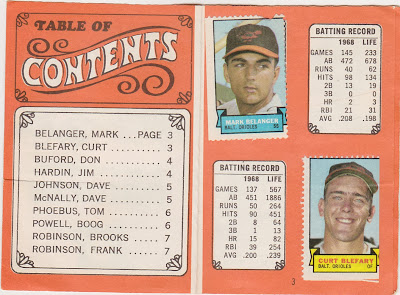 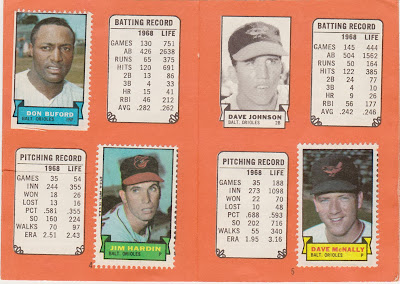 Most of the core of the '69 AL championship team is included. Notable in their absence are Mike Cuellar who had been acquired from the Astros in December of 1968 for (the included Curt Blefary) and Jim Palmer. Palmer had spent the '68 season rehabbing his injured shoulder/elbow and had gotten just scattered minor league innings that year. In fact he had been placed on waivers at one point late in the year and was left unprotected in the expansion draft! He pitched in winter ball for Frank Robinson in Puerto Rico and the soreness that had affected him for over a year disappeared. 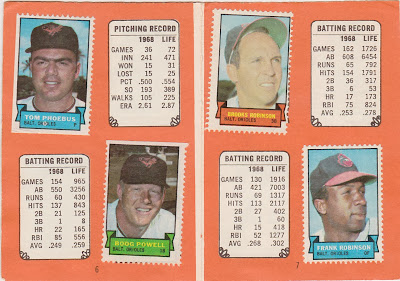 The back page with the lame facsimile autographs shows the Orioles' album to be "No. 13 of 24" which indicated that they were numbered in alpha order with the NL first. 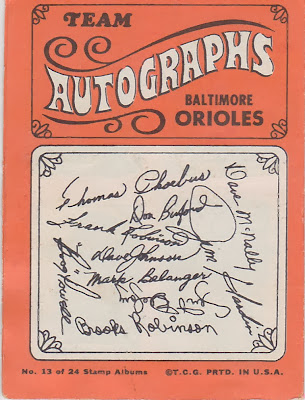