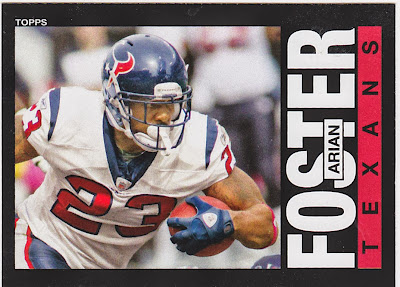 I had my fantasy draft last Wednesday. I only participate in one league, my league. I've tried one or twice to play in another league but I can never give it the effort I put into mine.

This is our 34th season. As far as I can tell there is only one league in the US that has played continuously since before our first year, 1980. That league is one year older, founded in 1979. Every year I hope they disband. One other group has been around since the mid 70s but for many years they were more of a football 'pool'. At least that's all I can find using the internet and believe me I've tried.

Our draft is always fun. We get together in the Houston Medical Center where one of our owners is a tech director and gets us a big room full of tables laden with computers. It's a lot like the NFL's war rooms.

I have a collection of cards of the players I've had on my team since Day One. Adding my new draftees is Job One the day after the draft and the cards I needed arrived today. So my opening day line-up is complete in my binder. I am willing to overpay to get cards of players quickly rather than wait until more common cards are available. I'm quirky that way.

So, without further ado, here are my '13 Baltimore Flyer starters: 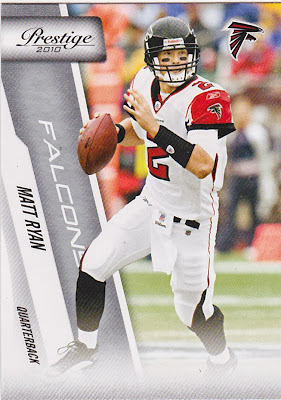 My quarterback is Matt Ryan. I had Peyton Manning last season but dealt him for Ryan a couple of weeks ago. Ryan plays in better weather and is more likely to still be standing later this season. That, plus I was able to move up in a middle round of the draft as part of the trade. Ryan become one of my three allowable 'keepers'. 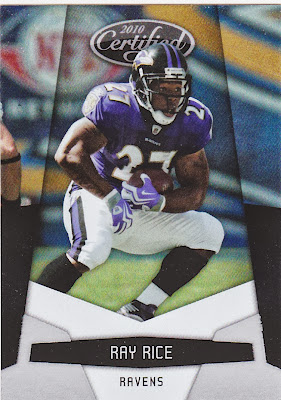 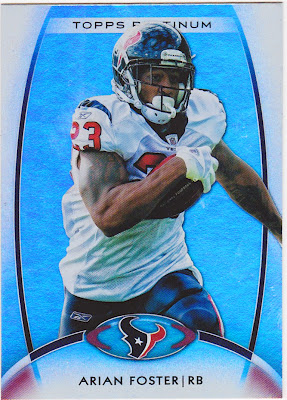 Here are my other two 'keepers. Both Arian Foster and Ray Rice have been on my club for several seasons. Runningbacks are gold in my league (and most leagues) so having two studs has been very beneficial. Foster has been a health concern this summer and frankly I considered my options with him. But I couldn't get value in a trade and I wasn't about to risk letting him go and regretting it later. So I'm rolling the dice and he's still my guy. Plus, I get to see him play every week, in person or on TV. There is something to be said for that.

The Foster card at the top of the post is my favorite card of his but it will not go into my Flyer binder because it is a horizontal card and in my hierarchy of cards vertical cards of a player in the correct uniform trumps a horizontal one. 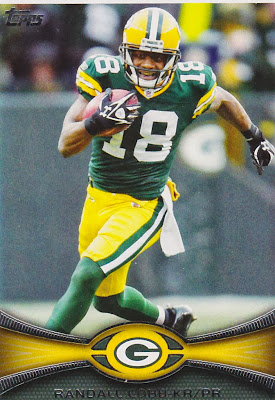 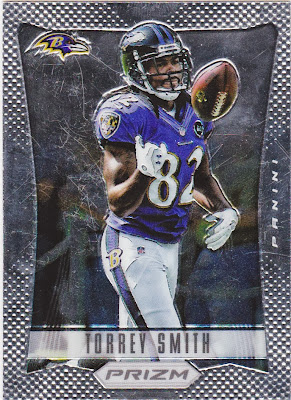 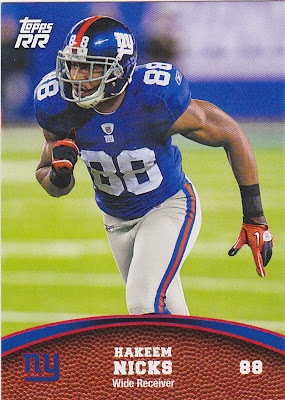 Having kept a QB and two RBs I knew I'd have to concentrate on receivers early in the draft. We use three and we combine wide-outs with tight ends (we are a dinosaur league after all) so I grabbed the best guys on my list with my three first picks. Randall Cobb, Torrey Smith and Hakeem Nicks each bring some sort of issue with them but I'm satisfied if not overly happy at the receiver spot. 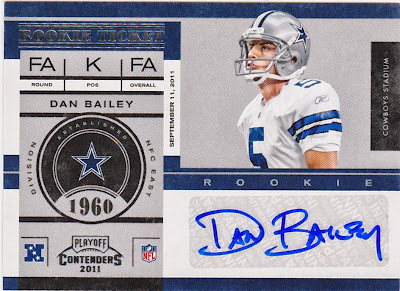 I always avoid the 'kicker panic' that seems to grip my fellow owners starting around Round 11 or 12 when someone will grab the highest ranked kicker and most of the other guys start grabbing others from the top tier. I can show you stats that say the #1 kicker is worth only a point a game more than the #12 kicker so I'm usually going to take one with my last pick. And I did again this year. Cowboy kickers are usually a safe bet and I'm OK with Bailey. besides, this gives me another reason to root for the @#$%^&*()(*&-ing Cowboys to stall out just inside the red zone several times a game.

There seemed to be only a couple of Dan Bailey cards available and they had a premium due to being autographed or being some fancy-assed chrome thing. This one didn't cost much, about $6 shipped but I still hate paying more for my kicker's card than any other one. Oh well.

Our rosters are 15 players and I won't show every guy but here are my top reserves. 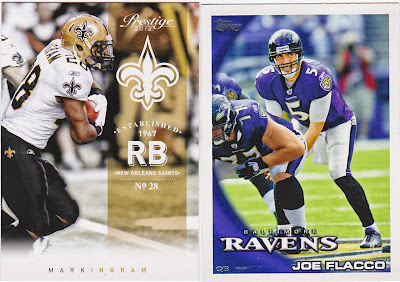 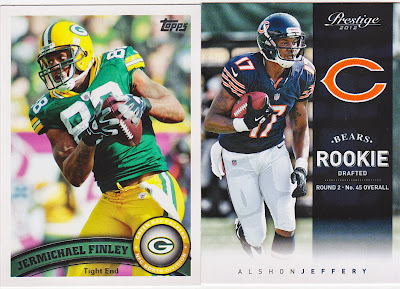 My tip for late drafting fantasy player who may be reading this.... take a late round flyer on Alshon Jeffery. You can thank me in November.

Posted by Commishbob at 9:02 PM