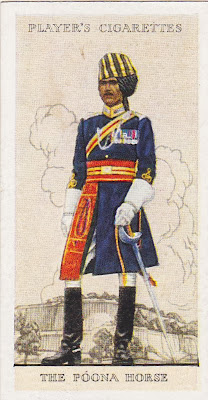 Ok, so I don't 'get' British humor. My sons laughed hysterically at Monty Python. I had a roommate that thought Benny Hill was the funniest man alive. Me? That all leaves me scratching my head. OTOH I enjoy British dramatic series like my wife's fave, Downton Abbey. And The Avengers is among my favorite TV series ever. All of which leads me to these neat little cards I picked up recently on a whim last year. 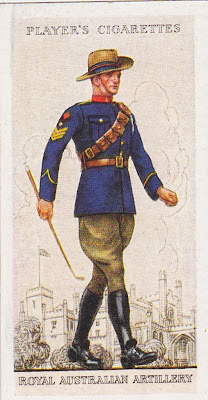 These are the Players' Cigarettes cards from 1938. The set is Military Uniforms of the British Empire Overseas. It's made up of fifty cards, each depicting the uniform of one branch of the British military seen around the world. The British Empire was far-reaching and it's influence immense. Looking through these cards and seeing the variety and scope of the uniforms gives you a sense of just how global it was. 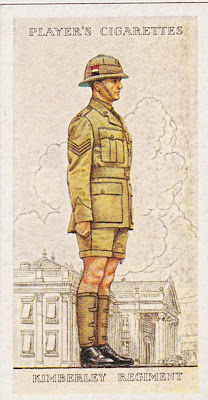 I think I paid $18 shipped for the set which is nearly pristine. At that price the cards work of to less than 50 cents apiece. For me that was hard to pass up. They are not anything rare or highly sought but the set was definitely in my wheelhouse when it comes to collecting off-the-wall stuff. 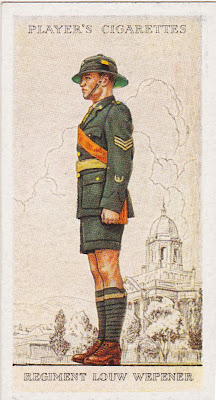 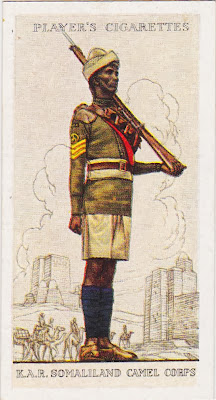 This is my favorite. The Mounties have a knockout uniform and it looks sharp on this card. 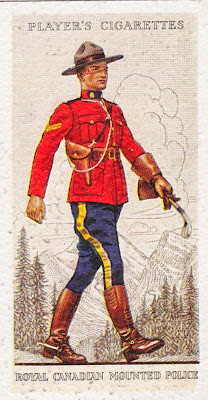 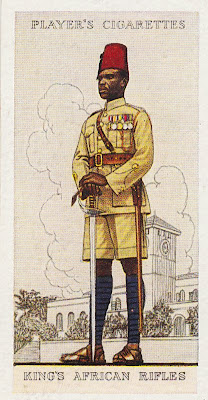 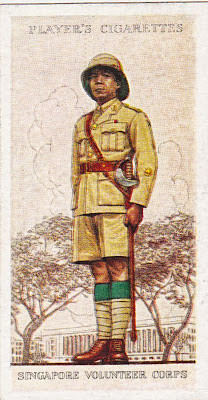 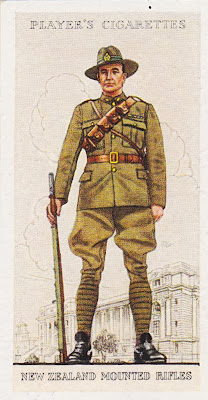 The backs of the cards have a description and brief history of the military unit that wears the uniform. As noted at the top of the back the cards have an adhesive surface. It resembles an 'unlicked stamp' and was intended to be mounted in an album. 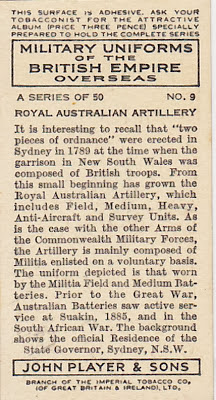 Here is one of the cards with a standard card for size comparison. 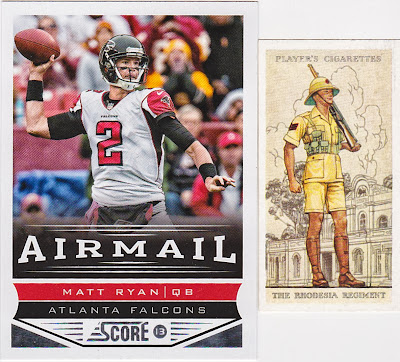