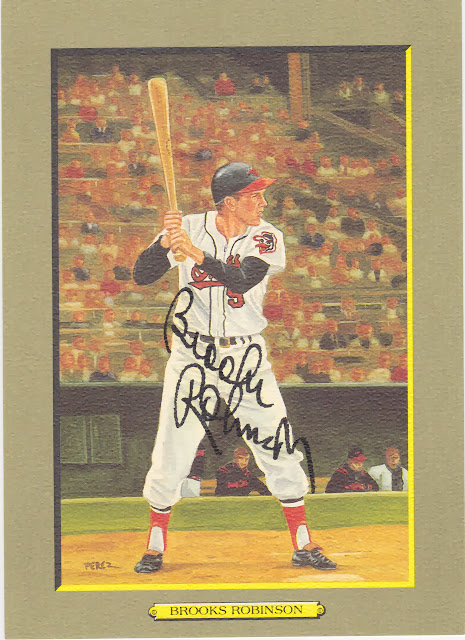 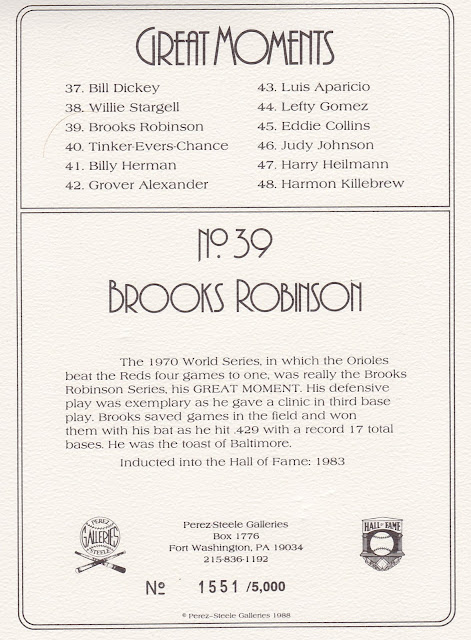 I've ragged on Dick Perez' artwork here before. And I haven't changed my mind. But I'll give credit where it's due and say that he got it (mostly) right on this Brooks Robinson issue. I think the brim of Brooks' helmet should be shorter but whatever. It was part of a larger series that celebrated 'Great Moments' and was issued in the late 1980s.

I believe there were at least eight series in the set consisting of 12 cards each. They are almost 6x8 inches and were designed to resemble the T3 Turkey Red cards. I've seen complete matching numbered sets for for upwards of $500 online.

I don't believe I have any others besides this Brooksie which I got signed up at Arlington Stadium.
Posted by Commishbob at 8:17 PM