...I've gotten a little behind in my work. In fact I'm waaay behind. I have several packages I'm attempting to put together. If you are thinking "That fool should be sending me something" I ask for your patience. I've been all over hell and back for the second half of the summer and into this fall semester.

I should be able to get the envelopes stuffed fairly soon. Meanwhile lets look at some 1991 and 1993 Stadium Club cards. 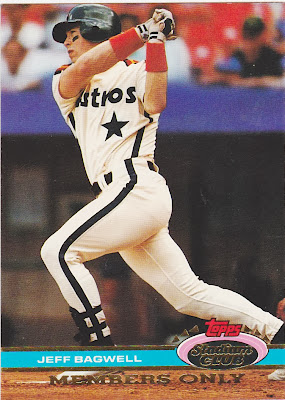 Topps stuck several Rickey Henderson cards into Stadium Club. He was a hot number in those days. 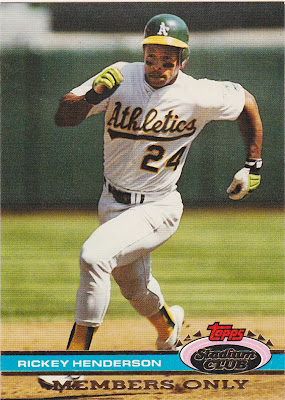 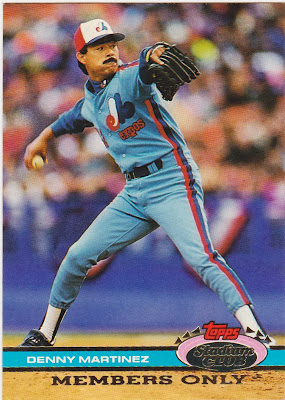 This is the 1993 Robin Yount. Still nice rich full bleed shots. But as you can see the backs are much changed. Much more standard elements such as stats, bio info, another picture. Prettier, but maybe not better. 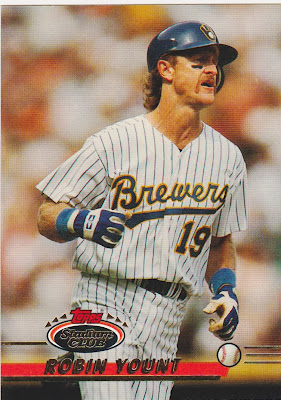 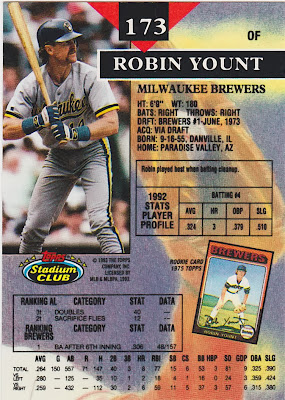 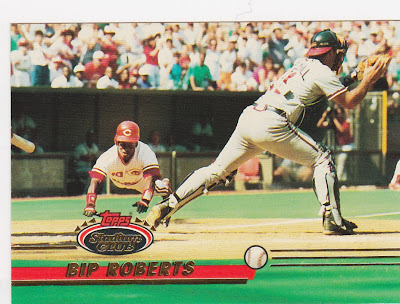 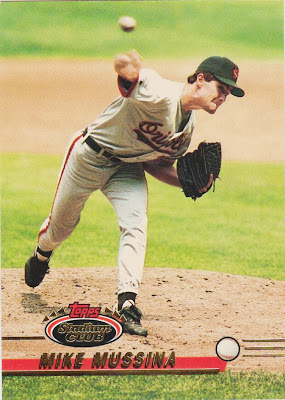