The Good, the Bad, and the Skinny 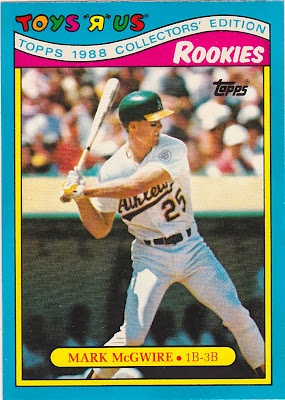 Is that really Mark McGwire? Was he ever that small? And did he ever play third? I suppose the answer to all those questions is 'Yes!'. I looked it up and he played 24 games at third when he reached the majors in 1986 and 1987.

This is the Toys"R"Us Baseball Rookies boxed set from 1988. One of the innumerable crappy boxed sets that came out back in the junk wax era. 33 cards was pretty much the standard. This set stood out because it had such hideous looking cardbacks and a weak checklist. Didn't stop me from buying them, though. 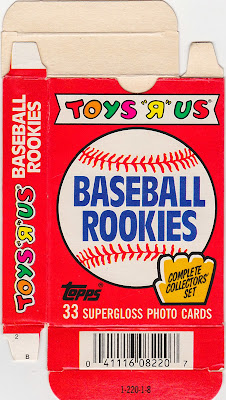 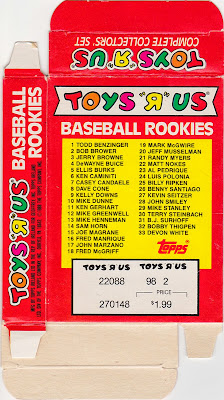 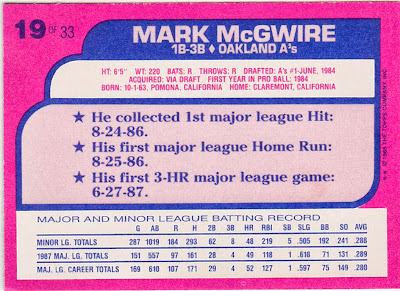 Here is the 'good'. Crime Dog is fun to listen to on Sirius radio. He does fantasy baseball shows among other stuff. Seems like a genuinely nice guy. 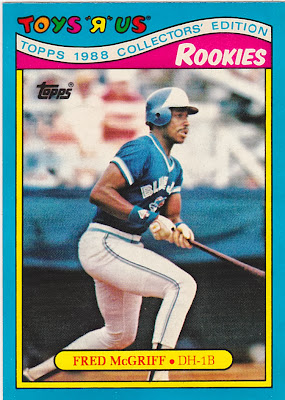 Here is the 'bad'. OK, that's really fair. Billy Ripken was a pretty good fielder and he hit .291 for the 1990 Orioles which led the team. 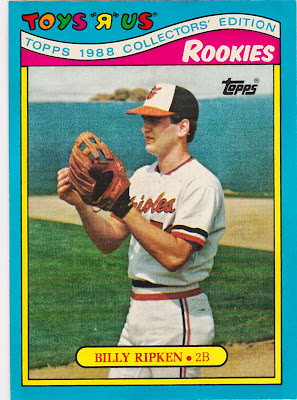 Ken Caminiti is another of the 'skinny' guys who didn't stay that way over the course of their career. I once played golf in a foursome behind Cammy. Dude could absolutely crush a golf ball. And he had world class tats. 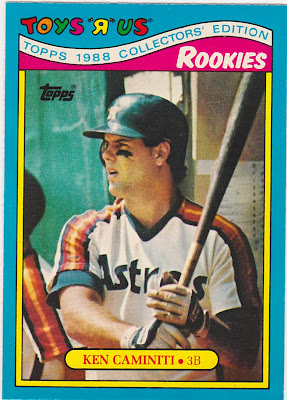 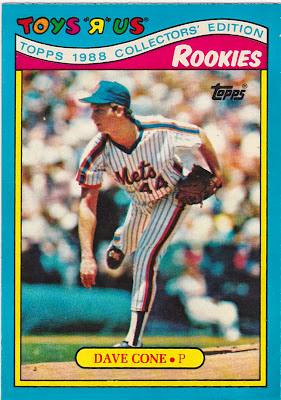