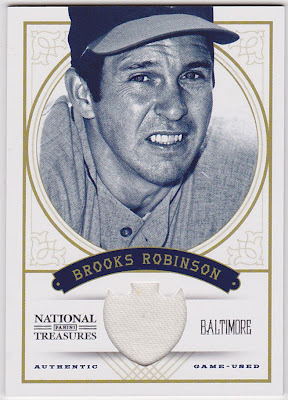 I frequent a sports card forum called the 'Trading Card Zone'. I have a link to it over in the sidebar. It's a friendly place, home to guys who mostly pursue the "new shiny stuff" but they also tolerate me and my worn-cornered vintage cardboard and my long-winded stories of the "Good Old Days".

One of the ongoing threads is called Pay It Forward and it chronicles members sending cards to other members 'just because'. Not a new concept in the memorabilia blogosphere, but a pretty cool one for sure. I was recently the recipient of one such Pay It Forward package from a TCZ regular, Troy (aka: franklinguy52).

He included the Panini National Treasures game used Brooks Robinson swatch card at the top. Pretty neat, huh? What's really remarkable is that just prior to me receiving Troy's envelope I had seen this exact card on the eBay page that suggests stuff  'you might like' and I put it on my watch list. Not 10 minutes later I opened up the package and found it. It was like an instant scratch-off ticket winner! 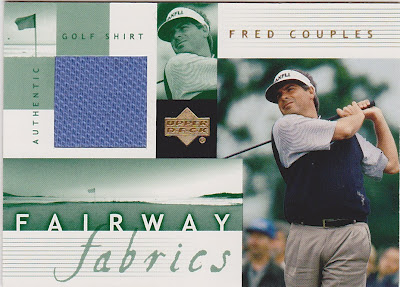 Troy had commented on my Upper Deck golf pack purchase that I posted about on Masters Sunday. He said he had bought some so I had asked if he had found a Fred Couples card. Couples is a University of Houston alum and a special favorite of my whole family. Obviously he had because in the package was this golf shirt swatch card from that set. If there is a cooler guy on the PGA and/or Champions Tour I don't know who it could be. Fred has the smoothest swing of any golfer I've ever seen. 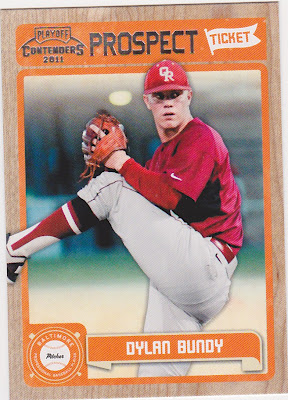 It's Dylan Bundy. He's still a big prospect for my Orioles. 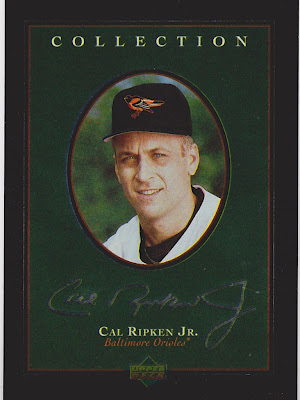 And a new to me Cal Ripken card. This from Upper Deck Collection inserts of 1996. Nice looking card, the border doesn't show as well in the scan as it does in person. 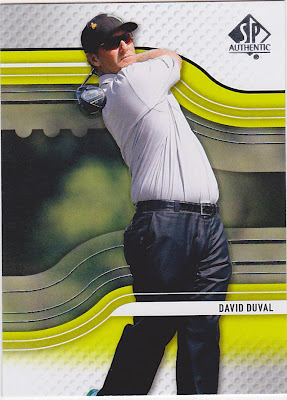 And finally David Duval. I used to think he was the perfect golfer. He had everything, swing mechanics, attitude, etc. For a time he was the #1 ranked golfer in the world. Then it fell apart for a variety of reasons. He's made a couple of brief, promising comebacks but now he struggles to make a cut from one week to the next. Some things are just hard to understand.

But it's still a really nice card. It captures him in his classic follow-through and he's wearing his shades as usual.

Thanks again, Troy. The cards are much appreciated! I'm digging through my stuff, and scouring the TCZ pages to find something I can pay forward to someone there who might appreciate some modest vintage cardboard.
Posted by Commishbob at 6:00 AM