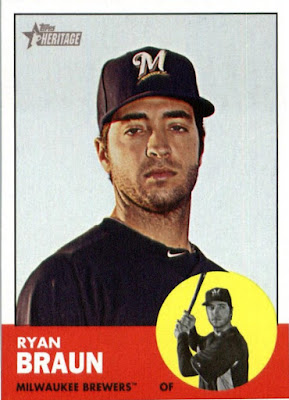 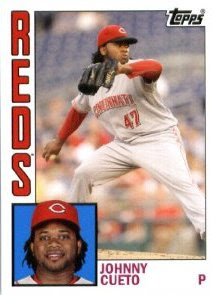 My first (and last) venture into the world of fantasy baseball ended a week or two back with a fourth place finish overall in a fourteen team ESPN league. I made the playoffs but was eliminated in the semi-final round.

I thought playing fantasy baseball would be a good way to learn about the current players since I had decided that this would be the year I got back 'into' major league baseball. And in that I succeeded, to a point. I drafted pretty much 'blind' without any research other than the bios and projections that were available during the draft. But I thought I did pretty good. I drafted Ryan Braun, Curtis Granderson, Edwin Encarnacion, Paul Konerko, Andre Ethier and a few other solid players. Unfortunately I had a less than stellar staff and I had compounded the problem by drafting Chris Carpenter. Hey, who knew? I also used an early pick on Carlos Santana of the Indians and he proved useless. And above all I had the worst collection of middle infielders in the league.

But one thing that my 33 years of fantasy football had taught me was that championships are won by owners who pay attention. So I did. I culled the dead wood (everyone except Johnny Cuerto (who?) and James Shields) from my starting pitchers, claimed AJ Pierzynski to spell Santana, and grabbed Adam LaRoche on a tip from a baseball savvy friend. End result was a division lead mid way through the season.

Then my club began melting down. So I worked the waiver wire like BB King picked his guitar. I made tons of moves. Over a hundred waiver claims by mid August. Nobody else in the league came close to that. And I did learn about players! I learned that there are a least 40 shortstop/secondbasemen in the majors named 'Alexi' or so it seemed. I went thru more scrub infielders than I ever imagined existed, most of them multiple times. None of them helped. And all along the way I tracked down a card of every player I picked up. I spent $5+shipping on a minor league card (his only card) of a Phils infielder I had rostered for thirty six hours.

Finally my team, the Baltimore Elrods, imploded and I dropped to fourth in my seven club division. So I quit. I just stopped looking at who had the day off, who was D-T-D, which available starters were in a '2 start' week. I stopped carrying my iPad everywhere on the off chance that Fantasy Alarms would text me that Granderson was not in the Yankee line-up and I could sub in Micheal Saunders (who?). I still had a Ranger pitcher active that they had placed on the DL I think. Hell, I removed the league bookmark from my toolbar so I wouldn't be tempted to find another Diamondback reserve to squeeze a day's at bats out of.

And a weird thing happened. Over the last three weeks of the season I went 6-3-1, 8-1-1 and 9-0-1! My team had gone through the roof without me even knowing it. I have no idea how, but I had made the playoffs. I didn't even know they had started until I logged in to check my final results. But in the end I was knocked out and I still don't know who ended up winning the thing. Nor do I care. I had some fun. Obsessed a lot over guys I never heard of and learned that fantasy baseball is waaaay too much work. I'll stick to fantasy football. The once a week line-up think suits me just fine!
Posted by Commishbob at 1:48 AM