And here's the third and final section of that 1990 Fleer Cello pack. First a look at the sticker. Again, very miscut. 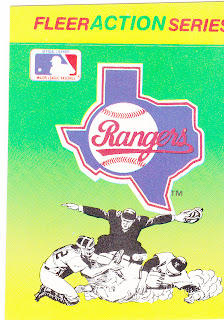 And the trivia contest backs. I actually got all these answers correct. I made many trips up I-45 to see the O's in Arlington Stadium so I know about the early Ranger franchise details. 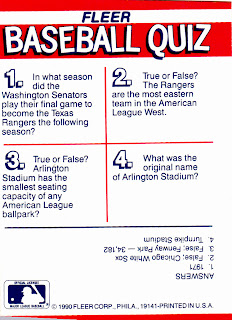 Marquis Grissom. He caught the last out of Denny Martinez' perfect game. And, according to Wikipedia..."He sponsors 12 Little League teams and helps fund a home school that provides food and shelter for children without parents." 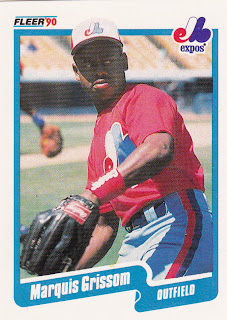 Willie McGee.  Learn all about him and sign the petition to have his Cardinal number (#51) retired. 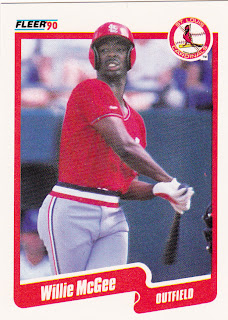 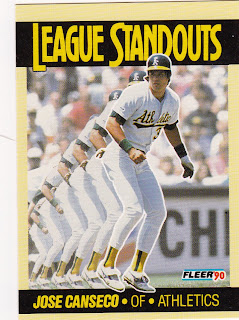 And the back of the buffoon's special card. These don't even look like a part of the same set. 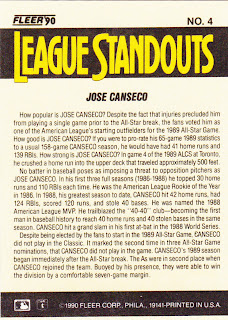 Willie Randolph. The O's didn't bring him back as a coach this year. Too bad, I liked him. 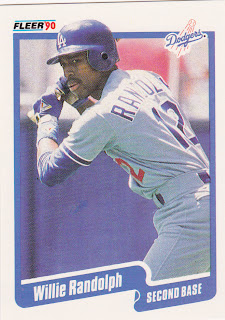 Hall of Famer Rickey Henderson. Is there a record for most different uniforms worn by a Hall of Famer? It's got to belong to this guy. 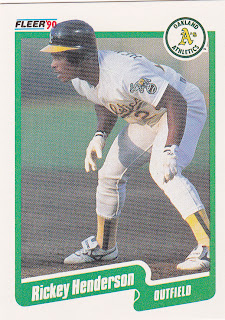 The rest...
Rick Reed, eventual 'replacement' player and one of the loneliest major leaguers ever. 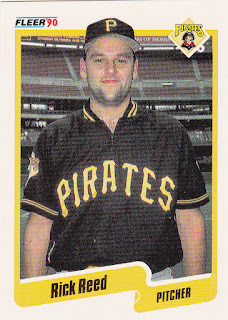 Matt Williams. He was a big deal in the 1990s. He's the only guy with World Series homers for three different teams. 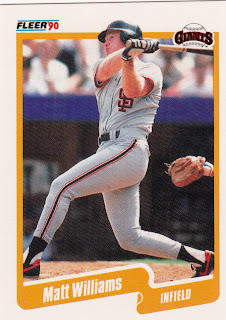 Jay Tibbs. I won't go 'Chris Berman' on this Oriole. 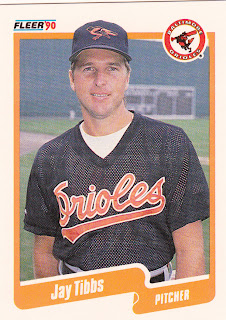 Mark Lemke
Gerald Young
Steve Rosenberg
Rick Mahler
Darnell Coles
Keith Comstock
That's it for this cello pack. I'll spare these cards a similar fate to that which the rest of my junk wax was subjected....an unceremonious trip to the landfill. I'll keep them since they are the subject of three posts but to call them 'bait' would be an insult to minnows and bloody chum.
Posted by Commishbob at 8:22 AM