I found this in a box of junk cards I was going through while trying to find something else. I'd forgotten about it and until now I didn't even have it on my Hawkins checklist. Sugar Daddy candy 'pops' were pretty popular when I was a kid. I'm sure they are still around. The elongated shape of Sugar Daddys led to the small size of the card (illustrated below) and odd shape.

This little card comes from the second of four mid-70s issues from Nabisco/Sugar Daddy. The first two sets were multi-sport and had 25 guys in each.  Hawkins is included in both of the first two series but the two checklists (again, look below) had a lot of overlap but were not exactly the same. They were both laid out with football players as the first cards, followed by hockey and then hoops. oddly, there is a lone stray hockey guy in the middle of the basketball players in both. This article from SCD in 2015 has a lot more info on these.
Another quirk, which I can't explain, is that the sets are listed as being from 1974 and 1975. But the stats on this '1975' Hawkins (note the copyright) come from the '72-'73 season.

I've enlarged the back for readability. And I noticed there were something called Sugar Mama Pops. I don't remember them but apparently they were the chocolate-coated version. I found a label and a photo of the 'poster' that these were supposed to be displayed on.

Here's the card next to a standard Topps card: 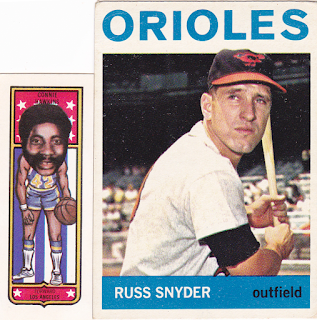 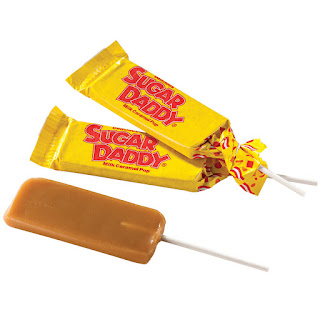 Here are the checklists. The later series issued after these two showed non-specific athletes from all sorts of different sports. They are as boring as they sound. 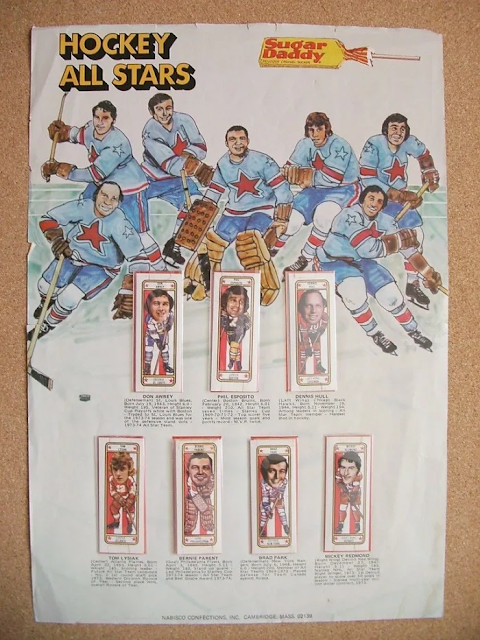 I don't have the other Hawkins. This '74 series (or Series No. 1 as Nabisco called it) show players in team uniforms on plain backgrounds rather that with the 'All Star' motif. 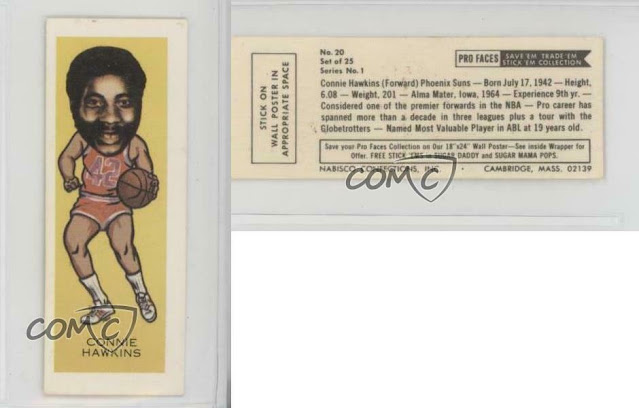 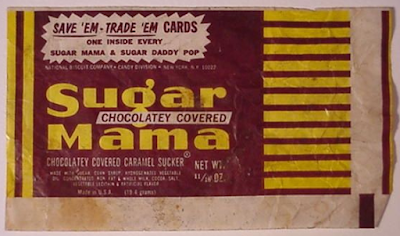 These apparently were like Milk Duds on a stick. I'm sure they paid for a few dentists' car notes.