This sort of thing doesn't mean much to anyone else but sometimes I need to pause and take stock of where I am in my set building. It helps me to zero in on what I need to look at and determine what project, if any, I can look at tackling next.

The three sets I'm actively working on with expectations of finishing in the not-too-distant future are: 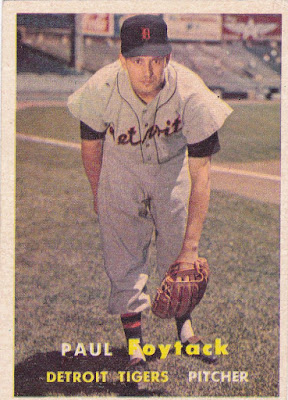 1957 Topps Baseball. I am at 391 392 of 407 in the base set (96%). Of the sixteen I need only the Sandy Koufax is high dollar although the others are also in the semi-scarce 4th Series. (Since I began typing this yesterday I've won an auction for the Koufax card.) Still, these are not hard to find and only a few dollars more than the rest of the set's commons. I figure to have this one 'complete' by the end of the year if I can make the hotel shows between now and then.

Once I'm done with the 407 'regular' cards I will add the four unnumbered checklists and possibly the three 'contest' cards I lack. I consider the checklists to be part of the set but I may be content to binder just the single 'contest' card I own.

I have several cards in this set that could easily be upgraded. My friend Darryl has a new supply of '57s in really nice shape. I'm going to have an upgrade list ready for his next hotel show. 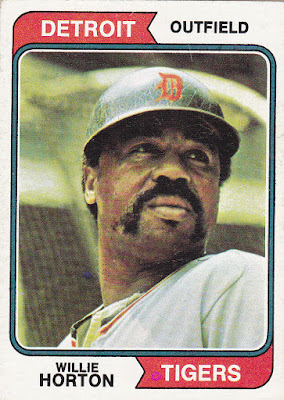 1974 Topps Baseball. My want list shows twenty cards. Eleven of those are 'Washington' variations. One is a 'variation of a variation' (#599C which is a font difference on a 4 player rookie card that has both a Washington and San Diego version). Factoring in some cards that have been put aside for me by a fellow blogger I have four empty slots in my binder. Only the #1 card of Hank Aaron has any cost attached. I've just been fussy about getting a decent copy on the cheap.

As with everything else concerning this set build, figuring out a percentage is complicated. I have the full Traded set and one copy of all the unnumbered team checklists. I am ignoring the 'star variation' on the reverse of those. And I have representative pieces of the inserts. I need nine 'Washington' cards (two of the eleven on my want list are promised). I have both versions of the Alou and Apodaca 'errors'. Let's call this set 98.5% done. Let's also call it a pain in the ass. 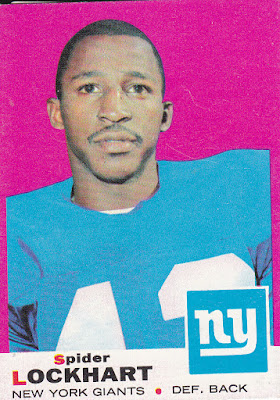 1969 Topps Football. This set (thankfully) is pretty straightforward. I have 222 of the 263 cards (84%). There is one silly error/variation, the 'red dot/yellow dot' Jim Turner card. I have one of them and I'm not too concerned with the other. Only the Csonka rookie card among those 41 I need is anything more than a common. I'll have this one done by years end if I don't get lazy. I have a wrapper and a couple of the '4 in 1' inserts.

This next set is a long way from being completed. Not because I need a ton of cards, but because they are pricey and not available at shows very often. 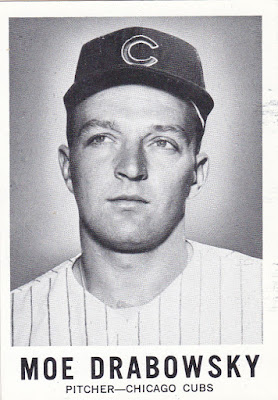 1960 Leaf Baseball. This is the black sheep of post-war vintage sets. It's not very popular and the 'second series' is scarce and costly on a per card basis. Try asking a dealer at a show if he or she has any 1960 Leaf. LOL You get 'the look'. Sigh.

There are 144 cards on the checklist plus the corrected Jim Grant/Brooks Lawrence wrong photo error. I have 100 of the 145 cards (69%) including both Grants. The 45 I lack are all part of the scarcer 'second series' and routinely list for over $20 a shot, much more in some cases (thanks, Yankee tax!). I've been trolling eBay lately and have found a few 'bargains' in the $8 to $12 range but those are rare. At the rate I'm going I figure to finish this, well, never. But everyone needs a goal, yes?

My other ongoing project:

1961 Topps Stamps. My other 'ugly duckling' chase! Topps issued 207 unique stamps plus a second Al Kaline. I won't go back over the oddity of this thing (some teams have more stamps issued than spots for them, other teams with fewer stamps than spots)but if you are interested you can check out this post I did in 2018.

The bottom line is that I need 42 stamps to fill the maximum slots in the album. I'd need 72 stamps to have a copy of each one issued. My goal is to just fill the album.

My effort to achieve that has been stalled lately. COMC has been my best bet for finding stamps but nothing I need has come up lately. Like the 1960 Leaf set these things never show up on dealers tables except for a few superstars like Mantle and Mays. But digging and scrounging keeps me occupied. Gluing that final stamp into the album is going to become cause for celebration!


My lists of needs for these sets can be found over on the right side column. Any help is most welcome.

I also have some other ongoing set chases (sports and non-sports) and player collection needs and I'll delve into them next time.

Oh, I did mention upcoming projects. I've gotten suckered into one with another blind buy of a card lot. Hopefully this goes better than the '74 chase. Here is a hint... 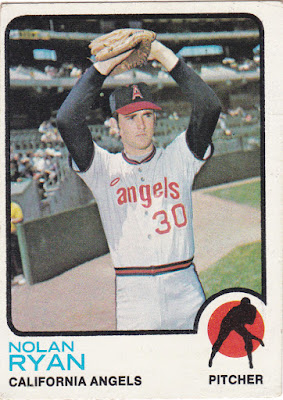 Posted by Commishbob at 4:10 PM