It snowed in Houston!! (In more ways than one)

A couple of unexpected things happened here in the last 36 hours or so. First of all I got a surprise (but very welcome) envelope from my friend Mike McKay of Chicago. He had picked up a box of the holiday Topps set which I have since learned come only from WalMart stores in blasters. Mike forwarded the Orioles he got in his box. Pretty much the three biggest names on the team, Chris Davis, Manny Machado and Adam Jones.

They are a pretty neat item. But if I was a team 'complete-ist' I might be annoyed with Topps adding to my needs list so late in the year. Then again I think the days of collecting every card from your team (or player) is long gone. I dunno how everyone else feels about these but I think the addition of the little snowflakes is kind of cool (pun intended). 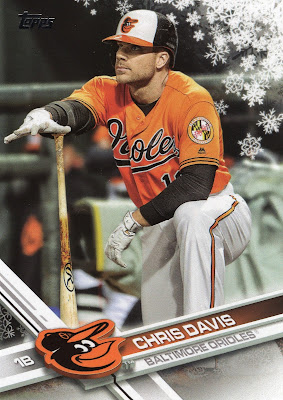 The other thing that kind of snuck up on us down here in Houston was snow. I woke up this morning to a nice layer of the white stuff covering everything except the street in my neighborhood.  As I expected Facebook is full of Houston folks screaming that it's the first time we've ever seen snow but you know how that is. It doesn't happen all that often but we've had the white stuff here every few years as long as I can remember. 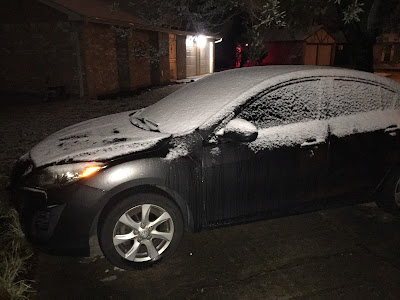 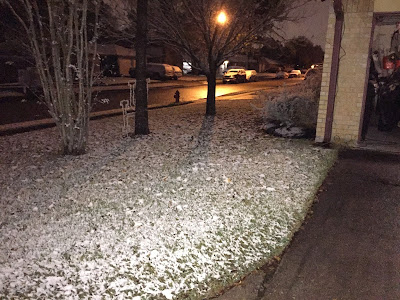 Here are the other cards from the 'snow set' that Mike sent. Thanks, again, Mike! 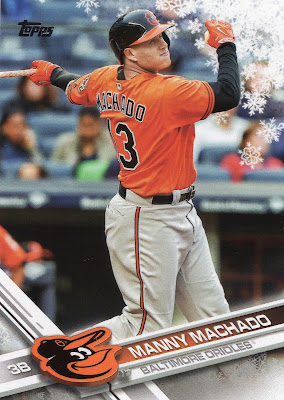 The Adam Jones card makes it appear he's trying to catch some of the flakes with a diving effort. I wonder if that was intended. 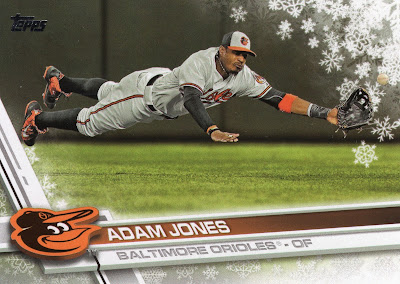 Posted by Commishbob at 7:51 AM