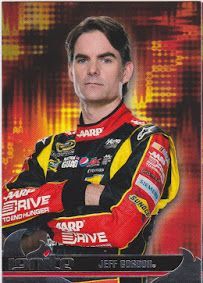 Not much blogosphere interest in NASCAR outside of Raz and a couple of others but I've followed the sport for about 30 years. I'm not as big a fan as I used to be but I still track a couple of drivers including my favorite, Jeff Gordon.

If the rain stops today in Miami Gordon will attempt to go out with a bang as he tries to win his fifth NASCAR championship in his final race before retirement. 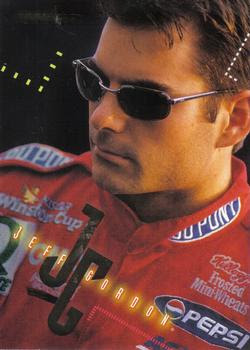 Here are a handful of my not-too-substantial Gordon collection. 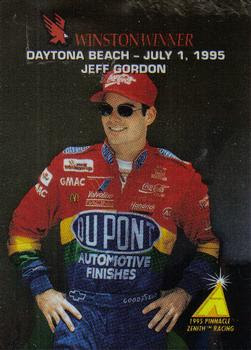 When it comes to racing I've always been more interested in items other than cards. Like this signed 8x10. I used to join drivers' fan clubs (it's a racing thing) and things like this came along in the fan pack package. 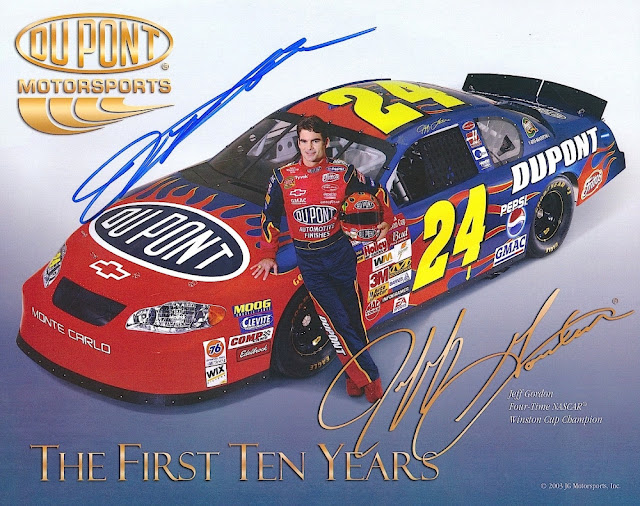 With Gordon retiring and my other favorite, Tony Stewart, stepping out after next season I can see my days as a NASCAR fan waning even more.

In the meantime I will be watching Gordon with his hands up on the wheel today (hopefully) and maybe he'll pull off what will surely be a very emotional title run.

Gordon finished third among the championship contenders, sixth overall today. He jumped out front early and had some fans pumped up but after about the 1/3 mark of the race he wasn't really a threat. Not the way I'd have scripted it but that's racing. Next stop for JG, the NASCAR Hall of Fame. 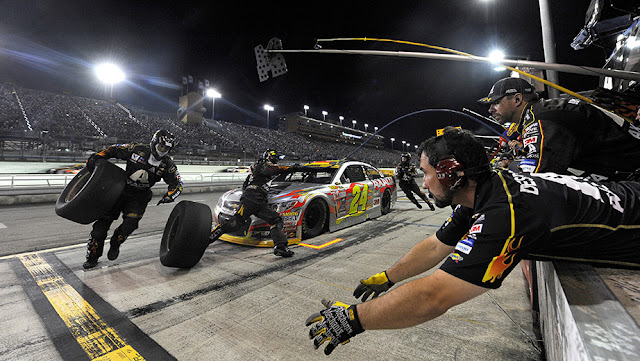 Posted by Commishbob at 2:31 PM