Three PR4 "Cracker Jack" Pins or are they? 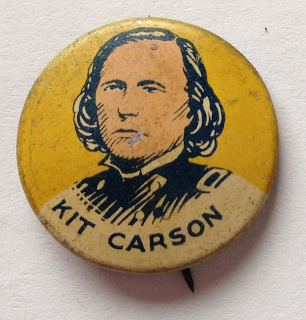 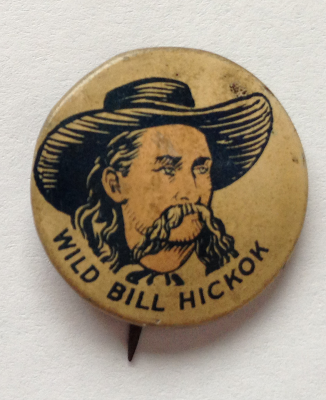 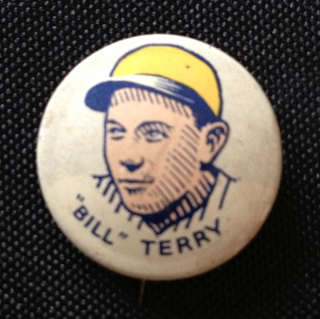 These neat little pins are classified as PR4 and they date from 1930 to 1933.Napkin Doon (as in "Adventures of") showed off some graded beauties he came across at his LCS earlier this month. Those were very sweet. These metal pinbacks feature baseball players, presidents, actors/actresses and, according to an advertising piece I found, 'Indians, generals, animals and birds'.

I had this post ready to go and included a little history of baseball-related Cracker Jack prizes when I stumbled across a couple of things on a card discussion forum that made me stop and re-think things. More of that in a minute.

First, these pins are not terribly expensive if you want to pick up some of the non-sports pins as I did. The Kit Carson and Wild Bill Hickok came from eBay as a single lot. They are not in pristine condition but I was certainly willing to pay the $10 to pick them both up. The Bill Terry was about $14 I think. It's in very nice condition for what it cost. Most of the other baseball pins I found from this set were more costly. 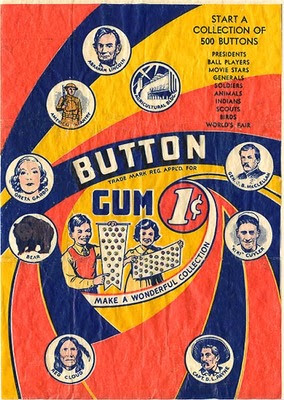 Above is a gum wrapper which shows the contents to be the pins and below an advertising piece featuring them and giving the issuing company as being General Gum, Inc. of Chicago. 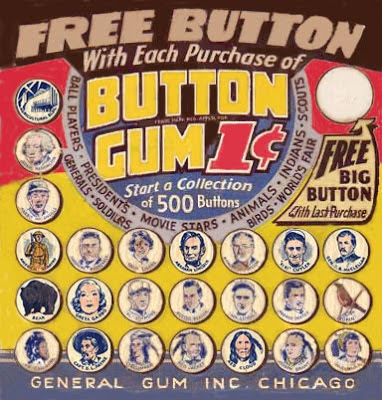 Wikipedia makes no mention of the 'General Gum Co.' in relation to Cracker Jack. While CJ is always associated with the 1893 Chicago World's Fair and the poster lists Chicago as the gum company's home that may just be happenstance.

I guess there are a couple of possibilities. This auction house makes the casethat the pins may have never been Cracker Jack prizes at all. Or, given that the gum company was in Chicago, the manufacturer may have licensed/sold the pins to both General Gum and Cracker Jack.

I don't know the actual facts of all this, and I don't really care much. I just like the pins and am happy to have a couple.  The picture below shows two of them along with a U.S. Quarter for perspective. 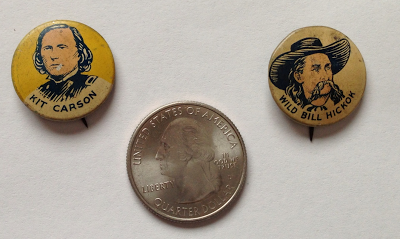