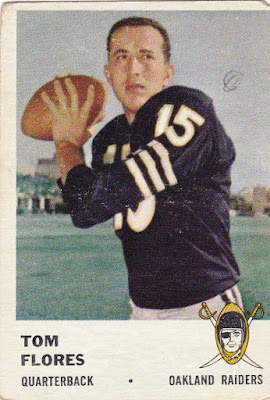 Things have been pretty quiet as far as my hobby activities are concerned. No card shows mean I'm cut off from my chief source of want-list killing. I've had some stuff arrive in fits and spurts so I figured they'd make a post if I stuck 'em together.

Up top is the Tom Flores card from the 1961 Fleer set. It was one of the three pricey rookies that I put off finding until the end. The others are Don Meredith and Johnny Robinson. This card was an absolute bargain due to the pencil mark on the front. Oh, and a worn-down corner. Paying $14 for a card that averages 10 times that is a small victory. The Meredith card is going to be much tougher to nab.

It was just announced that Flores is a finalist for the Pro Football Hall of Fame for 2021. He was the first Hispanic coach in the NFL. I hope he makes it into the HoF. But the good old boys that do the voting have some strange ways. 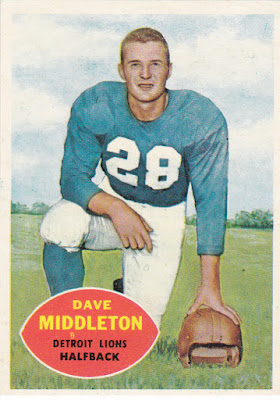 This next card falls into a category I mentioned in my last post, the "I'd have sworn that set was done but turns out I need it!" thing. When I bought the Bart Starr card for this 1960 Topps set I thought I'd put it to bed. Nope. Flipping through the pages showed me an open slot where Dave Middleton should have been so it was off the SportsLots I went.

Middleton played halfback and split end (I'm showing my age, I know what those positions are) for the Lions from 1955 through 1960 after a college career at Auburn. He finished with the expansion Vikings in 1961 (he's got a card in the '61 Fleer set). His claim to fame is catching a TD pass in the NFL title game in 1957 when the Lions destroyed the Browns, 59-14.


No story behind the rest of these other than the '79s being upgrades to that finished set. Yes, it really is finished, I checked. 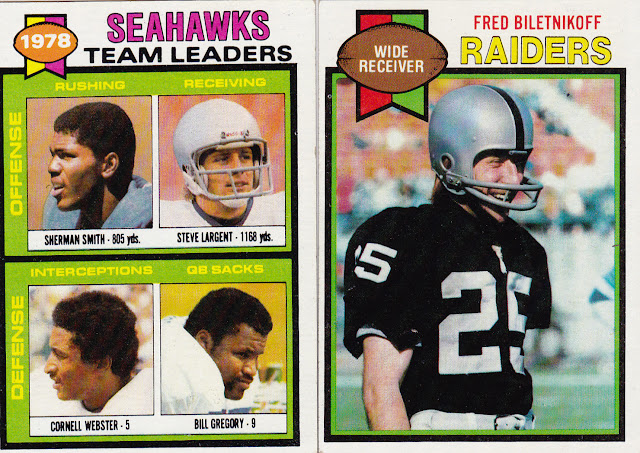 I bought a '96 Topps set to commemorate my fantasy football title that season and the thing was missing the Farve card on the right. That's the second or third time in the last year that a set listed as 'complete' on eBay has arrived with something missing. Luckily, the cards I've had to track down were easy to locate and cheap enough.

I added the one of the left to the order because I liked it. And if I'm going to spend a buck for shipping on a 50 cent card I might as well buy a second fifty center and call it even. 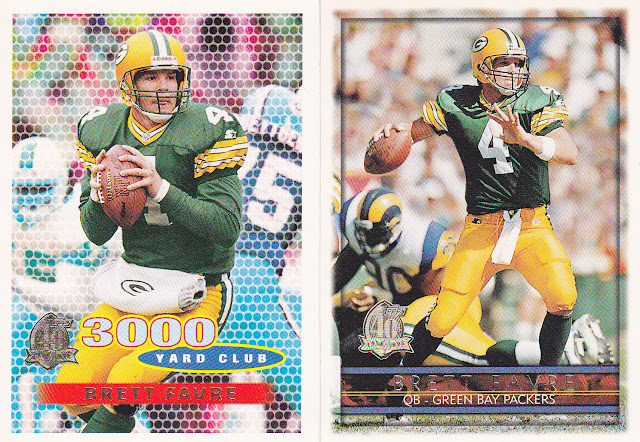 That's it for now. I'm taking advantage of the quiet hobby time to write up a bunch of posts for my 1960 blog and finish up my look at the many color combos that Topps used. Lots of work, but some fun research.