This post has been stuck in my drafts folder for so long I can't remember starting it.

Now, as we prepare for what may be a sizeable hurricane mid-week, I figured this may be the last chance to post for a while. No time to do any scanning.

This is a mix of Charles Bender 'art cards', legit issues, and nonsense I've picked up over the last few years.

These Helmar 'art stamps' pay homage to the original cigarette premiums smokers were collecting in 1911. The 'modern' versions are nicely done and look a lot like the vintage ones but differ in that these are not as wide. 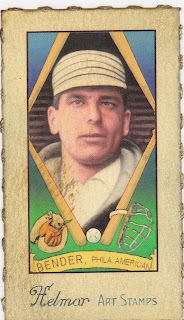 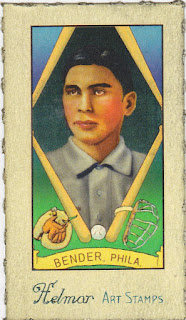 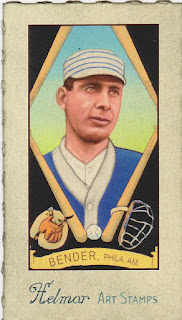 Next up is a strip panel from the artist known as Gypsy Oak. I've picked up a few things from him in the past. We communicated when I was on Twitter buy he subsequently blocked me. Politics most likely. (ง •̀_•́)ง

The Topps Bazooka Chief Bender below comes from 1963. It's interesting in that it uses a photo of Bender from his coaching days. This set was unlike many of the candy/food issues in that it was not part of the box but rather a bonus that was inside the box. The checklist counts 41 players/personalities and were done in either silver (scarce) or gold tone. More info here. 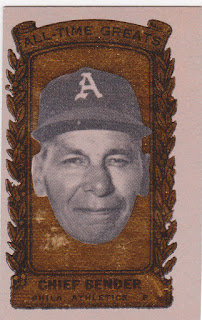 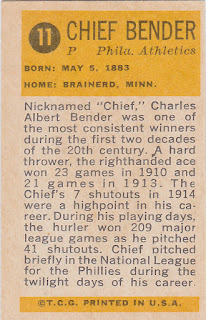 Another modern piece done in throwback style. This 'Turkey Red' Bender isn't in front of me right now so I can't do much more than posting the scan. The real Bender Turkey Red has a different pose and is just a bit more costly. 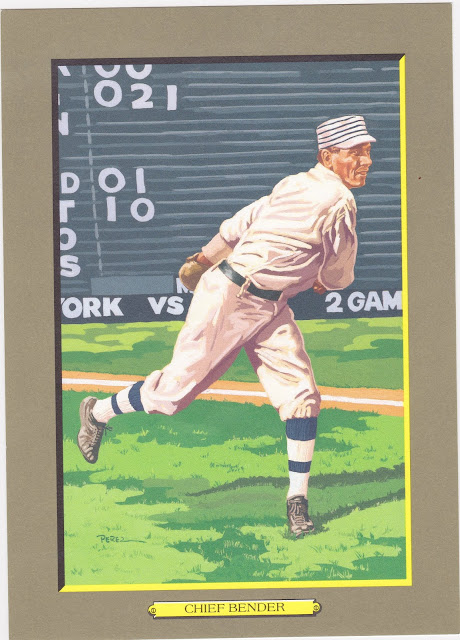 Up last is a Panini 'postcard' that shows Bender's Hall of Fame plaque. I think I added this to my last SportsLots order. It's standard card size. 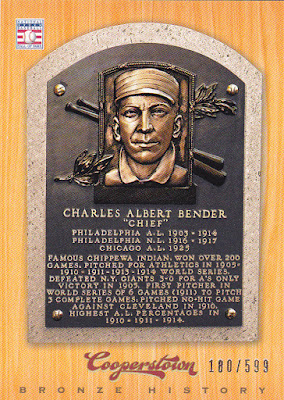 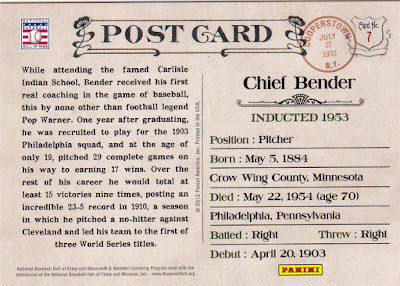 That's it for now. I hope anyone in the path of these two storms in the Gulf stays safe. See ya on the flip side.
Posted by Commishbob at 9:47 AM