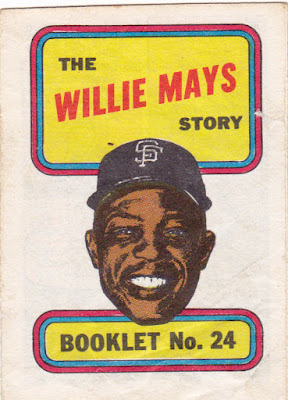 I was recently digging thru my 'stuff' and came across my stack of 1970 Topps booklets. I'd built the set from junk boxes at card shows and a sweep of COMC a couple of years ago. They are a cheap, fun item.

The problem was, while I had a bunch of dupes, I didn't have the Willie Mays folder in the stack. It's the #24th, and last, in the set which appears to be just a coincidence. Now I wasn't about to spend hours digging through boxes trying to find one folder so I went to SportsLots and tacked it on to my box order. It came last week. 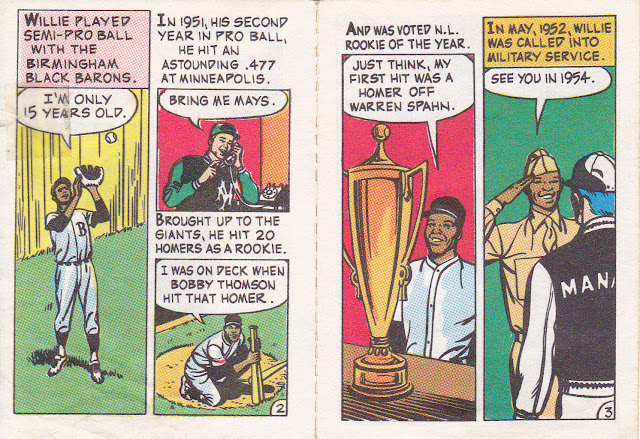 The first panels have tidbits that some fans may not have known, even if Mays was among the most well-known players of the time (and, obviously, all-time). For example...while I knew about his Army service time and that he was on deck for the Thomson homer, I didn't know he was only 15 when he began playing in the Negro Leagues or that his first hit was off Spahn. or that he hit .477 in the minors his second year. 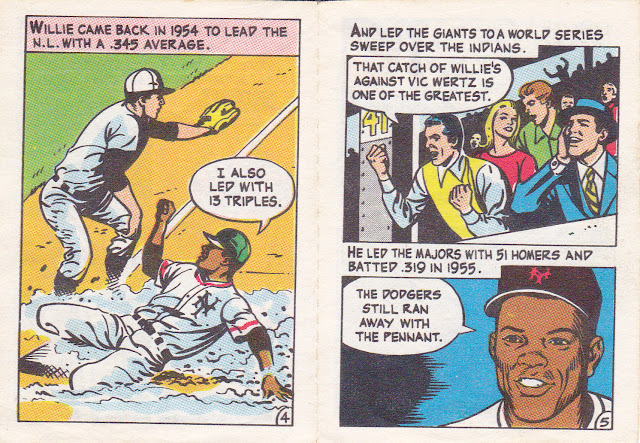 I kind of like that they reference the Wertz catch in the '54 Series with fans conversation rather than showing the catch itself. I don't think the artist made Willie look all that perturbed that the 'Dodgers still ran away with the pennant'! I bet he was pissed. 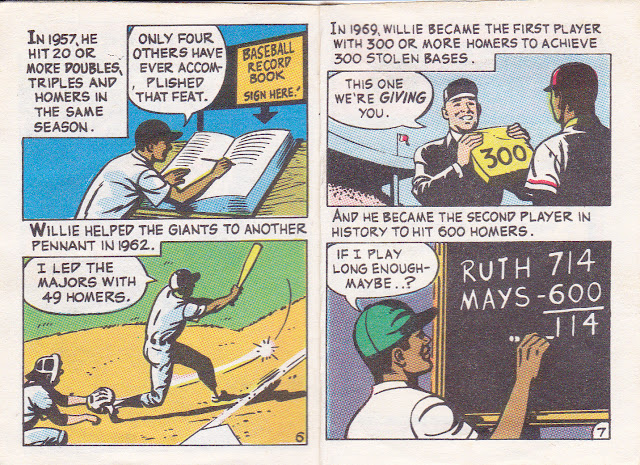 Wille was indeed 114 shy of The Babe at the end of the 1969 season. He had 28 in 1970 but his incredible five-tool skills were betraying him at 39 and he finished his career with 660. Hank Aaron passed Mays (he was 46 behind him at the time of these comics) and we all know the rest ofthe  story. Mays remains third on the list of untainted homer run hitters in history. YMMV of course. 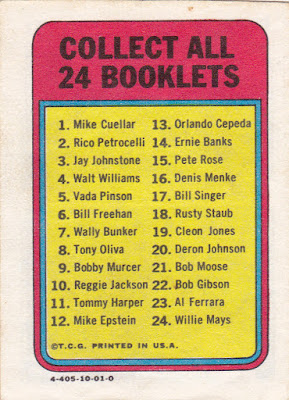 The checklist contains a player from each of the 24 teams from 1970. They are numbered in alphabetical order according to the city with the AL coming first. That's what puts Willie in the #24 spot. As with all insert sets issued back then that 'covered the majors', it leads to an up-and-down checklist with some superstars and some lesser players. And you have to figure that Topps probably wanted to share the wealth and bypassed some of the games biggest names in favor of some solid support players. Brooks or Frank Robinson, Hank Aaron, and Roberto Clemente make way for Mike Cuellar, Orlando Cepeda, and Bob Moose as their team's rep in the set.


But each of the comics has some informative nuggets and many have some cringe-worthy, cornball comic panels. Here are some examples featuring Walt Williams and Tommy Harper. 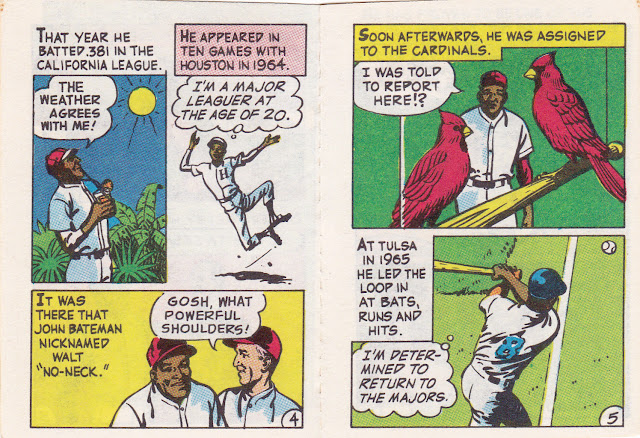 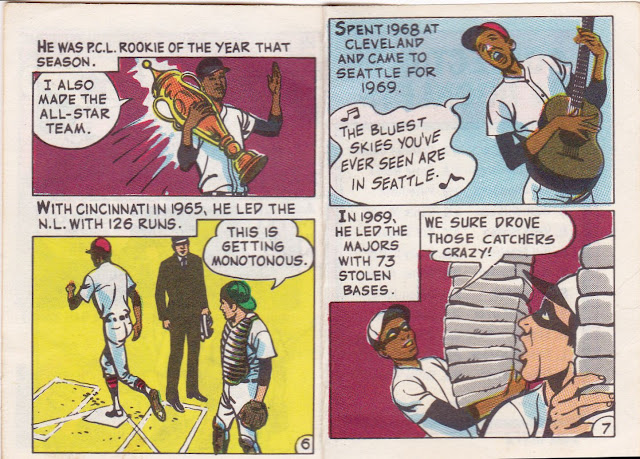 The full stack is now sitting on my desk so maybe I should scan a few of my favorites and post them.
Posted by Commishbob at 9:44 PM