I picked up this small group of Exhibit cards recently. Exhibits are a fun collectible and usually very affordable. Sometimes it's hard to date these things but based on what I've seen these were printed in the 1950s.

I've been ignoring what I've come to call my 'show biz' binder recently but these and a nice addition that came as part of a gift package have gotten me back to searching the nooks and crannies of eBay once again. I'll get to the gift package(s) I've received in an upcoming post.

I'll let the cards (all at blank-backed) speak for themselves for the most part. The three actors need no introduction.

If I was pushed to a wall and asked to name my favorite actor I'm not sure I could do it quickly. I have quite a few who I'd consider. Humphrey Bogart would be right there at or near the top (with Paul Newman). 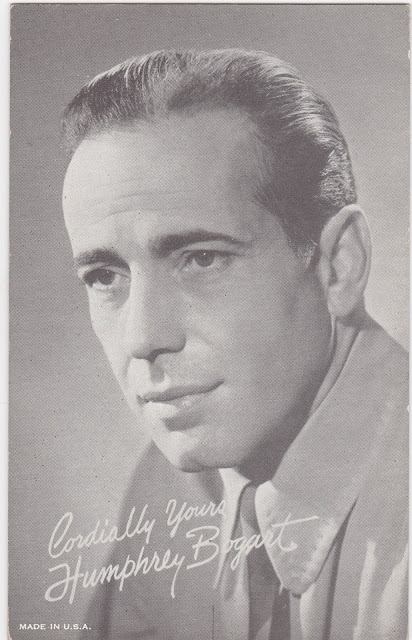 Favorite Bogart movie: Casablanca. Close behind, however, is The Caine Mutiny

Clark Gable was a heartthrob back in his day, at least he was according to my mother. He's best known for his role as Rhett Butler in Gone With The Wind in 1939. 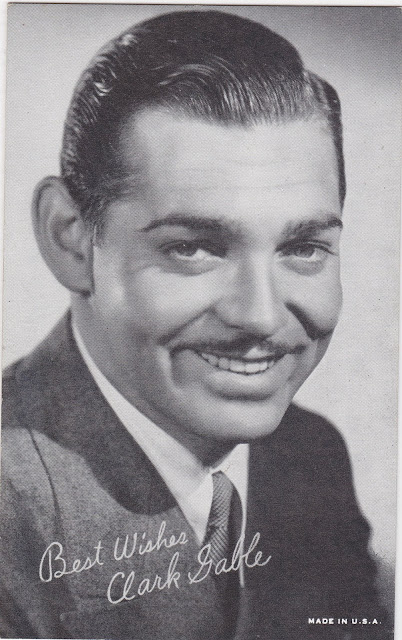 Favorite Gable movie: Run Silent, Run Deep. It's among his last features. It's hard to beat a great submarine movie.

Gregory Peck was a talented guy who played a wide variety of roles in his long career. He's got a defining career role in To Kill A Mockingbird, of course. 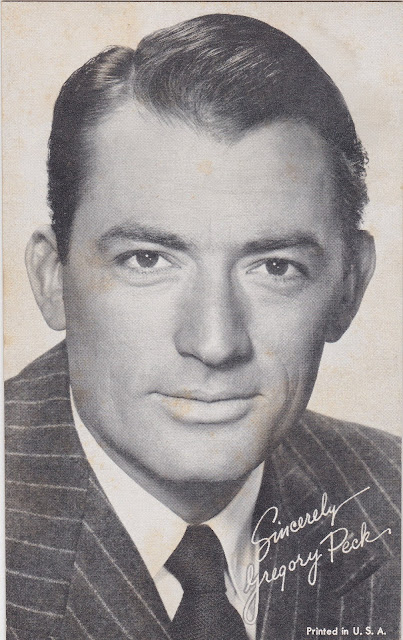 The beautiful Eva Marie Saint was a 1950s sensation who did more television than movie work over her career which stretched over seven decades. Her most famous role was opposite Marlon Brando in On The Waterfront. She won an Oscar for that one. 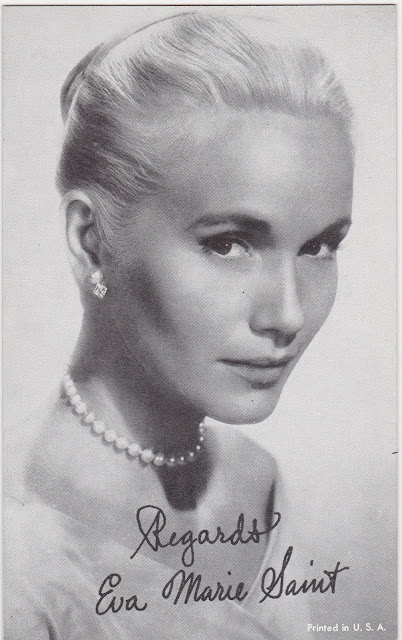 These take up one four pocket page in my Hollywood binder. A welcome addition for sure.