I've made it plain in the past that my idea of collecting a set includes not only finding the cards but also adding some ancillary pieces. A wrapper, card variations, pack inserts, maybe a printing plate or something similar make the set more meaningful for me. 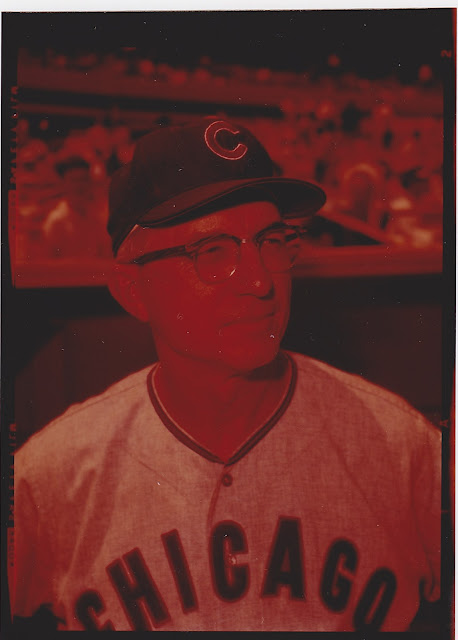 Topps Vault, who BTW, is now just another eBay seller, had this '1961' negative of Cubs coach and former All-Star Mel Harder up for bids. I threw a minimum bid on it and I won and figured I had a nice piece for my '61 build.

Had I done just five minutes I would have realized that this can't be from 1961 or been taken with the possible intent to use in that set. Mel Harder was coaching the Indians at that time and would remain with them for a couple more seasons. He coached on the Cubs staff in 1965!

I looked back at the original description of the eBay listing and Topps did use "Circa 1961". I guess they have a more liberal idea of what 'circa' means but whatever. Add to that the fact that Harder was only on the Cubs staff that one season. The Vault folks could have easily dated it correctly as a 1965 item.

No matter. It was my job to check before I bid and I failed. But looking a little deeper at Harder's background I found that he seems to be a very under-appreciated player. Over a  20 year career, all in Cleveland, he won 223 games which is one less than Catfish Hunter and Jim Bunning.

He received Hall of Fame consideration and his name pops up from time to time on lists of guys who should be in the Hall. In fact, he once received more than the required 75% of the votes from the old Veterans Committee but was denied induction because two other players received higher totals. The rules back then limited the number of that group's inductees to two.

Harder has plenty of cards from his playing days. Here is one that I have in my 1960 set. Obviously not this copy which I grabbed off the net. 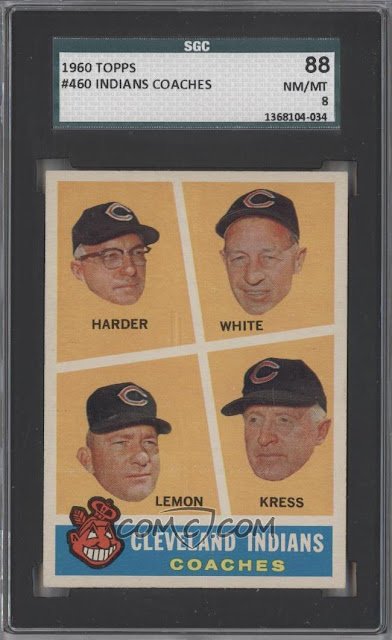 The photo on that card was so similar to the color transparency that I thought it was the same one. I wondered if Harder had been a Cubs coach who Topps airbrushed into an Indians cap. That's what led me to look at his bio and how I discovered the real story. 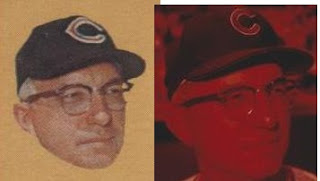 Harder had a few other interesting moments in his career. He started the 1934 All-Star Game and pitched five scoreless innings. In fact, he pitched 19 AGS innings in his career and never allowed a run. In July of 1932, he was the Indians starter for their first ever game in Municipal Stadium. He returned to throw out the ceremonial first pitch in their final game there in  1993.

So I have an interesting piece from Topps files but I'm still looking for pieces to add to my 1961 build.

EDIT: I'm adding a phone pic of the negative and a card to show the relative size and shape. I flipped it because it is somewhat bowed and the reflection made it harder to see. 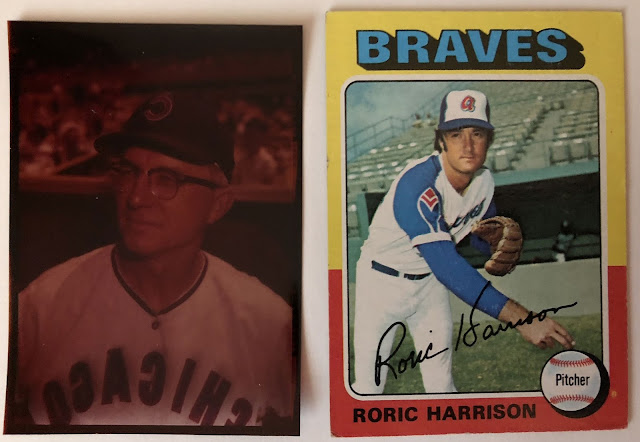