I'm finally finding the time to post the followup to the first half of SumoMenkoMan's generous gift of a padded envelope stuffed with Japanese menko cards. This post shows off the rectangular cards. 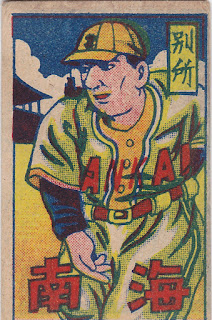 I first thought the above card was Hall of Famer Tetsuharu Kawakami. A better guess is Takehiko Bessho. The cards come with different backs so identifying them is problematical.

I hope it's Bessho. Read this from Baseball Reference:


A star pitcher in high school, he had one of the most famous performances in the history of the spring Koshien in 1941 when he threw 14 innings despite his left arm being broken and in a sling. He lost the game 2-1 but won widespread recognition for his courage and guts. His catcher had to roll the ball back to him after each pitch and he fielded barehanded. His explanation was "I want to play as much baseball as I can before I die."

The scrambled reverses mean I'd be guessing on some of these. But these are among the most colorful and detailed cards I own. The second card IS Tetsuharu Kawakami. 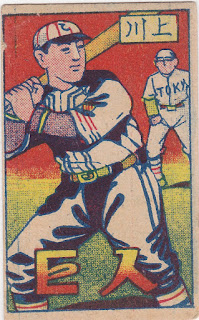 This one of the pitcher in the striped uni is my favorite. I'm fairly certain that it's Juzo Sanada. I had a copy of this card previously but this one is focused properly. 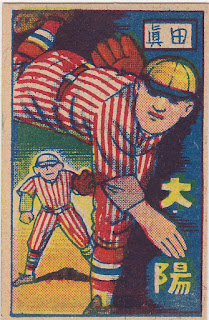 The next card is likely one of the two generic players depicted in the small set. If not then it's Torao Ooka. 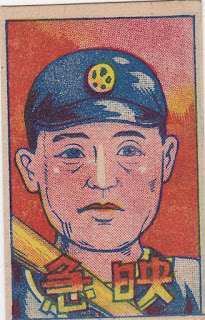 The backs reflect the set's name. 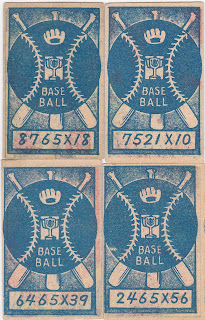 I can't find a match for this card in the guide. The colorized photo image suggests the 1950s but who knows? It's about the size of the Topps mini cards they put out now in Gypsy Queen, etc. 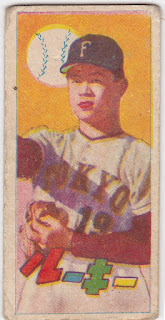 The back is interesting. I figured I'd spot the set with a parachute on the reverse pretty easily but I can't find it. 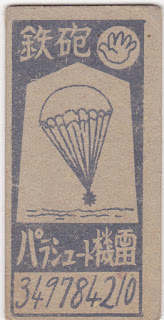 This die-cut was the example used in the guide making it a snap to ID. The player is Rentaro Imanishi and the card is from the 1949 Hoshi Gangu set JDM 21. After a solid rookie year in 1946 he won 73 games over four seasons. Then he seemed to flame out and never had more than two wins a year after that.

We jump to 1958 for this card from the Doyusha borderless set JCM 30a. The player is Katsuya Nomura who was active in the Japanese pro ranks as a player and manager from 1954 to 2009. 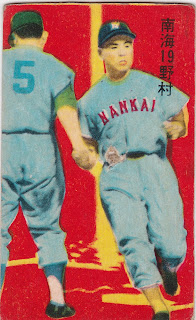 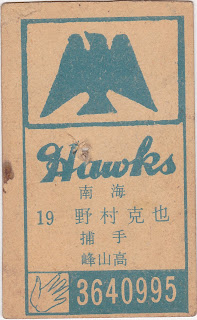 This is the first team card I've ever come across. The back is identical to the cards in the 1976 Viking set but Engel's guide doesn't mention any cards but those of players. And the ink color used on the back of the '76 set was black. Call this one a mystery. 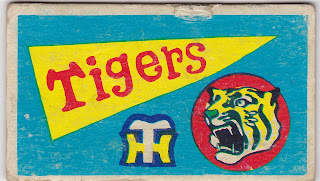 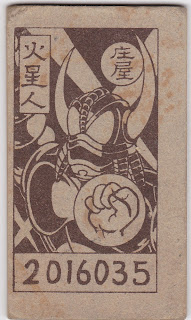 We jump ahead to a more modern set, the JCM 55 1962 Doyusha Menko. This one is in rough shape but it's still pretty sweet. Shinichi Eto was a catcher/1B for the Dragons for 11 seasons and won a couple of batting titles. He played a total of 18 seasons. 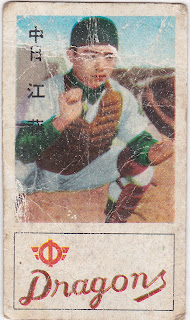 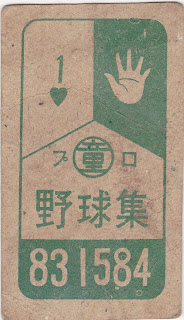 This next one is one of two cards issued for Shigeo Nagashima in the 1959 Marusho Two Bat JCM 38b set. He played his entire 17-year career at 3rd base for the Yomiuri (Tokyo) Giants. 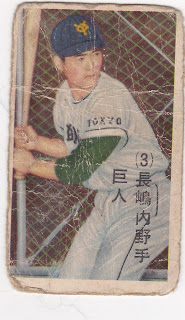 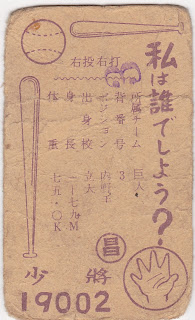 And finally, we have a card from an almost modern Japanese set, JCM 15b, the Kankan menko from around 1973. These are very thick, sturdy cards with nice photography. A similar set on thinner cardboard had been issued the previous year. This is Koji Yamamoto of the Hiroshima Carp. He had an 18-year career with them as an outfielder and later served as their manager for 10 seasons. 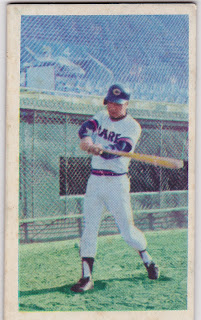 It's fairly common for the backs to be off-center even for cards which are centered on the front. 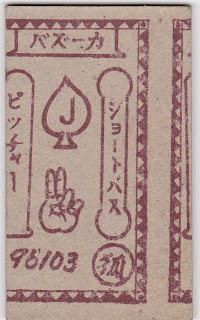 That wraps up the great envelope from Ryan. Posting it late doesn't reflect on how much I appreciated it. Thanks again, Ryan.