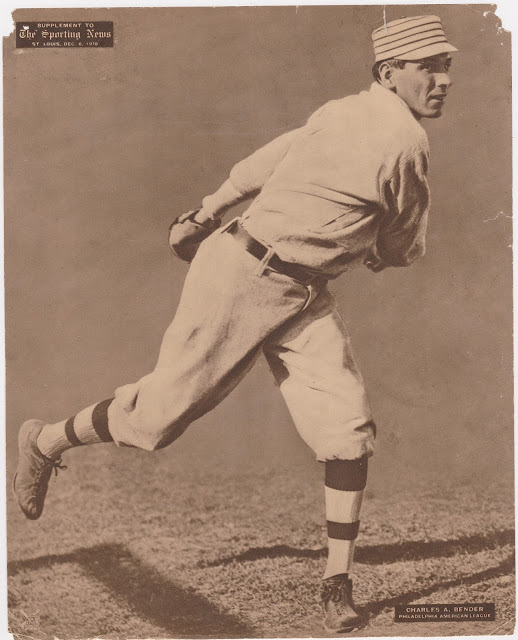 This is my first venture into these Sporting News Supplements. I really knew nothing about them until I was digging into affordable pieces for my Bender PC.

This one is from the M101-2 set which was distributed as a subscriber incentive with TSN between 1909 and 1913. Here is what Old Cardboard has as a summary:


The M101-1 series was issued ten years earlier. Those, btw, are just incredible.

M101-2 contains 100 photos (cards?) with a checklist that features some of the game's great names from its early years. Bender was included with the December 8, 1910 TSN and it followed supplements of the A's and Cubs which had been the World Series match-up that year. Bender and Jack Coombs combined to pitch every inning of the five games. Bender went 1-1 with a tough-luck 10th inning loss in Game Four.

The copy I picked up is obviously flawed but with really old items like this that's going to be the condition of the pieces that fit my budget. I'm excited to have it, chipped corners and all.

For the record here is one I found on the 'net in prime condition. 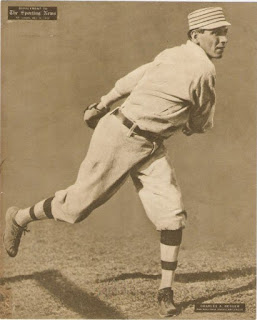 Posted by Commishbob at 1:17 PM