I don't think Batman ever sleeps but I'm putting my Batman Sketch Project to bed. My original goal was to complete a page of sketches for under $75. Well, you know what they say about good intentions.

Actually I can say I met that goal. I can put nine sketches together on a page with the total cost being well within that total price. I never paid an exorbitant amount for any of these. And some were free. But as time went by I got caught up in the project and ended up with 29 sketch cards and a couple of prints.

I bought most of these on eBay. About four came from Etsy purchases and the rest were commissions and gifts. If I've tracked them correctly 23 24 different artists are included.

I had a suggestion that I should post the completed pages so here they are. The cards are in no particular order although my most recently acquired ones are grouped more or less at the end. 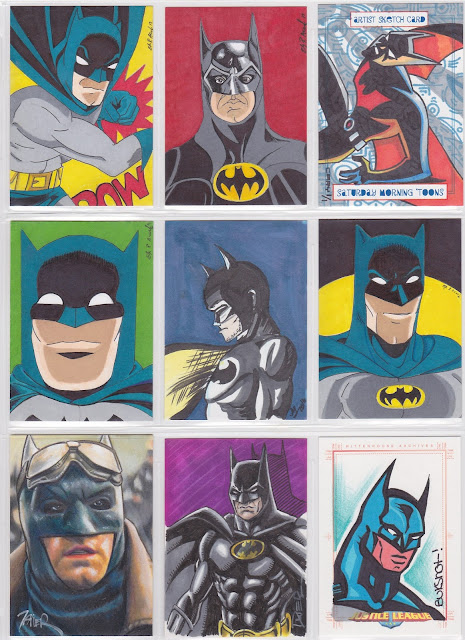 The Batman character has evolved over the many decades he's been a part of pop culture. I've got a book that goes into quite a bit of detail and breaks down the different 'phases' of Batman but I haven't really done more than flip thru it. One day when I have more time I might try to put these cards in some semblance of order. Until then it's just fun to look at the different takes the various artists had. 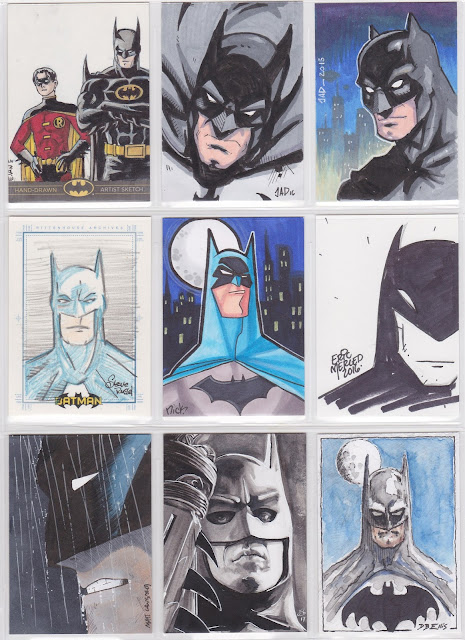 The card in the bottom right slot of the page below and the top left of the next page were done by my friend who teaches art at my school. They were a neat 'back-to-school' gift that I really appreciated. They were unexpected and one reason why the tidy three page group of 27 sketches spill over to a fourth page. But I'm not complaining! 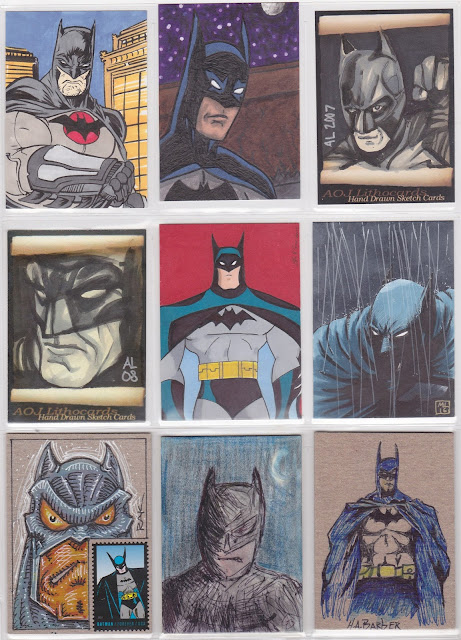 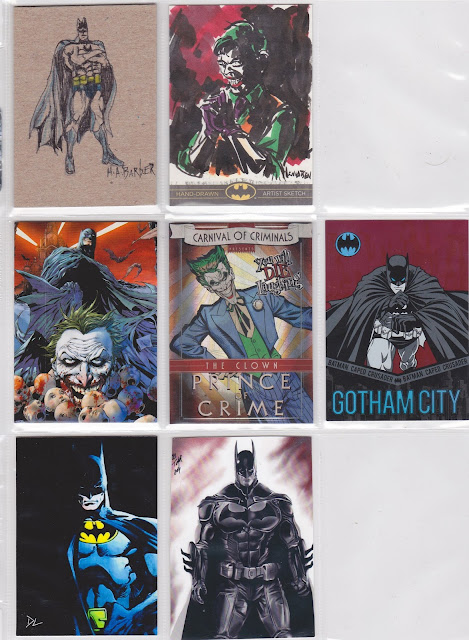 This project turned out better than I expected. A bit more expensive than I expected as well but I'm fine with that. With these cards, three Batman card sets (vintage and contemporary), several over-sized pieces of original art and a few display items I feel I've got a solid Batman collection.

I don't know where I'll go next with it but I'm sure I'll figure that out.
Posted by Commishbob at 7:38 AM