Batman #26 and other things 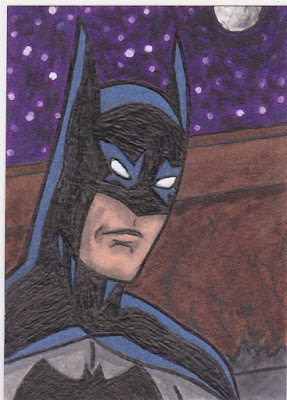 Several months ago, in the midst of my Batman sketch card frenzy, I received an email from an artist who offered to do one for me. After a bit of back and forth and a few stops and starts I received the sketch card. It's a nice addition I think. Along with two done for me by one of my school's art teachers I've now filled three binder pages with sketch cards. I think it's time to call it a day and put the Batman binder away for a bit.

When the artist (he called himself CCM) sent me the sketch card he was kind enough to fill the envelope with some other things from his collection.

First and foremost was this Leaf sketch card of the late Lee MacPhail, the long time baseball executive.  According to Wikipedia MacPhail had an extensive baseball resume. He spent 45 years in the game serving as the director of player personnel for the New York Yankees, the president and general manager of the Baltimore Orioles, chief aide to Commissioner of Baseball William Eckert, executive vice president and general manager of the Yankees, and president of the American League. 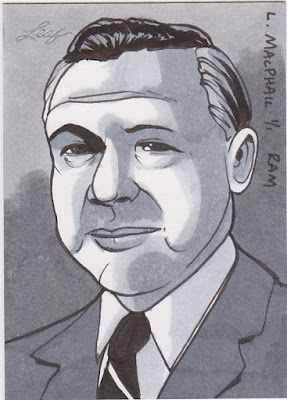 I honestly had never seen a baseball sketch card that was issued by a major card manufacturer. A trip to eBay showed me that Leaf has done a bunch of sketch cards with subjects ranging from Stan Musial to Sting. 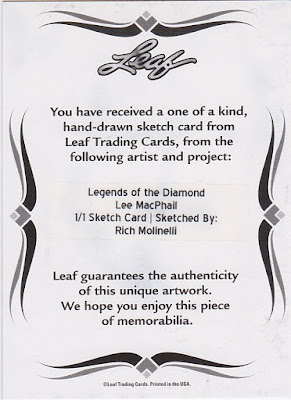 Of the ones I saw the many of best were from Rich Molinelli who did this MacPhail. Here's a shot of MacPhail outside Memorial Stadium in Baltimore.


The Orioles card CCM sent included some pretty cool ones. Like this manufactured patch of Jim Palmer's rookie card. Topps put this out in 2013. 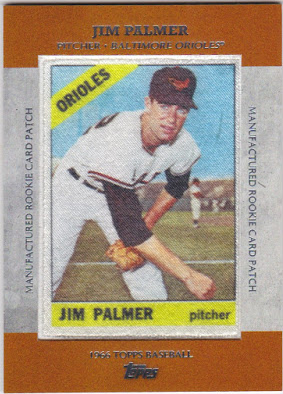 Among the standard cards I got were these two 1960 gems. Both of these were upgrades to the ones I had in my 1960 Topps binder. 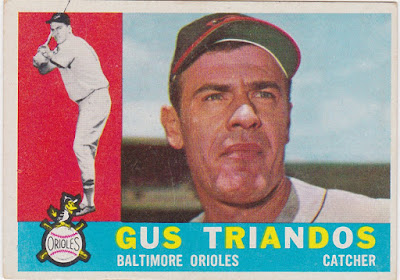 A week or so ago someone on FB or Twitter asked about the first baseball card you remembered owning. I know I had some '59s and I saw a friend's 1958s but the first card I specifically remember pulling from a pack was the 1960 Albie Pearson. I got a few packs of cards in my Easter basket as a kid and I remember getting Pearson. That was just about the time I was developing my own ideas about favorite teams and players instead of following along with my Dad's Yankees/NY football Giants preferences. I had decided that since I had been born in Charm City the Orioles and Colts were 'my' teams so I bet I was thrilled with this card. that's probably why I remember it rather than the rest of the packs. Maybe. 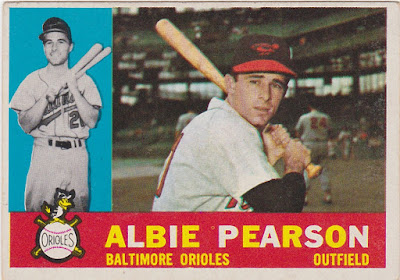