Everyone's doing it, doing it

I bought two 30-card packs of '17 Heritage today. I'm not gonna collect this but I'm sure I'll need at least some of the guys I got for my fantasy baseball binder this year so it's not really a waste of money. 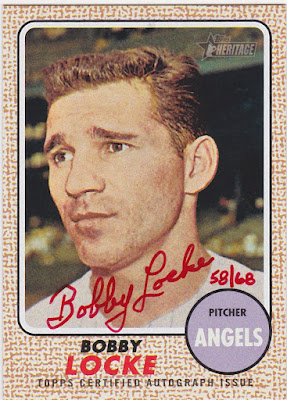 And I got an autographed card. No, it's not a star card but a signed card out of a pack is good nonetheless. This is only the second time I remember getting a signed card through a pack purchase. The other was an Eric Davis card from 2015 Stadium Club. In that instance I had bought a box in the misguided belief I'd try to collect that set. I think a signed card was guaranteed in that box purchase so this Bobby Locke is my first random auto 'pull'.

Bobby Locke played in parts of nine seasons from 1959 thru 1968. And I do mean 'parts'. Looking at his Baseball Reference page I noticed how often he bounced from the minors to the bigs and back.

Anyway he had cards several Topps during the 60s beginning with the 1960 set. His '68 card, which of course is replicated for this Heritage set, was his last one. The photo was the same one Topps used in 1962. 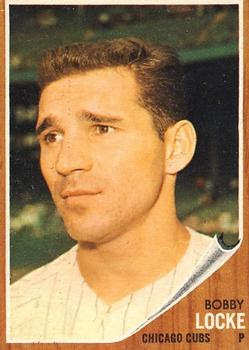 He won 16 games in his career against 15 losses. While with the Indians early in his career he was a part time starter. He pitched a couple of shutouts in 1960.

Other than the Locke autograph I received nothing of note. I will say Topps did a nice job of replicating a few of the little details of the '68 set including the variation in the 'burlap' pattern. 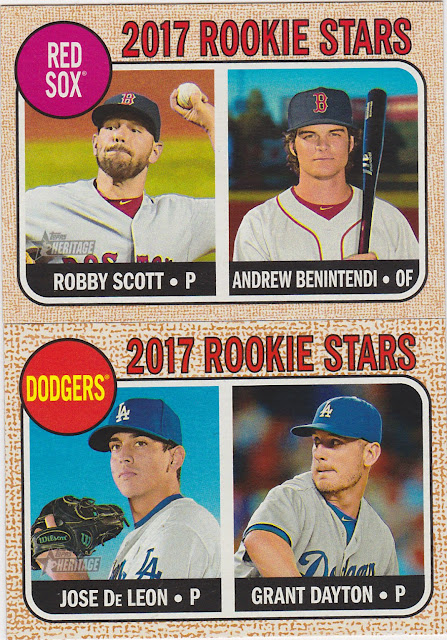 I don't know what cards are short prints and don't care either. I looked at the backs of these and didn't see any gum stains. I got one of those in one of these Topps non-flagship sets a couple of years ago. Not this time. 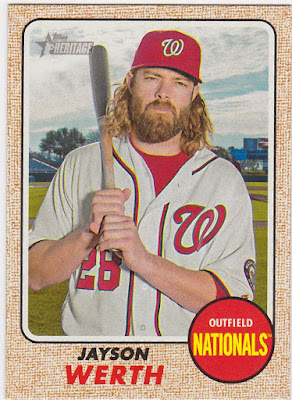 This 'game' card is a nice touch. I liked the original insert set. These are bigger though. 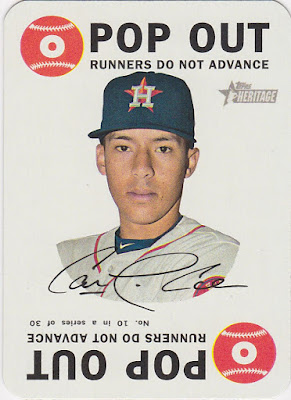 One thing I didn't like is that of 60 cards not one was an Oriole. Not one. I got four White Sox guys though. These packs were misdirected I guess. They were meant for Jedi Jeff. 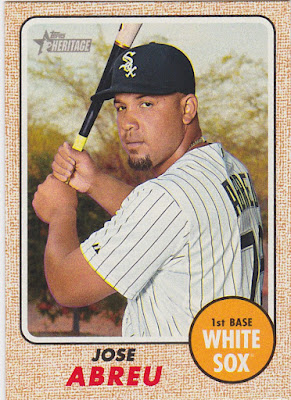 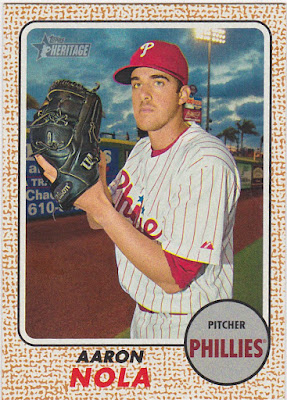 So all in all I liked the cards and I hope to get some use out of them. One weird card though is this one of Matt Holliday. He just looks creepy. Like a toy or movie character I've seen but can't put my finger on. I guess he's photoshopped into a Yankee uni, too. 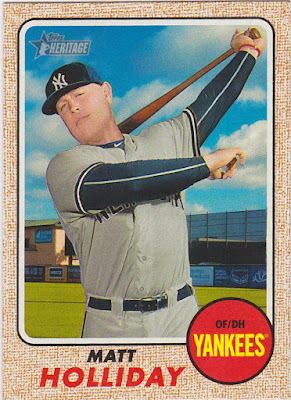 And I got five team cards. I like Photo Day shots of guys standing on bleachers a lot more than team 'action' shots. Now get the hell off my lawn. 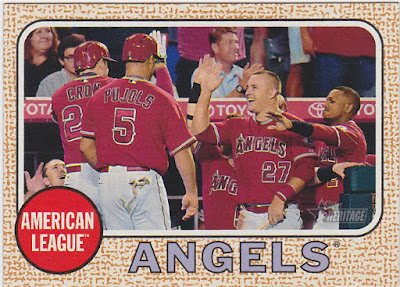