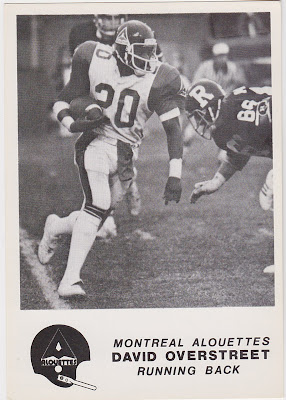 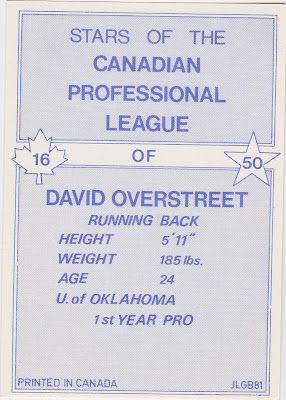 Tonite marks the official start of my fantasy football league's 33rd season. Yup, we've been at it a long time. The owners in my league are my college friends or friends of my college friends who have been involved for many years. Half the league will be together here in Houston for the draft, the other half will be drafting online. Such is the way of the world these days.

We used to all be together and draft at someone's home or apartment or occasionally at a restaurant that would give us a room to use. One of our favorite things was drafting on Labor Day with the Jerry Lewis Telethon as a distraction and sending out for pizza or grilling burgers.

Those of you that can't remember life before the internet will have to trust me when I say that back in the Dark Ages not everyone had the latest football info or up-to-the-minute cheat sheets and depth charts. Most guys bought a copy of Street and Smith Football or a similar magazine printed months earlier and drafted from the dated info it contained. Drafting a guy who'd been cut the week before wasn't unusual, especially if you didn't track the transactions in the paper every day.

If you made the effort to find a Pro Football Weekly season preview issue you were way ahead of most everyone else. Those things usually hit the shelves a day or so before the draft. I can remember checking for it at some pretty sketchy downtown Houston "newsstands" the night before the draft.

Given all that I guess it shouldn't have been a surprise when, during the first round of our 1984 draft, one of our owners took Dolphin runningback David Overstreet. He's been a star at the University of Oklahoma, played a couple of seasons with Montreal of the CFL (including a Rookie of the Year 1981 campaign) and, after finally settling his contract issues with Miami, showed promise with the '83 Dolphins.

Then as now runningbacks were a valued fantasy commodity and drafting a young star in a keeper league like ours could pay dividends for years. So, all in all, Oversteet made sense as a first round pick. Except for one small detail. David Overstreet, you see, had died about three months prior to our draft when he ran off the road on a north Texas highway and plowed his car into a gas pump island.

The instant the Overstreet pick was announced by the sadly out-of-touch owner eleven sets of eyes locked on him. I guess we wanted to see if he was making a poor attempt at fantasy football draft humor. After a few seconds it was apparent that he had made a serious pick of Overstreet and hilarity ensued.

I'm not proud of it, Overstreet's death was the cutting short of a promising life and he left behind a young son, but I have to admit that the 1984 Ed Hughes League draft will forever live on among our league's treasured moments.

The posted card is, as far as I know, the only card of David Overstreet ever issued. It's from the 1981 JOGO set of CFL players. I picked it up on eBay earlier this summer.

The '81 set was the first for the company. Last season they issued their 31st annual set. On their website they claim to be the second longest continuous run sportscard brand. I think it's pretty cool that they link to the photographers they use for their cards.
Posted by Commishbob at 7:01 AM