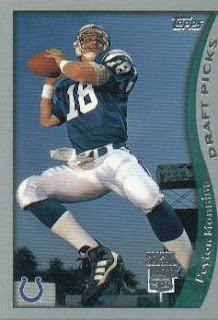 Back in 1998 I drafted Peyton Manning in our fantasy football draft and stashed him away while he took his rookie lumps. I rode that arm for awhile and then traded him off.

Wednesday night I ended up facing a decision as the quarterbacks slid away in this years draft. It came down going back to Ben Roethlisberger who I've had for a couple of years, gambling on rookie Robert Griffin III or taking creaky old Peyton.

I took Manning and later backed him up with up-and-comer Jake Locker and Matt Cassel who has quite a few weapons this year. I hope I don't need either of those guys. 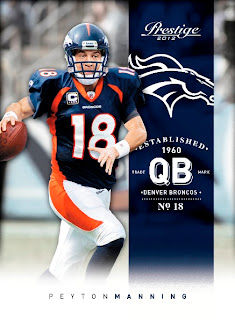