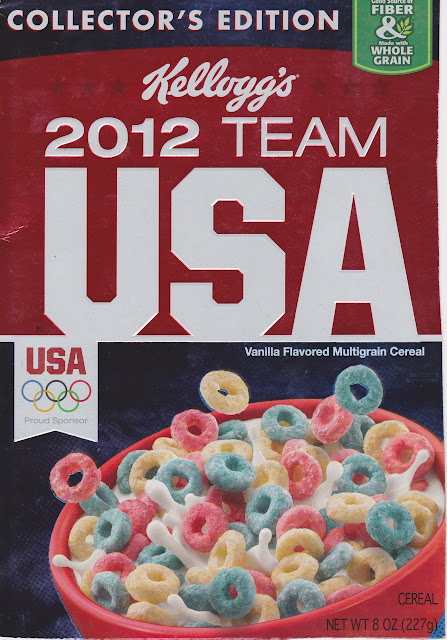 Since I'm a guy who avoids the Olympics as much as I can (they let the pros in, use crooked refs and judges and never show wrestling anymore) I'm not as burned out as most of you probably are. So when I passed this box of Kellogg's 2012 Team USA cereal on a Kroger endcap I was intrigued. It's been awhile since I've seen any food issues. Particularly cereal box issues. I know there are some, maybe a lot, but I haven't bought much cereal since my kids grew up.

I had assumed there are different cards on different boxes but a cursory googling didn't help me there. I only found pics of the same cards I got on my box. I DID find folks selling these boxes on eBay for $8.00 or so, or at least trying to.


EDIT: I found a thread on some card forum that indicated that these cards were also printed on at least one other Kellogg's cereal, Rice Krispies. The poster showed a scan of the front of the box and there was nothing there to indicate the cards were on the back. I find that kind of weird.


There are eight Olympians on this box, six of whom I've never heard of. I remember Summer Sanders as a swimmer and kids show host and you simply can't avoid the beach volleyball women (I don't know why that's in the Olympics but that's another story). The rest don't register with me but I'm sure they do to some of you. 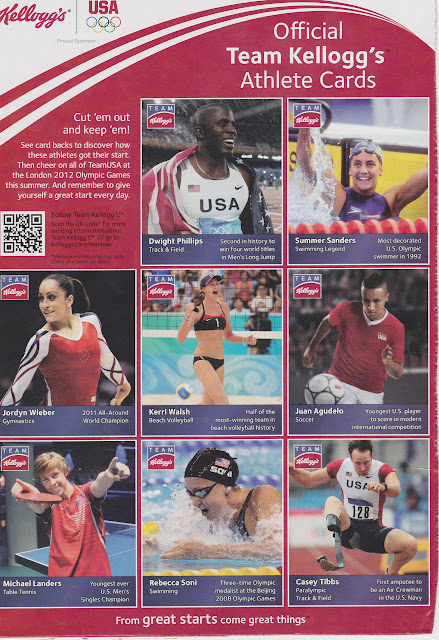 Kellogg found some pretty good action shots of the athletes to use here. The 'Team Kellogg's' logo is a bit too big but the cards are attractive for a promo issue. The cards are not standard size measuring 2 3/8 by 2 3/4. The back of the cards contain a blurb about how each of the athletes got their 'start' in their sport. 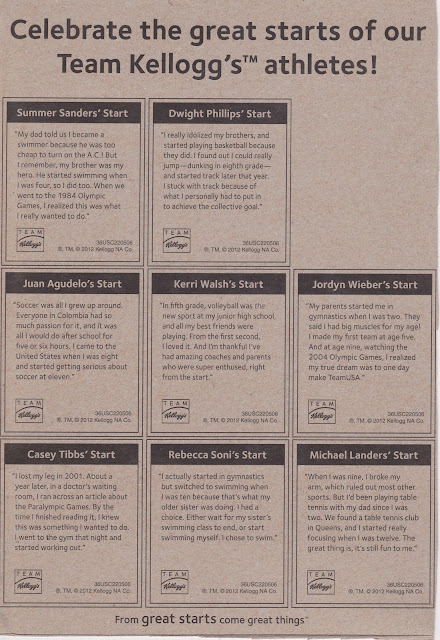 Obviously my skills with a pair of scissors isn't much better than it was back when I was chasing Post cereal cards. And before you ask, the cereal itself tastes pretty bad. A 'vanilla' flavored cereal sounded odd and tasted that way as well. Most of it ended up in the trash although my dog seemed to like the handful I gave him. 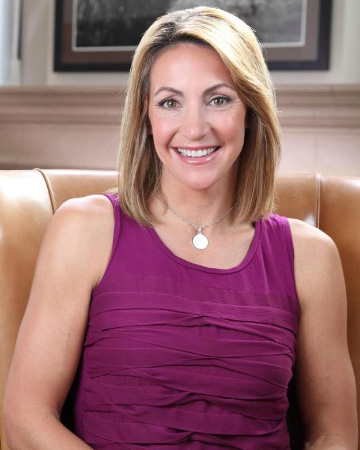 Posted by Commishbob at 1:03 AM