I've had this post on hold as I gathered a few cards for my '67 build. Everything in this post came via eBay or Net54 buys. But not COMC which is where I've spent about 75% of my hobby money over the last few years.

Four months after I requested shipping I got an email from COMC that they were packaging my order. That was two weeks ago, and nothing since. I've hated to criticize any business during this time but COMC had the time and resources to send multiple emails a day touting their latest auctions. Once I get this last order in hand I am requesting a transfer of the money I have there (and it's a lot) to be sent back to my PP account.

Enough of my bitching, let's look at cards. Yaz' signature look like a few I've seen from 90-year-old former players. Neat card though. 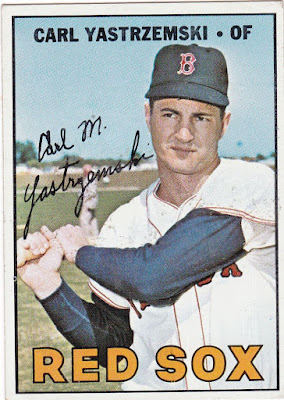 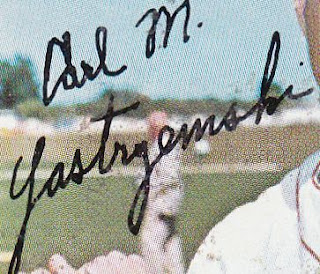 Here's a relatively young Pete Rose. This set is such a nice one. I can't believe I waited this long to work on it. OTOH...those high numbers will be the death of me. 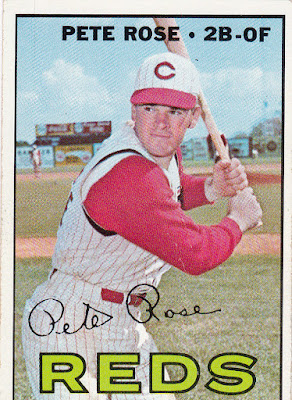 I scanned the back of Pete's card for some reason. Maybe just to remark on how these backs contain almost everything...vitals, cartoons, a write-up blurb, and yearly stats. Not complete stats by any means but these were the numbers we cared about back then. 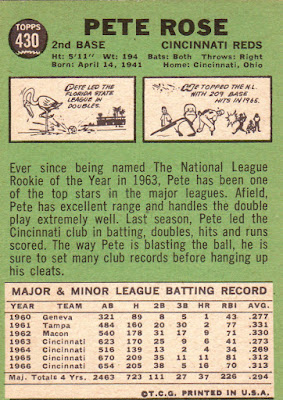 The Hammer makes an appearance. 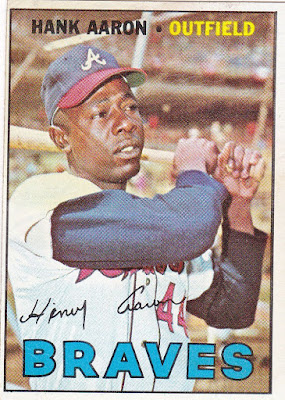 As does Ernie Banks. I love everything about this Banks card. 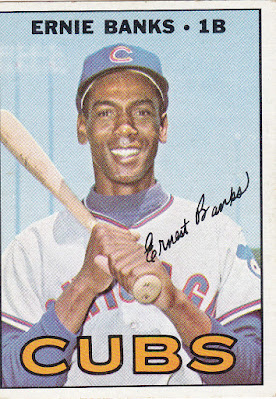 And the late, great Bob Gibson. I wish my scanner treated these 67s with the respect they deserve. It likes to cut off borders. 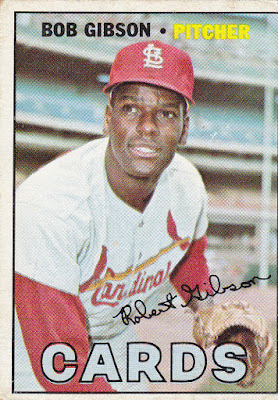 Finally it's Vern Law. He's not a star of the magnitude of the others in the post but that shot in Forbes Field!! That's the University of Pittsburgh's Cathedral of Learning Tower in the background. That's whats lacking in a lot of modern sets...fun backgrounds.

I mean just look at that card. I have a friend who grew up in Pittsburgh and attended many games at Forbes. I always tell him how jealous I am of that fact. 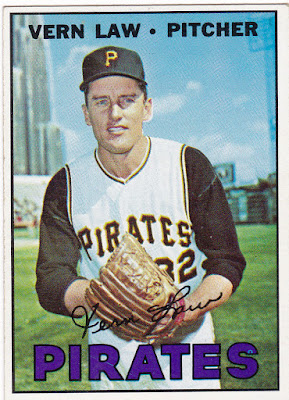 Here's a shot of that building. I just learned that the Pirates sold Forbes to the university who wanted more space to expand their graduate program. 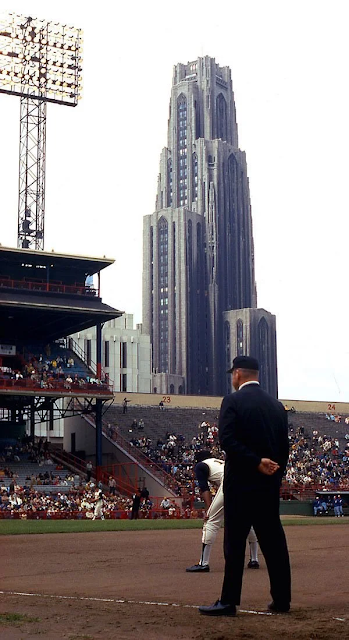 And here's the view Pitt students had from the top looking down at the 1960 World Series.  "Hey, is that Clemente on second...or Smoky Burgess?" 😏 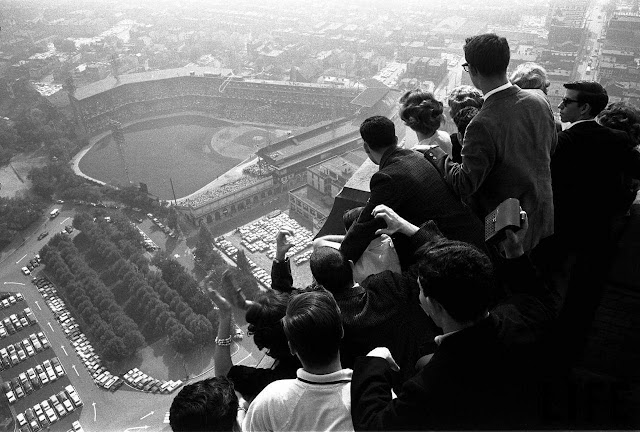 I'm rolling right along with the set. I'm about 100 cards short, give or take. About a third of them are from the lower numbers but most are from Series Seven. The list is link over on the right. If you have a spare Seaver rookie you don't want cluttering up your desk, hook me up, OK?

Posted by Commishbob at 6:24 PM