Here are a few more from my spending spree. I meant to spread the super-duper stars out a bit but whatever. Still some pretty nice cards.

Lotta power in these smiling Pirates. 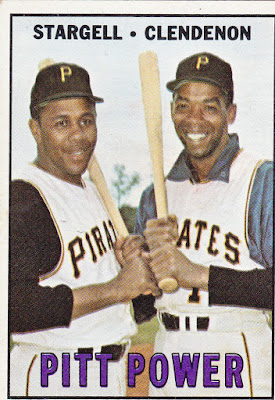 If there was anyone on the '69 Mets I liked it was Donn Clendenon. Probably because he'd been a member of the original Expos, even if for only a few months. I'd latched on the Expos as my NL team. I have always had an affinity for expansion teams in baseball. I'm not sure why. I dug the original Padres as well.
I remember what an interesting time it was. Clendenon had refused to report to the Astros earlier that year after the Bucs dealt him this way. 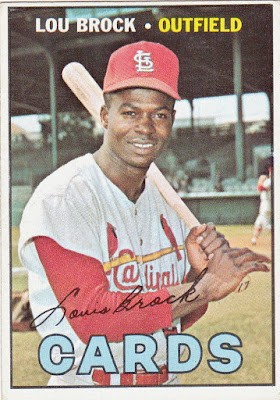 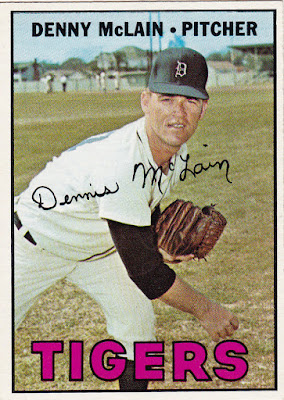 Denny McLain recently had a big garage estate sale of much of his memorabilia. He invited people to browse through his house and promised refreshments. I didn't have to wonder if Pepsi was on the menu. He served hot dogs as well. 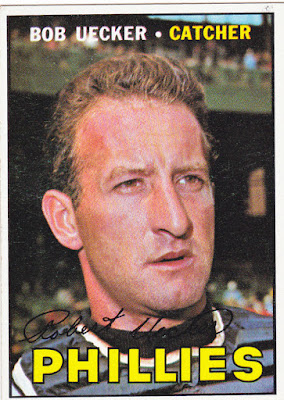 Bob Uecker sure got a lot of mileage out of a six-year stint in the majors.
Got some team cards as well. Damn scanner cut off the right side but these are already in the binder so I'm not rescanning. One of these is not like the others. Hmmm.

The Braves moved to Atlanta in 1966. Maybe...well, I have no idea why that would make Topps use the shot they used. and not crop out the background.

Some good news...after just north of four months, today I received an email from COMC...my order from the first of July is being shipped. Glory be.

Posted by Commishbob at 8:35 PM