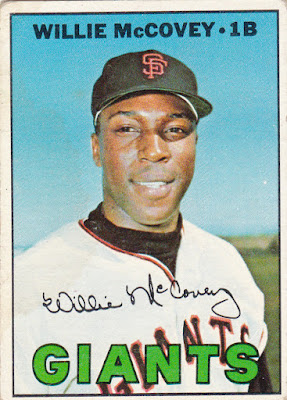 I'm at an odd spot with my 1967s. I'm past the point of no return, as it were. I've made a couple of decent-sized 'lot' purchases which kind of commits me to the set. But I'm not yet to the point where I'm trolling COMC and eBay to begin filling in slots. In fact, I don't really know what slots I have open.

I don't collect McCovey cards per se, but I sure do enjoy onwing some. The one up top is one of my favorites. A great portrait shot.  The '67 set is so clean. 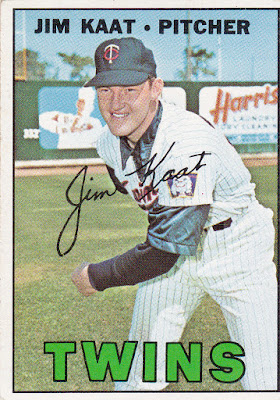 Jim "I'm not in the Hall of Fame you dummy' Kaat looked like a high schooler himself. And he did for another 20 years.


We moved from New Jersey to Houston (for the first time) in the summer of '67. It's hard to believe now, but the house my folks bought was just about at the western edge of Houston civilization. There wasn't a whole hell of a lot between us and San Antonio. But we were close to a shopping center where there was a brand new supermarket and an Eckert's (now CVS). Both sold cards and I bought plenty of them since I didn't know a soul and had nothing else to do but continue to build my '67 collection. Lord knows it was too damn hot to do anything outside.

Another lefty, Whitey Ford. If I had a buck for every time I saw him pitch at Yankee Stadium...I'd probably have thirty bucks. At least. 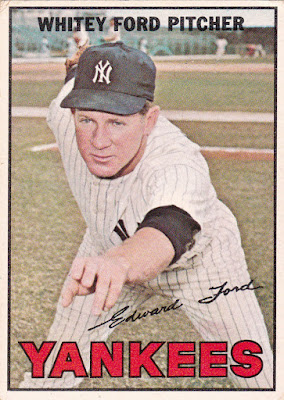 Don Drysdale. here's a fun fact...from Opening Day right up through the month of June in 1968 Drysdale made 18 starts. Only once in those 18 starts did he allow more than two earned runs. Once. 'Year of the Pitcher' or not, that is damned impressive. And of course, that run included his stretch of six consecutive shutouts. 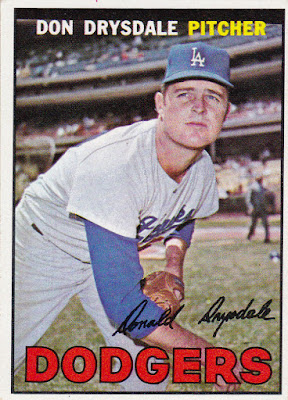 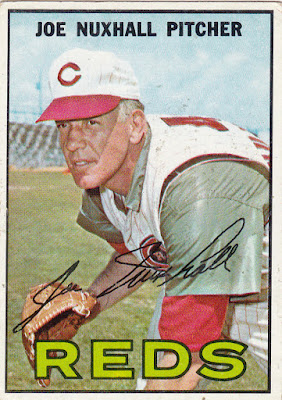 Rico Carty who kept his wallet in the back pocket of his baseball pants because he didn't trust banks fo the clubhouse safe. At least according to Jim Bouton in Ball Four. 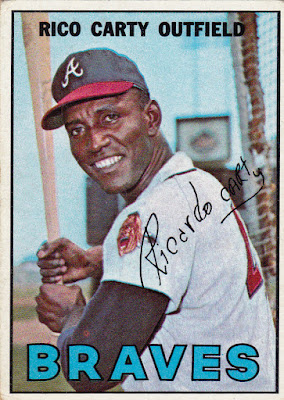 And last but certainly not least, one of the big cards from the high number series...#600 Brooks Robinson. I really love this card. I own one that's slabbed as well as this one which will go in the set binder. I used to have a couple more of this but at one point while I was at college my brothers, and some cousins who were visiting decided to make a 'scrapbook' of Orioles cards and cut them up into their component pieces (name, photo, team name, etc) and glue them into spiral notebooks. Lucky me.

I also sent one to the first person I got to know when I joined the hobby community online. He was an Orioles fan in Australia and I sent him a box of Orioles cards, maybe 100 or more. I never heard back from him. He never again responded to my messages. I wasn't looking for something in return or even a thanks, but to just ghost me was pretty weird. I hope he enjoyed the cards. 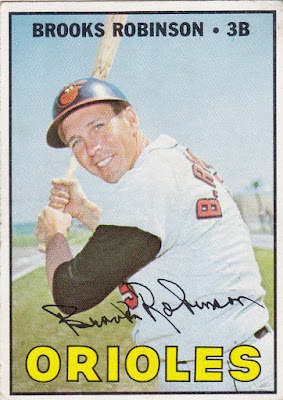 I'll commit to this set with some energy once I clear off some of the projects that are sitting on my desk right now. One of those projects, something I've wanted to tackle for maybe three decades, is finally coming to fruition. I'm saving that for another post.
Posted by Commishbob at 9:24 PM