A few eBay pickups that have arrived over the last couple of days.

This photo of Orioles pitcher Wally Bunker came from the Miami Herald archives and is dated February 21, 1965 on the reverse. That was probably around the date pitchers and catchers reported.

As I've noted several times here, I used my earnings from my Newark Evening News delivery route to buy a Rawling Wally Bunker model glove in the summer of '65. I still have it. I've been tempted to send it off to be refurbished but the cost gives me pause. After all, with my kids grown and out on their own there isn't much chance to play catch around here these days. 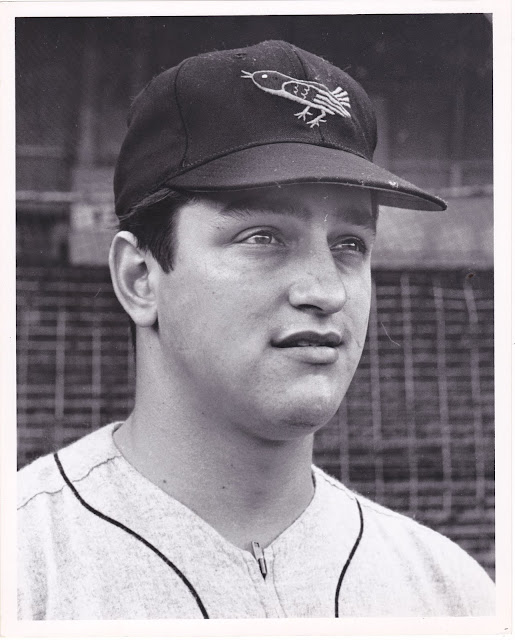 Next picture is an AP news wire shot from the 1970 World Series Game One win celebration. Three faves here, Boog, Ellie, and Brooks. Good times. I watched much of that Series on the University of Houston campus in the University Center. I also remember listening to Game Three in my biology lecture with and earpiece. I didn't do too well in Bio but I can't blame the Orioles. 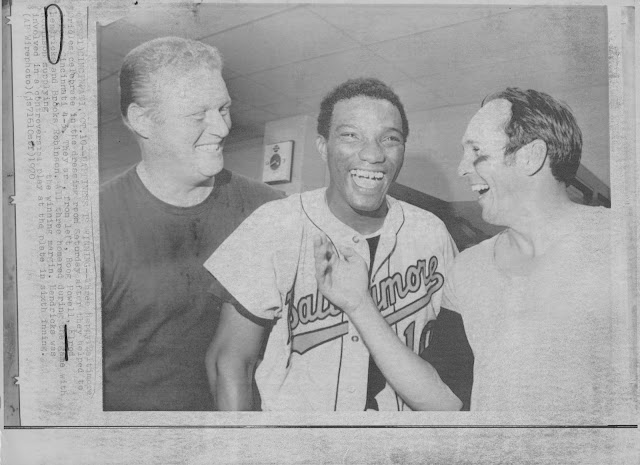 Speaking of the University of Houston...

Harold 'Hal' Lewis was a local guy who played halfback and returned kicks for the Coogs in the late 50s and was a co-captain on a couple of Missouri Valley conference championship teams. He was drafted by the Baltimore Colts in 1959 as a 7th rounder, the 84th pick overall. He played in parts of three seasons in the pros. Besides the Colts he suited up for the Bills in 1960 and the Raiders in 1962. 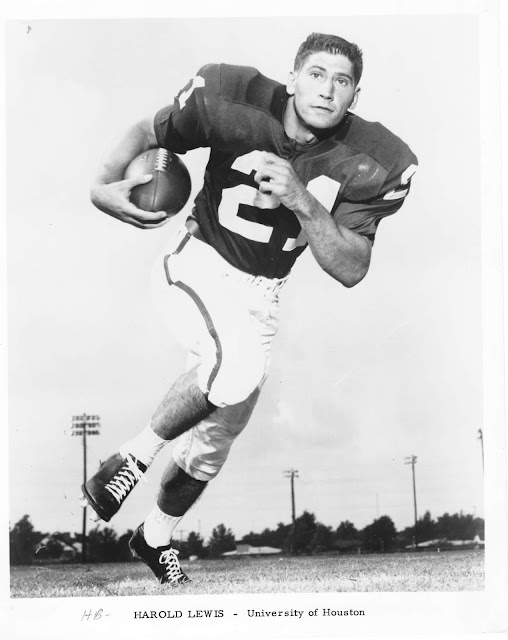 I bought the Lewis photo for a couple of reasons. First of all, I recognize the locale. The picture was taken on what was the football team's old practice fields which were still in use when I arrived and on which I spent many an afternoon. They also served as the intramural fields when I worked in the IM/Rec offices. The buildings in the background were across Scott Street from the fields.  The pic was cheap and didn't cost me any extra shipping.

In a fun coincidence, I had picked a nice lot of Baltimore Colts publications over the holidays. And one was this 1959 Colts 'Action Pictorial', which is essentially their yearbook. 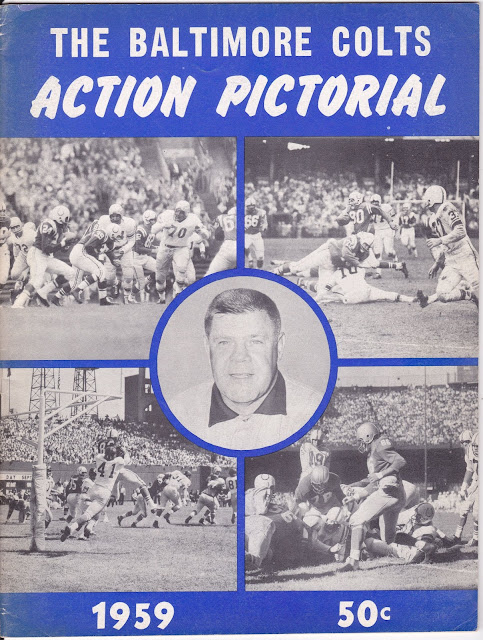 And rookie halfback Hal Lewis appears. It's the same pic! 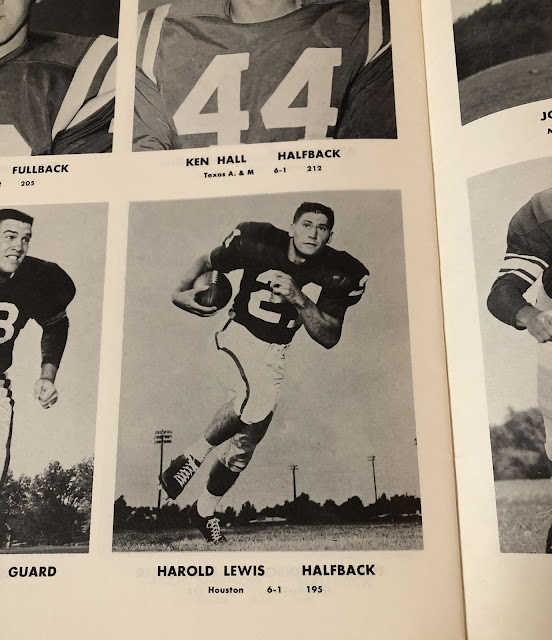 And I also won this 1959 NFL title game program. It was one of those auctions on eBay where the seller had it listed so low I thought it might be a reprint. But it is genuine and I got it for a song. 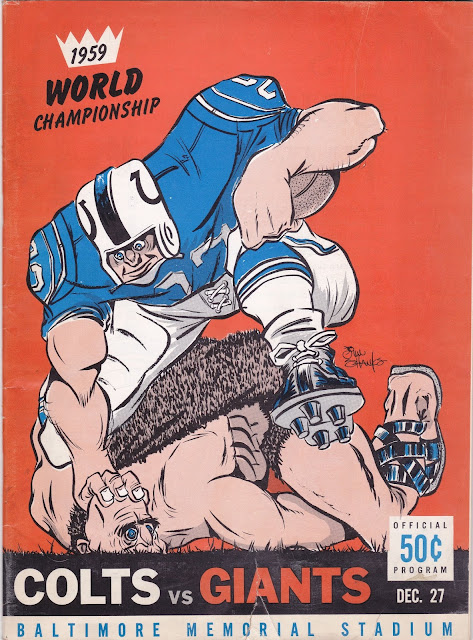 And rookie back Hal Lewis appears in this one, too. But now he has a picture showing him in his Colts uni. 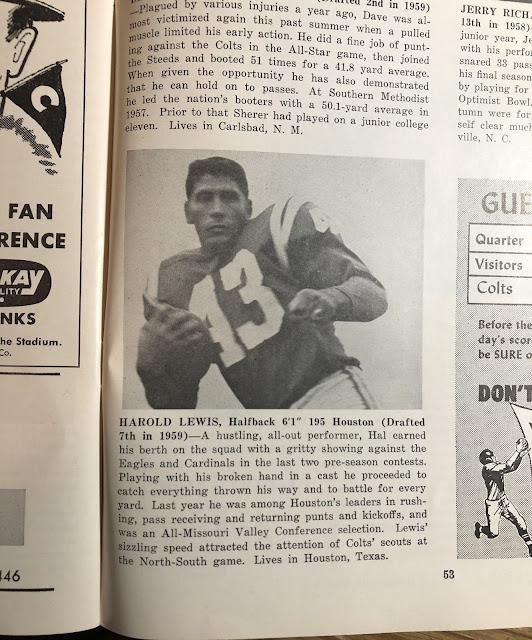 After playing sparingly during the regular season, Lewis got into the championship game and made the stat sheet with a 12-yard kick return. He appeared in only two games for the Bills in 1960, but he had a bigger role with the Raiders in '62, appearing in 11 games.

He was out of football after that and went to work in the private sector. Lewis passed away in 2014.  Through the years the Baltimore Colts drafted four University of Houston players. I should make them a mini collection.
Posted by Commishbob at 10:33 PM