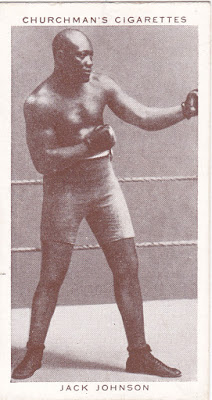 I'm always surprised at how affordable vintage tobacco sets are (especially English sets). Twenty bucks, give or take, can get you 50 cards that include some of the best boxers in history.  And the sets are easy to find. I've had my eye on this for a while and found one in nice condition at around that price.

Up top, we have the great Jack Johnson. A product of Galveston, Texas, just down the road. Here's the back. 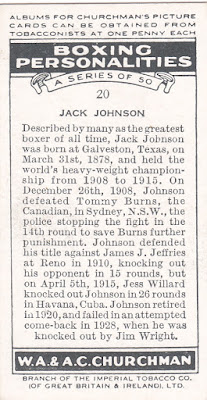 Max Baer and one of the greatest fighters that nobody talks about, Henry Armstrong. He was my grandfather's favorite. 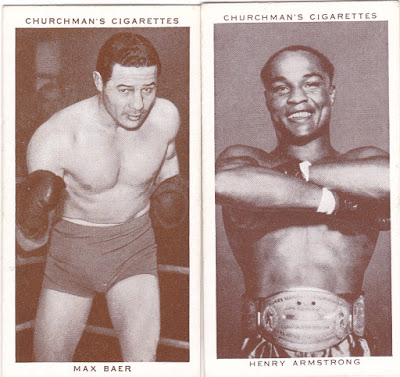 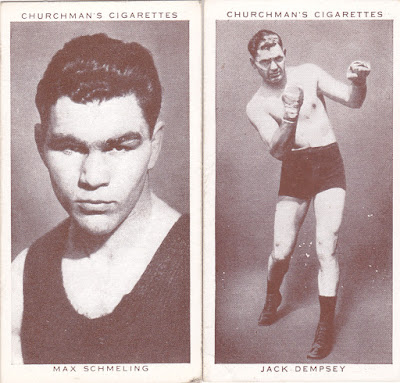 Four more great ones...James J. Braddock, made famous to modern audiences through Cinderella Man, one of my favorite boxing flicks. Primo Carnera was well known as a wrestler after his boxing career. I grew up going to school with one of his nephews. And below them, Gene Tunney and Joe Louis, considered by many the greatest of all time. 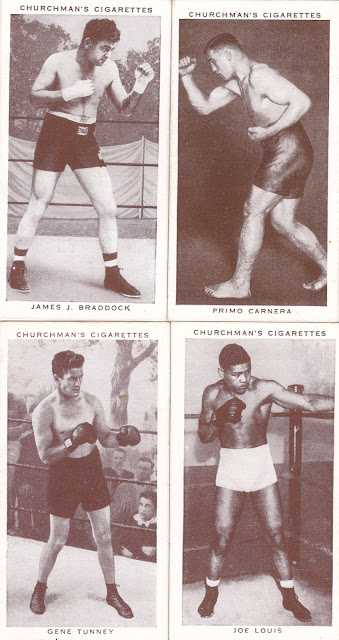 The back of Braddock's card.... 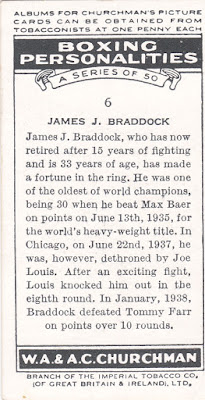