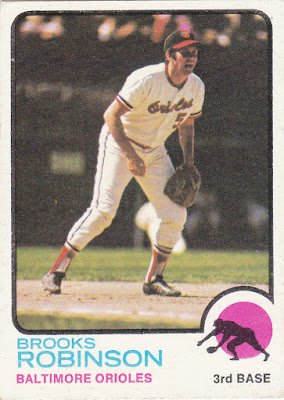 As noted in my last post, I'm far enough along with my '74 and '57 sets that I can start to deal with what is likely my last set build for a while.

As has occurred a few times before, this one sort of fell into my lap via a starter lot that I couldn't pass up. Prior to coming across that box, I'd never really given any thought to collecting it other than in a general, 'I'd like to do more 70s sets' kind of way.

1973 was an interesting year in America, more interesting than the '73 Topps design for sure. Secretariat, the GOAT of racehorses, won the Triple Crown. George Steinbrenner bought the Yankees. LBJ passed away. Spiro Agnew resigned as Veep. The Orioles won the AL East but someone else won the World Series, I forget who it was. ;-) The World Trade Center and the Sears Tower opened in NYC and Chicago, respectively. The Watergate hearing began. And OJ Simpson ran for 2000 yards, the first NFLer to do so. 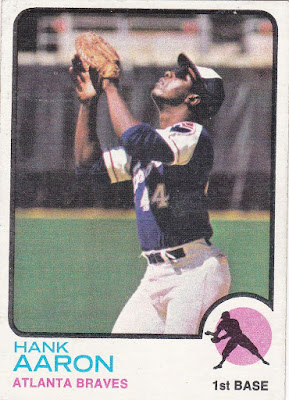 The box (unlike that damn 1974 starter pile) had about 300 cards in it, and (hooray!) no dupes.  It included many star cards and overall the cards were in nice shape. It's probably the first starter lot I've bought which lacked any cards that immediately said: "upgrade me!".

Factoring in the Orioles team set I already had plus some stars I've picked up though the years I'm at 341 of 660 cards, about 52%. When I was done sorting and check listing I wound up with about 25 dupes, almost all were stars and Orioles. All the cards in this post are part of my stack of dupes and some are a bit rough around the edges, literally. 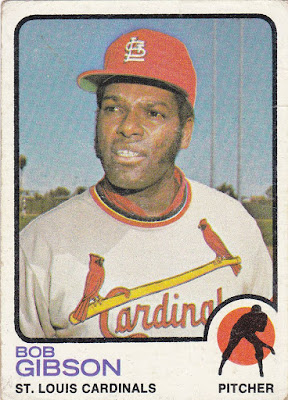 The only 'high ticket' card is, of course, the Mike Schmidt rookie. But I've been lucky in the past in finding reasonably priced  star/rookie cards and hopefully the Schmidt won't be the exception. 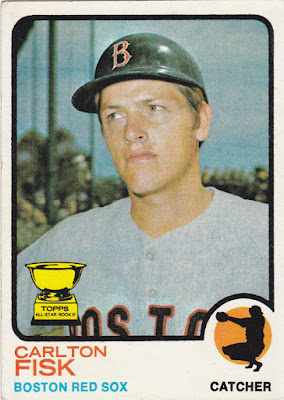 There is also a set of unnumbered team checklists almost identical to those that were issued in 1974. They are cheap and easy to find. 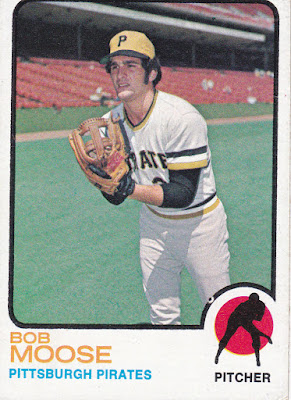 There are a few 'errors/variations' in the set, different coloring for some managers/coaches cards and 'broken' black borders around the photos on a few others. Nothing that sounds like it needs to be included in my binder. 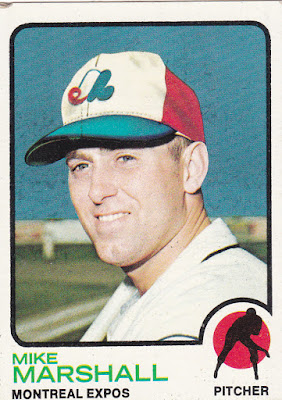 That Mike Marshall card is interesting in that he had been with the Expos since 1970 and yet Topps airbrushed a photo of him in a Tigers uni. His days with Detroit ended when he was drafted by the expansion Pilots in October of 1968. So the photo is from spring training of '68 at best. 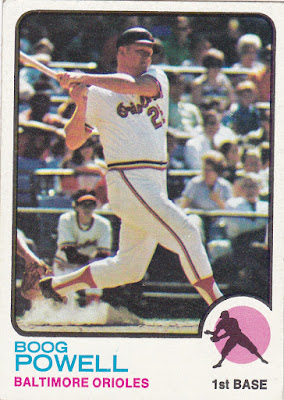 This is one of my favorite Boog Powell cards. Classic Powell swing on a bright Baltimore day with batboy Jay Mazzone in the background. 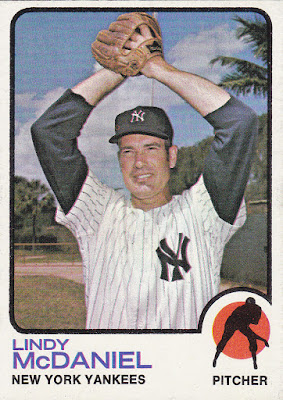 Like the Bob Moose card, this Lindy McDaniel is a dupe because I casually collect their cards. He was in his 19th season in the bigs and his 160+ innings were the second-most of his career.

I've put my '73 want list over in the right-side column. If you can help me out let me know. I'm sure we can work something out!
Posted by Commishbob at 11:01 AM