1997 Upper Deck Legends of the NFL

Football sets don't get much love on the blogs, particularly non-vintage sets. Here's one that deserves some. I think this '97 Upper Deck Legends was one of those sets that people purchased for the 'hits' (signed cards) and then just sold off the base cards cheaply. I believe I stumbled across it at a show at a bargain price. I've featured some of these in prior posts but never really looked at the entire set.

However I got it, I'm glad I did. The photography is terrific. Lots of classic shots like this one of my former 'Public Enemy #1', Joe Namath. 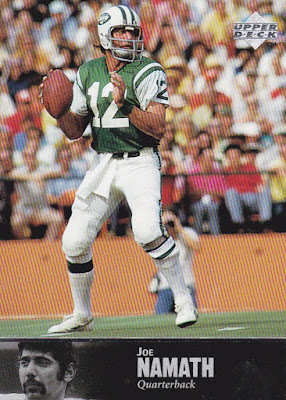 I'm sure there is a term for what my scanner does to the pics but I'm not a photo nerd, so I have no clue. But, believe me, they look sweet in hand. Upper Deck had its faults but finding and using beautiful sports photos wasn't one of them. Stadium Club gets accolades (deservedly) for its use of unique and beautiful photographs. But UD had its share of nice sets as well.

There is a high nostalgic value to the set for me certainly. This Tittle card, maybe my favorite in the set, reminds me of watching late afternoon Giants games with my father. BTW..sideline capes are simply not getting enough use these days. 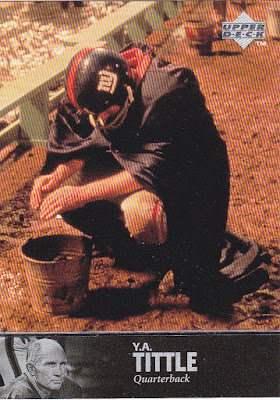 Bart Starr was another guy who was on my youthful 'enemies list'. He was the focal point of the hated Packers. But looking back over time I've come to appreciate his greatness. I can hear the late, great CBS (and Packers) broadcaster Ray Scott with his minimalist play calls..."Starr.......... this is Dowler..... touchdown." 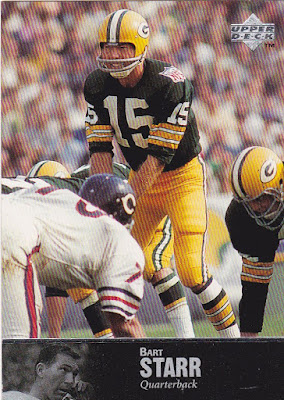 Not every card is of a quarterback, obviously 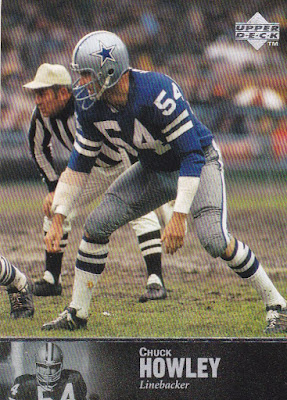 Scattered thru the set are some of those classic old school pix that appeared on cards. Helmet-less pulling guards... 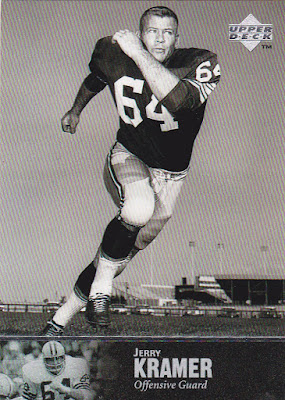 ...and helmet-less receivers doing their thing. 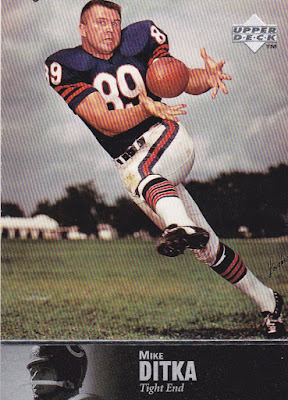 Speaking of the Bears this picture of Mike Singletary perfectly sums up his approach to the game. 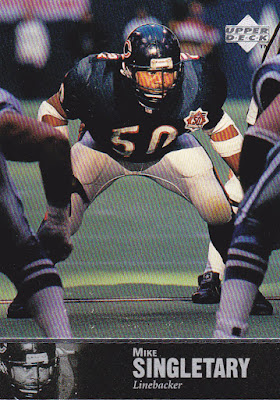 As does this one of my guy, Mike Curtis. 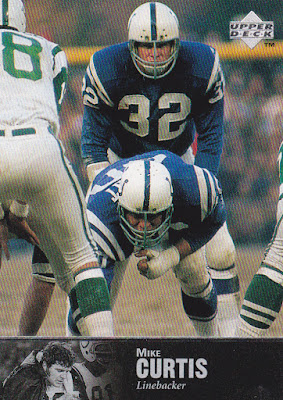 The set is dominated by color shots but some great B7W cards appear throughout. 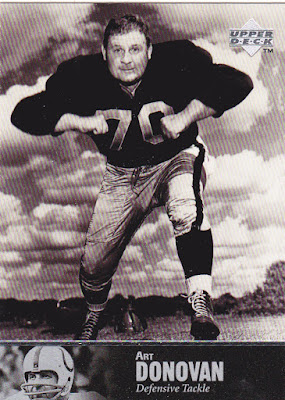 The backs have full career stats and a small write-up and career highlights. The photo used on the reverse is sometimes the same as the one on the front, but not always. 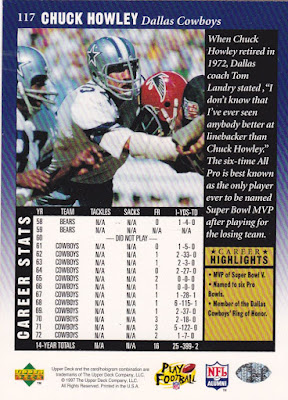 The set consists of 208 cards, the final 30 of which are 'Super Bowl Memories' and this subset has a different design. 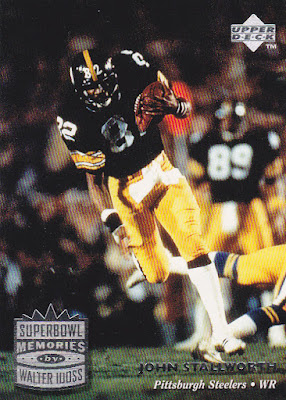 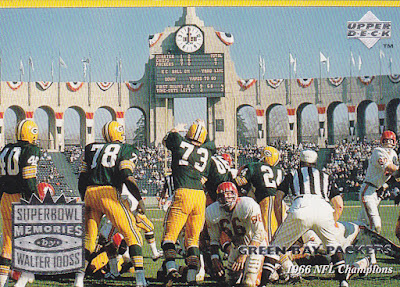 If I had a quibble it would be with this next 10 card subset. 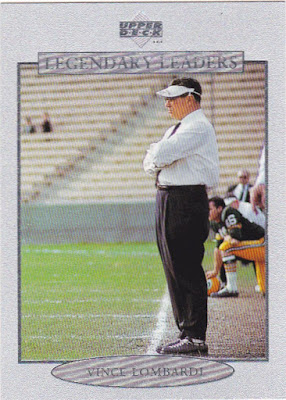 The Legendary Leaders include coaches and pioneers which is a fine idea. But choosing to use a different design detracts from the overall set. At least it does for me when I'm flipping through the pages. That shot of Lombardi would have looked better using the set's basic design. Maybe grouping them together would have been the way to go but in any case it's a small thing and the set doesn't suffer much as it is.

I mentioned autographed cards. Most of the 178 player cards were available in an autographed version. Apparently not all the players returned the cards in time but most did. The signed insert versions have a back that states that it is the authorized signed version. I decided to just find a binder page worth of these. They are not rare and many are very reasonable. I'm at six and I'll add three more on my next COMC visit.

Here are three of mine. I had bought this Lenny Moore card sometime back as a supplement to my Colts collection. 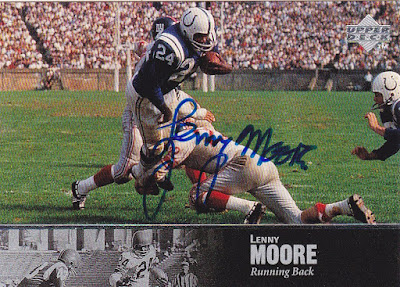 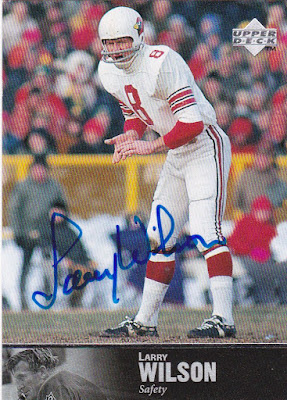 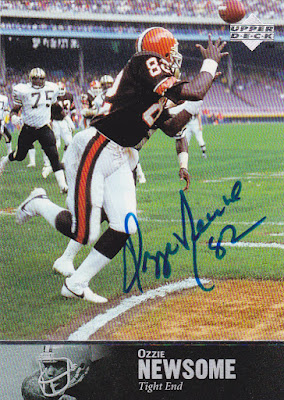 There is more to the set than I have time to write about, other available subsets, 'jumbo' cards which I assume were box toppers and so on. Cardboard Connection has a very thorough summary and delves into the similar sets UD did for other sports.

Football card folks really should look into this if they haven't already. Of course, as with most hobby stuff, I'm probably the last guy to have figured this out and its old news to everyone else. :-)
Posted by Commishbob at 10:30 AM

Email ThisBlogThis!Share to TwitterShare to FacebookShare to Pinterest
Labels: 1997 Legends