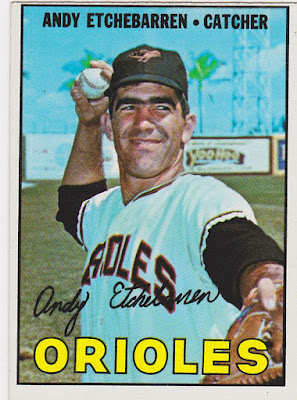 I got a great manila envelope from Fuji a week or so ago. He always sends some cool stuff. He sent cards that hit a bunch of my collecting habits. The two highlights are bookending this post.

Isn't that an awesome '67 Topps card of Andy Etchebarren? There is no mistaking that face. Etch is wearing the O's '64/'65 home uni. The last time these were worn was Spring Training of 1966 so that may be when this shot was taken. I love the 'Yoo-Hoo' sign on the outfield fence. Our fantasy football league used to award a ceremonial bottle of the stuff to our champion each year. But it got harder and harder to find so we ended that tradition.

Ryan Minor is the guy who 'replaced' Cal Ripken at 3B for the Orioles. He also was a big time basketball player at OU. I believe he is still in the Orioles system in some non-playing capacity but I'm not sure about that. 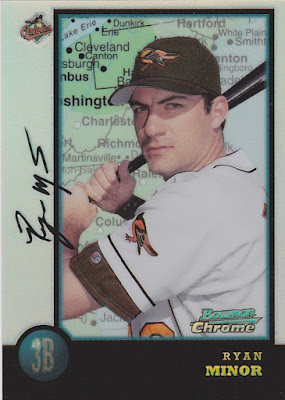 Remember 'Pogs'? They were all the rage when I moved over to elementary school teaching in the 90's. These things came from the Ted Williams card sets. I've never seen them before. When I was a kid the glass milk bottles that we had delivered to our door had round disks inserted into the opening on top and they frequently featured baseball or football players. That brings back some memories. 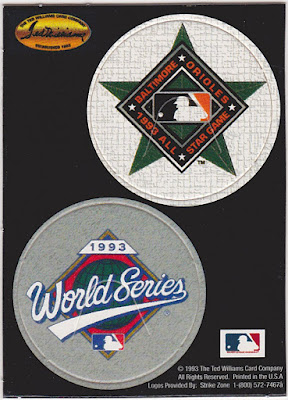 These next two cards are Topps Museum Collection items. This Brooks Robinson is one of those textured deals. It looks a lot better in person than it does in the scan. 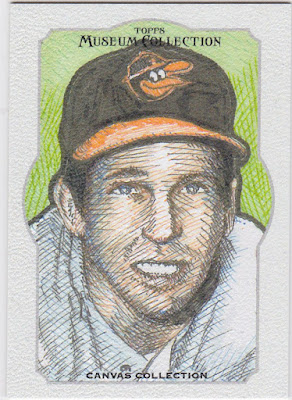 I still put Raffy cards into my Orioles 'star' box while railing against Hall of Fame votes for Clemens and Bonds, etc. Sue me. 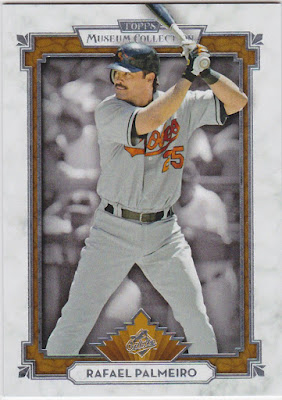 The fact that this next card features the great John Mackey of the BALTIMORE Colts far outweighs the fact that it also has a guy from that other place. It goes in my Mackey pages...I'll just try to look only at the top half of it. 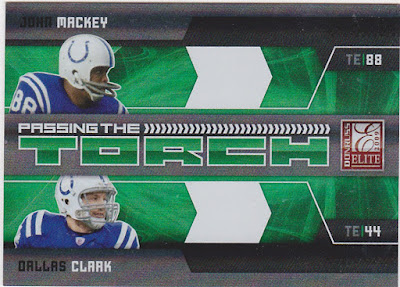 And now to address the H-Town Takeover reference in the title. Fuji sent along some signed cards of Houston Cougars! My Cougar collection has been stagnant for the longest time. I believe now is a good time to kick-start it.

Gee Gervin is the son of Hall of Famer George 'The Iceman' Gervin. Gee played a couple of seasons for the Coogs, ending in 2000. He averaged 19.2 points a game which is 10th all time for UH. He played for the Globetrotters for awhile and he plays in Sweden now. 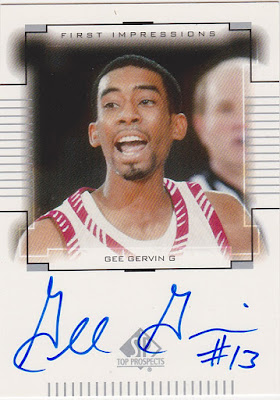 Tim Moore played in the mid-90s here and averaged just over 19 PPG. I was still a ticket holder during Moore's time at UH so I saw a lot of him. 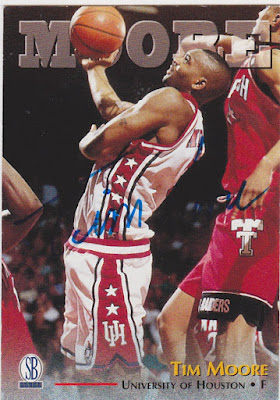 And the coolest card of all of them is this Case Keenum auto/swatch card from Upper Deck. Case is one of the best players ever to don a Houston uniform, a regular folk hero among UH fans. And he's a helluva guy to boot.

Case wasn't drafted by the NFL after his time here but Gary Kubiak, then with the Texans, immediately signed him to the Houston practice squad. He ended up playing eight games for the Texans in 2013. He then moved on to the Rams, back to the Texans and then back to the Rams for 2015 where he again found himself as a starter. He's beaten some long odds and negative perceptions in carving out a spot as an NFL qb. He doesn't have a huge arm but he makes the throws he needs to, doesn't make mistakes and can manage a game well.

I hope he continues on this path as the Rams head west for 2016. He deserves every bit of success that comes his way. 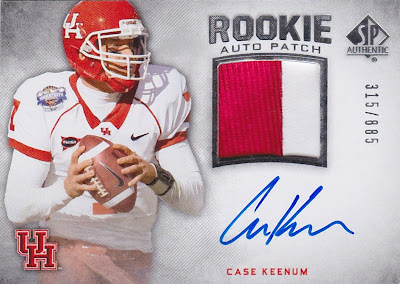 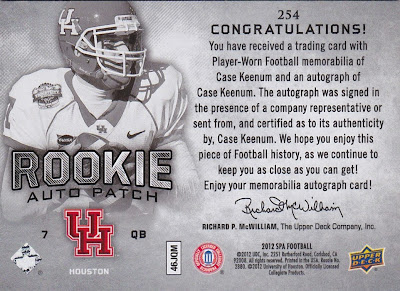 Thanks a ton, Fuji. Just a great group of cards.

Posted by Commishbob at 9:25 AM