An Owl On My Shoulder 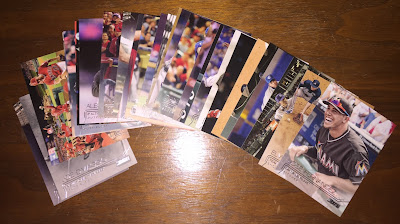 About two or three weeks ago I read another in a long line of posts about the 2015 Stadium Club set. Again I saw a couple of cards that I thought were very cool. It dawned on me that maybe I should try to collect it. I had a few of the Orioles and a handful of others so I wouldn't be starting off empty.

I gave it some thought, looked at the checklist, and decided to go for it. I determined that I would not worry about inserts or variations and all that sort of thing. I read that the base set comes in various foil colors (SC guys, help me out here) but I can't tell the difference without looking hard at them so I'll just fill slots with whatever foil color I happen to get.

I looked at eBay and started bidding on a few lots, mostly 100 or so card lots, but I kept missing out. So last week I decided to just order a box. Not an hour later I grab my mail and there is a manila envelope from upstate New York courtesy of Night Owl. And damn if it didn't contain a big stack of Stadium Club (among other things). It was a weird but wonderful (and timely) coincidence. That's part of the stack up top.

Collecting a contemporary set is going to be unusual for me but Stadium Club is an unusual set. I'm not going to blog it step by step because by now every card has been posted at some point by someone, probably a dozen times. but I will post a wantlist as soon as I have one.

I'm just going to put up a couple of the cards N.O. sent, ones that I don't remember seeing on the blogs I frequent. I ususually complain about cards where the subject is just 'one of a crowd' in the photo but even with about a dozen birds in this shot Britton remains the focus. Fun photo. 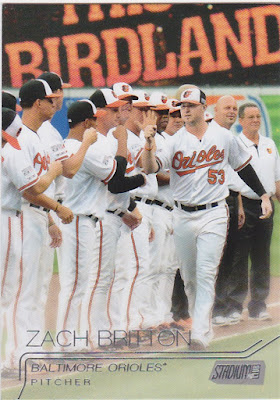 I like this card of Alex Cobb for two reasons. First that 'fauxback' uni is so hideous that it's cool. And for another there is just so much of it! Pajama unis...harumph. Get off my lawn! Neat stirrups though. 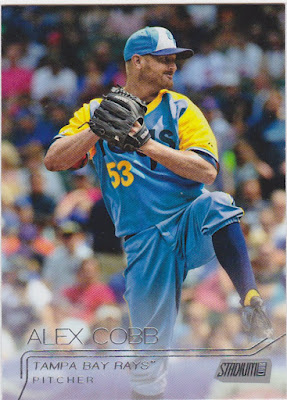 But Night Owl didn't limit his envelope to just Stadium Club. He added a fistful of Orioles cards, all of which were new ones for my O's box.

In 1994 Brady Anderson was still evolving from 'skinny' Brady to 'bulky' Brady. He was still a couple of years away from his outlier 50 dinger performance. I'd like to think that 50 homers were due to the fact that MLB jazzed up the ball in hopes of making the game more attractive post-lockout/strike. But I'd also like to believe in the Easter bunny. 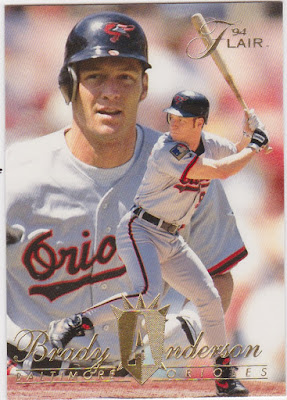 Dylan Bundy. He's been the Orioles 'next great hope' for what seems like 10 years. I think I read he's out of options, or nearly so. Welcome to Charm City, Dylan. 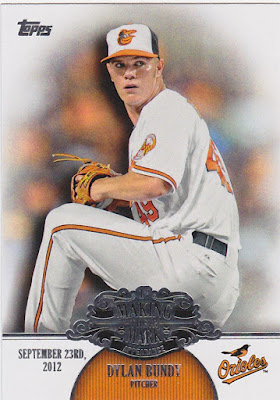 Score brand cards....one of my secret fetishes back in the day. I had a zillion Score baseball. But I never saw these. I dug a bit and found out why. These are from a set sold in conjunction with a book at big box book retailers. 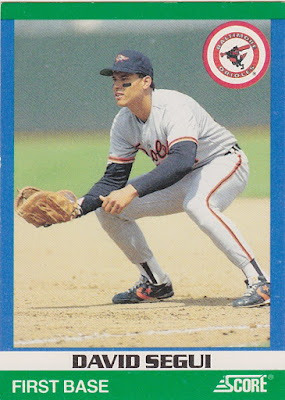 Here is what Baseball Card-pedia has to say about these: "1991 Score 100 Rising Stars is a 100-card set issued as a factory set, in a blister pack, with an accompanying book. The sets (with the book) were sold primarily through mass-market chain bookstores with a suggested retail price of $12.95. Each factory set also included six Magic Motion Trivia cards." 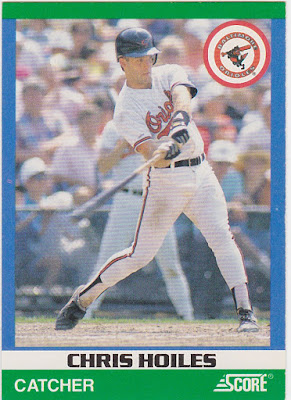 I also received a couple of new Cal Ripkens....... 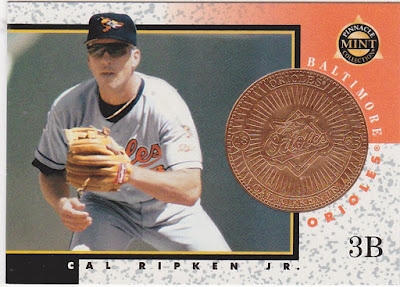 It's impossible to estimate what one player has had the most cards issued for them but if you made a list of guesses I'd sure stick Cal on it. 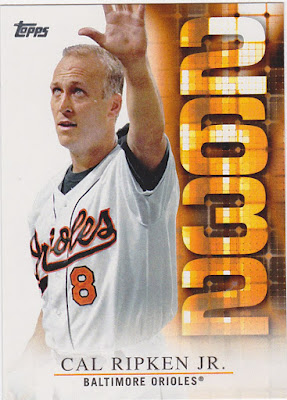 ...and a shiny Kevin Gausman (I have the non-shiny version). Some days on the mound Gausman looks good, some days, well, not as much. 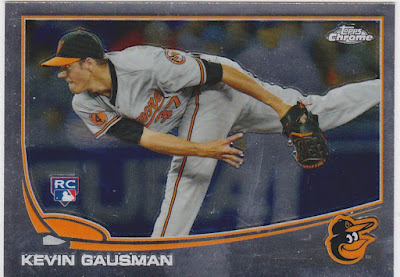 All-in-all it was a great batch of cards that I received from Night Owl. I'm looking forward to getting my Stadium Club set off the ground and this made for a nice start. Thanks again, Greg. 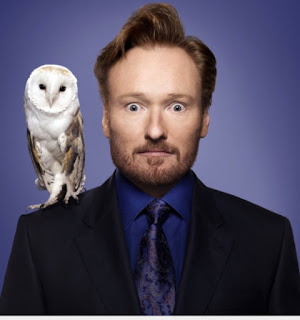 Posted by Commishbob at 8:18 AM