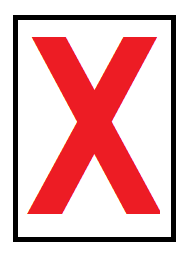 OK, I'll confess. It's the second most successful movie franchise in history. And the current one is about to become (or maybe already has become) the highest grossing movie of all time. And I don't follow it. I think my problem is that when I watched first one I didn't bother to read the crawl that rolled up the screen and explained the background. From that point on I was way behind the curve and I had no idea who was chasing who or why. So when it comes to the Star Wars chatter these days the whole world is a tuxedo and I'm a pair of brown shoes*.

Hey, that's enough negativity for one post. Let me feature some things I do like with some cards I have sitting on my desk that were waiting for a reason to be scanned. 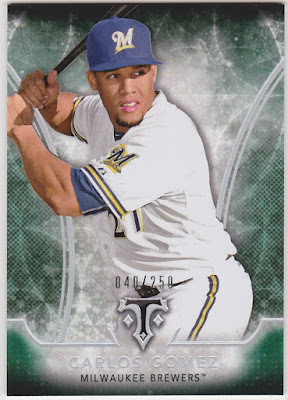 I needed a Carlos Gomez card for my fantasy baseball binder this year. But when I picked up this one off eBay or COMC or wherever it came from I didn't know it was about as thick as a floor tile. No way it would fit in a regular nine pocket page. $0.99 wasted.

I really liked this Lindor card which I bought this summer for the same reason as the Gomez. But in the spirit of having a card of a player in his big league uni I replaced it recently. But I still think it's a cool card. 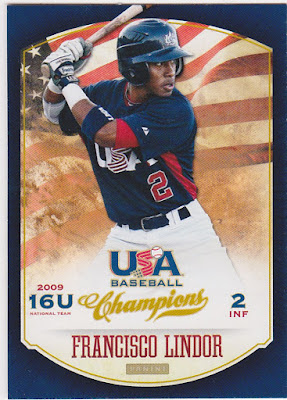 Hockey. I really really love hockey. I love it more when the Rangers win, like last night. But even when they don't I still love hockey. 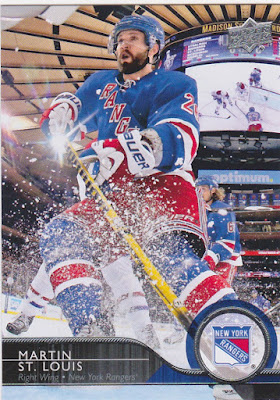 Someone posted this Martin St. Louis card on their blog a few months ago and i knew I had to find one for myself. The Madison Square Garden ceiling visible in the background isn't as iconic as the Yankee Stadium stands that provide the backdrop for so many vintage baseball cards. But to me it means even more because the Rangers, unlike the Yanks, are my team. I love the Garden!

Football. My football 'interest index' follows the relative success of the Texans and Houston Cougars, and to some extent the Nebraska Cornhuskers. Right now the Cougars are riding as high as they have in many many years. The Texans, not so much. 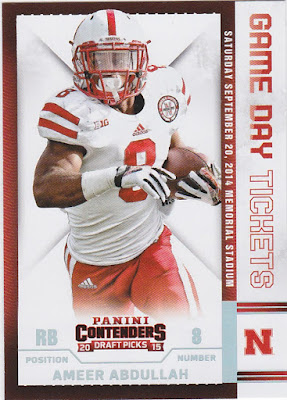 Ameer Abdullah didn't have a bad rookie season but I bet he (and the Lions) expected more. He's got a ton of talent (and is a great guy as well) and I hope he has a big second season in Detroit next year. 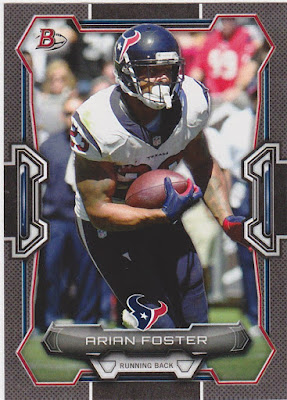 I get asked a lot if we (Texans fans) will ever see Arian Foster on the field here in Houston again. I tend to doubt it. He hasn't been healthy for several seasons and I don't think the club is going to invest more money in a questionable running back, not even Foster.

And that's in for this edition of 'What's on Bob's Desk'.

*tip of the cap to George Gobel.

Posted by Commishbob at 9:28 AM