More Things On My Desk 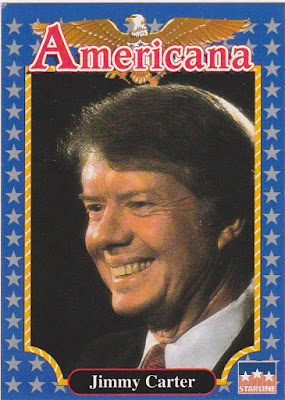 We were in Atlanta for the better part of a week for our Peach Bowl trip and had time to take in some of what there is to see in the area. The day we arrived we took advantage of the nice weather and visited the Jimmy Carter Center/Presidential Library. There are lots of interactive displays and several films are featured and a lot of emphasis is placed on President Carter's Georgia roots. This was my sixth visit to a Presidential library and as always I was fascinated by the story of what makes someone want to take on that burden.

I dug out a couple of Carter cards from the box of Presidential cards I've been accumulating. At the top is a 1992 Starline Americana card and below is Topps 2015 Presidential Chronicles card from 2015. 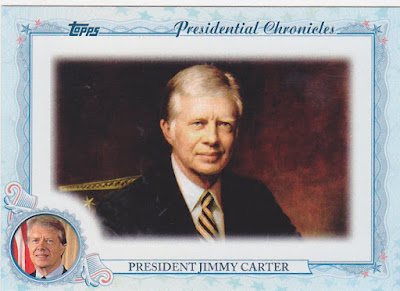 Next up is a Fleer sticker card that came my way in a PWE a few months back. Back in the mid-80s when these were distributed in packs I had a file cabinet next to my work table and I covered it with team stickers. 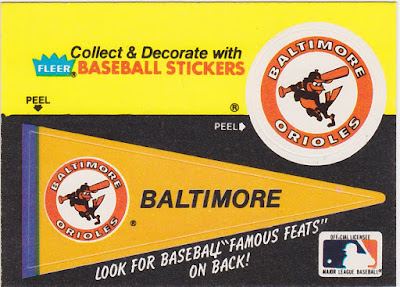 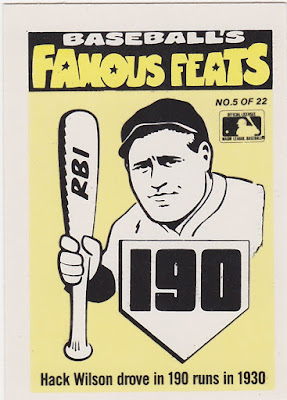 In the same stack was a generic Donruss Mike Piazza card. I always think of him a a member of the Los Angeles Baseball Club Dodgers but apparently he's going to be wearing a Mets' cap on his H-O-F plaque. 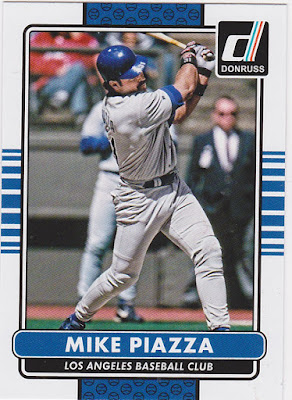 Last card to be scanned for today is a 2015 Topps Hoyt Wilhelm from some sort of Highlight subset. This came in a PWE as well and it's now part of my Hoyt Wilhelm page in my Orioles stars binder. It's kind of weird that my scanner cut off the bottom of this one. It usually saves that trick for 'late model' Topps white border cards. 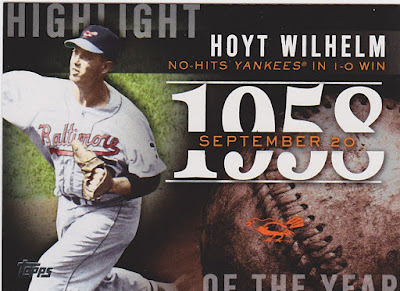 I've been very slow to post things here lately. Lot's of things have been getting in my way, not the least of which has been a lack of new material for my collection. My trip to yesterday's monthly card show (first visit in months) will go a long way to rectify that.
Posted by Commishbob at 9:46 AM